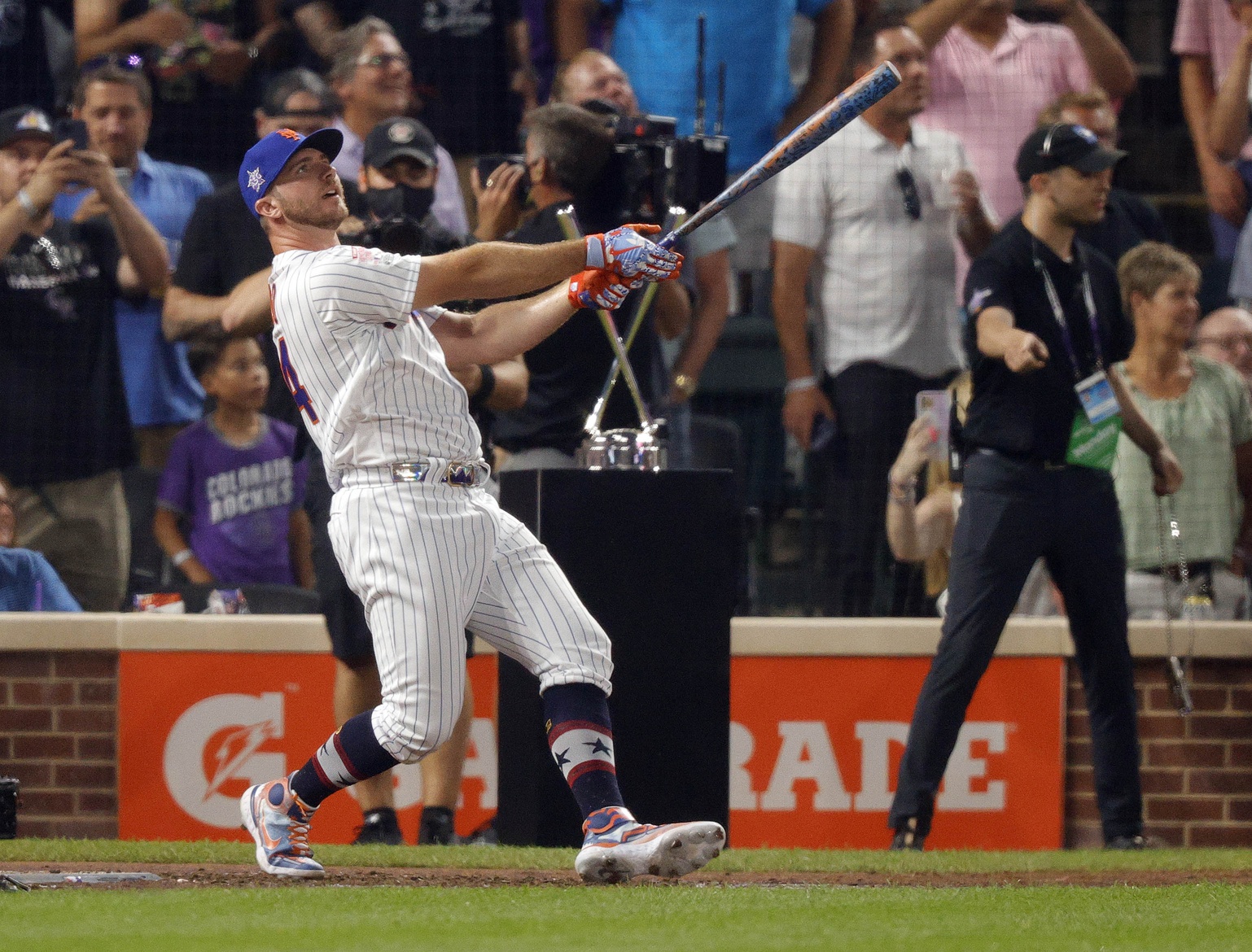 Can Pete Alonso three-peat in the Home Run Derby?

Home » Can Pete Alonso three-peat in the Home Run Derby?

Eight sluggers make up the field in tonight’s Home Run Derby. While it’s a little disappointing that Major League Baseball’s leader in round-trippers at the All-Star break, Aaron Judge, isn’t competing, it’s still a star-studded group that figures to put on a show.

Pete Alonso comes in as the favorite. And for good reason. He’s trying to become the first player to three-peat in the event, having won in 2019 and ’21. That’s worth watching.

Kyle Schwarber is the No. 1 seed in the field. He currently leads the National League in home runs with 29, just three behind Judge in the MLB race.

Albert Pujols is the sentimental favorite. The 42-year-old slugger has 685 career jacks during his 22-year career. He’ll get a nice sendoff from the appreciative crowd.

And Juan Soto has been in the news of late. The 23-year-old All-Star reportedly turned down a $440-million contract from the Nationals, a decision that made waves throughout the baseball world.

It’ll all make for great theatre. The group figures to put on a show at Dodger Stadium.

In terms of handicapping the field, there’s no reason to move away from Alonso. Yes, he’s the favorite, so that’s not going out on a limb. But he’s also a proven commodity in this event. He knows how to win it.

The Mets first baseman is having a tremendous season. He has 24 home runs, as he’s clearly one of the best power hitters in the game. He also boasts 75 RBI, which topped David Wright’s team record for the most runs batted in before the All-Star break.

Add it all up and Alonso is the pick that makes sense. Any of the other participants would be a bit of a dart. The two-time defending champion is a wise choice.