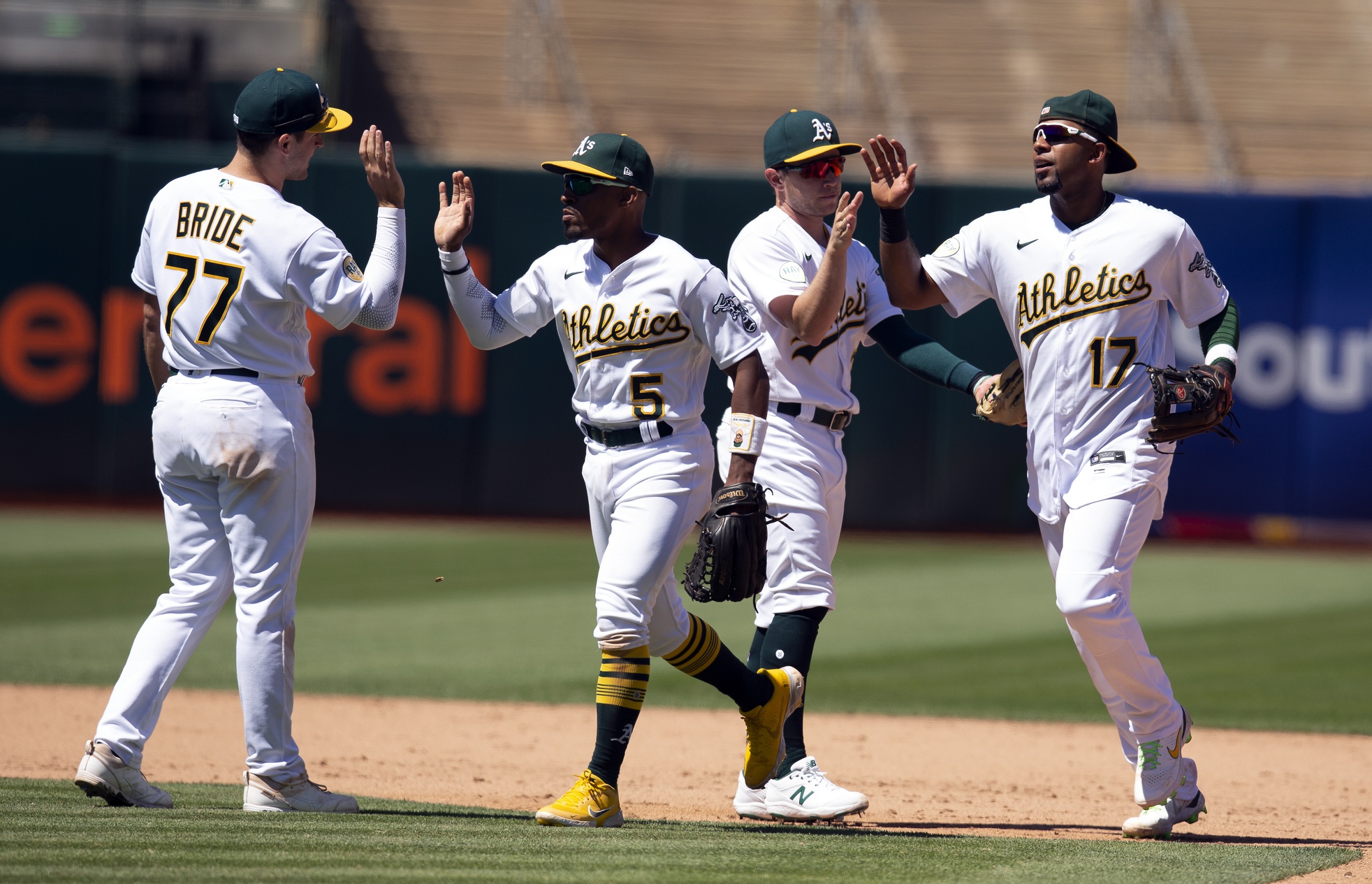 Can the surprisingly hot Oakland A’s take their winning ways on the road?

Home » Can the surprisingly hot Oakland A’s take their winning ways on the road?

Sometimes, a semi-lopsided number doesn’t make much sense. Such is the case tonight in Chicago.

Sure, the White Sox are the better team. But they’re also 49-49, the definition of mediocrity.

And yes, the A’s have one of the worst records in all of baseball. Only the Nationals have fewer wins than their 38.

But baseball is a wacky sport at times. The Athletics provide the latest proof of that axiom.

Oakland is sneaky hot out of the All-Star break. The A’s have won six of their last seven games, including a three-game sweep of the AL West-leading Astros. One of the worst teams in baseball just broomed one of the best.

And they did it in style, winning each game by two runs. That’s sticking to form, as Oakland has won five of those six games by at least that margin.

White Sox starter Lance Lynn doesn’t look like himself, posting a 1-3 record with a 6.43 ERA this year. Lynn is 0-3 with three no decisions during his last six starts and hasn’t won since June 20. He’s given up six earned runs, eight earned runs and five earned runs in three of his last four outings

Oakland starter James Kaprielian has been serviceable in his last six starts, giving up three or fewer earned runs in all six of them. That includes one run against the high-powered Blue Jays in six innings, one earned run at Seattle in six innings and a shutout of the Rangers in five innings his last time on the mound.

Is it crazy to go with a 38-63 team on the road? Perhaps. But it’s hard to ignore the trends, which point toward the A’s being good value tonight.