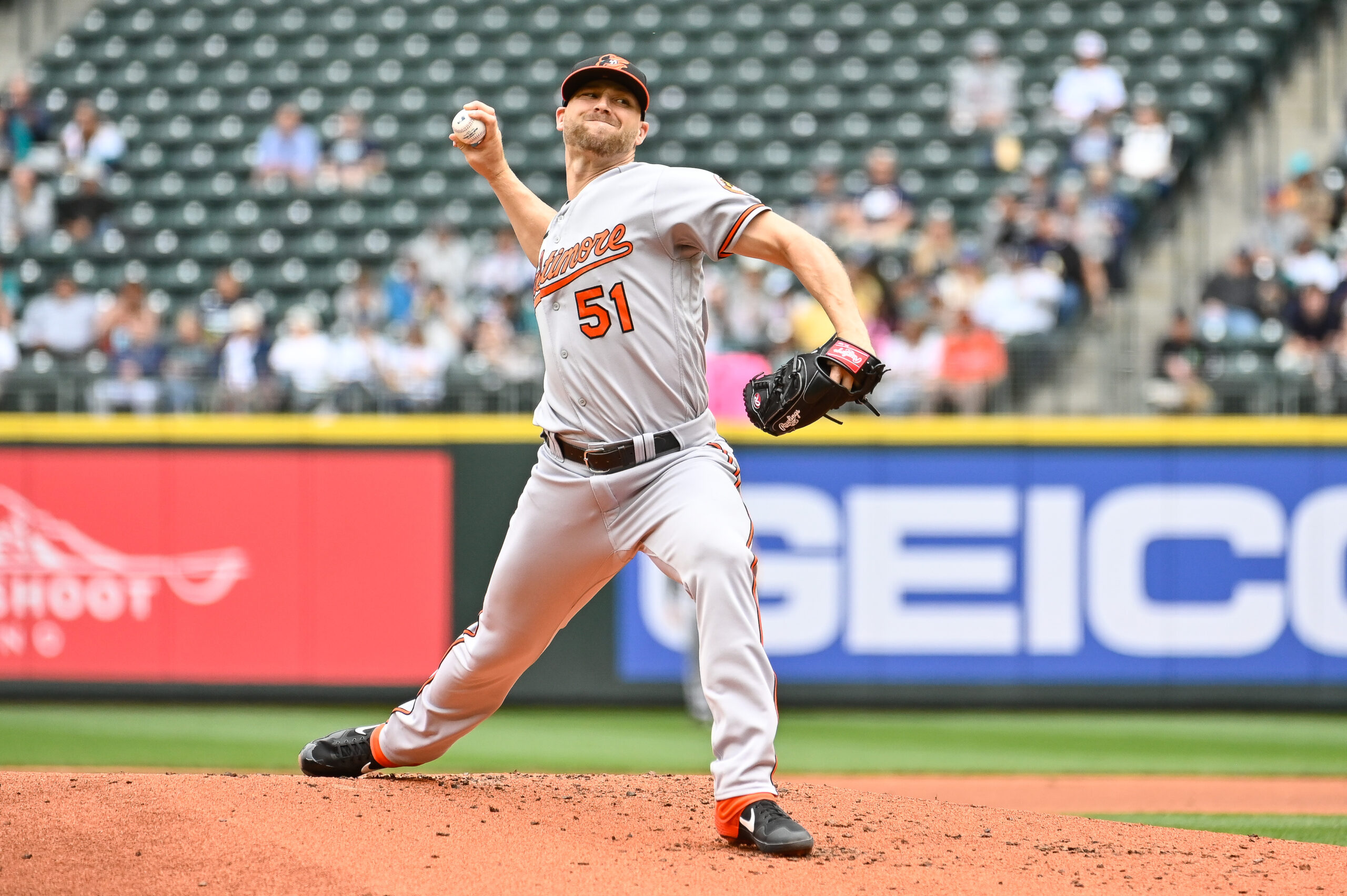 With two shaky pitchers getting starts, expect a lot of scoring at Camden Yards

The scoreboard operator had better be on his toes at Camden Yards for this one. It’s going to be a high-scoring affair for a second-straight night.

Yesterday, the Rangers and Orioles thrilled the holiday crowd with a 7-6 nail-biter that went to 10 innings. Today, they’ll put on a similar offensive display.

Spencer Howard is on the mound for Texas. He’s 0-1 on the season with a 12.15 ERA. His last start came on April 10, when he was shelled for six runs in just 3.0 innings of work against the Blue Jays.

Baltimore counters with Austin Voth. The righty is 0-1 on the season, with a 7.34 ERA. In his three starts this season, he’s pitched just 8.2 total innings. He’s a spot starter, hoping to get through three innings relatively unscathed.

It won’t be easy. The Rangers have scored 342 runs this season, the sixth-most in the American League.

Yesterday, they got contributions from up and down their lineup. But the most-encouraging stat line was Corey Seager going 2-for-4 and drawing a walk. If the Rangers shortstop can get going, their offense will hit another gear.

It’s difficult to forecast which team will come out on top of this matchup. The pitching matchup is too ugly to predict.

That said, both teams will score a lot of runs. They’ll continue swinging hot bats.

So take the over. Then, sit back and enjoy the show.