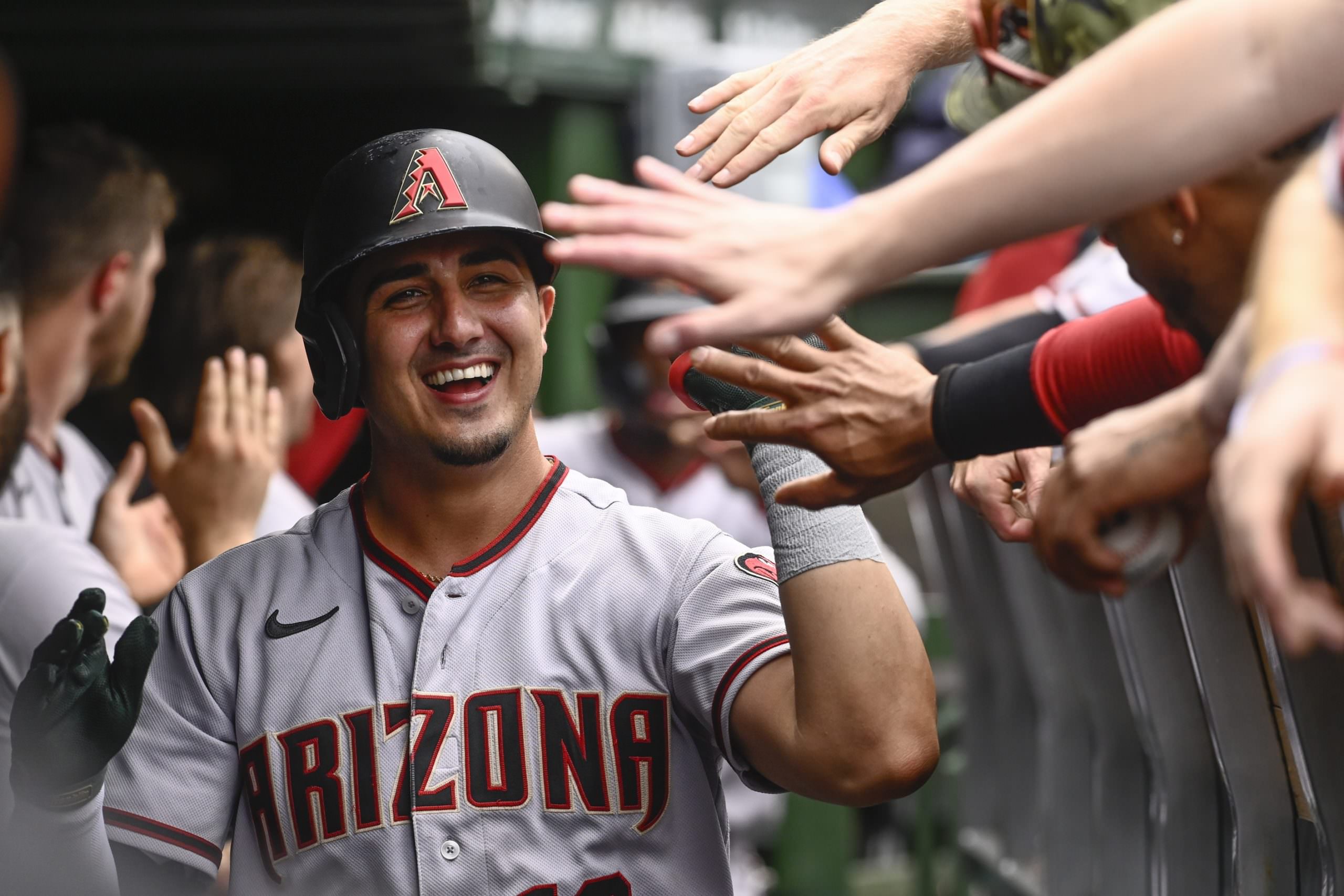 On the heels of a seven homer night, the D-Backs will roll again at Wrigley Field

It wasn’t that long ago that the Diamondbacks were languishing near the bottom of the standings. One of the worst hitting teams in baseball, Arizona couldn’t string together enough hits and runs to post any W’s.

Things have changed. While they still aren’t hitting for a great average, batting just .209 as a team, they have found their collective power strokes. As a team, the D-Backs have hit 49 home runs, the sixth-highest total in all of baseball.

That was on display on Friday night. Arizona won its second straight game in Chicago, hammering Cubs pitching for seven home runs. Josh Rojas hit three, powering the Diamondbacks to a 10-6 victory.

Their hot streak should continue today. They face Justin Steele, as the lefthander gets the start for the Cubs. He’s 1-4 on the season, with a 4.50 ERA. In his last three starts, the lefty has surrendered eight runs in just 11.0 innings of work.

Arizona counters with Madison Bumgarner. The 32-year-old, former World Series MVP is 2-2 on the season, but he has a stellar 2.29 ERA. He’s given up just nine earned runs all season.

The Cubs are just 15-23 overall this season, including a disappointing 6-14 at Wrigley Field. Meanwhile, the Diamondbacks are a respectable 10-10 on the road.

On a 63-degree day in Chicago, expect the recent trends to continue. Arizona will keep swinging hot bats, while the Cubs struggle to win at home.

Bumgarner over Steele. A team that hit seven home runs last night. This seems too easy.