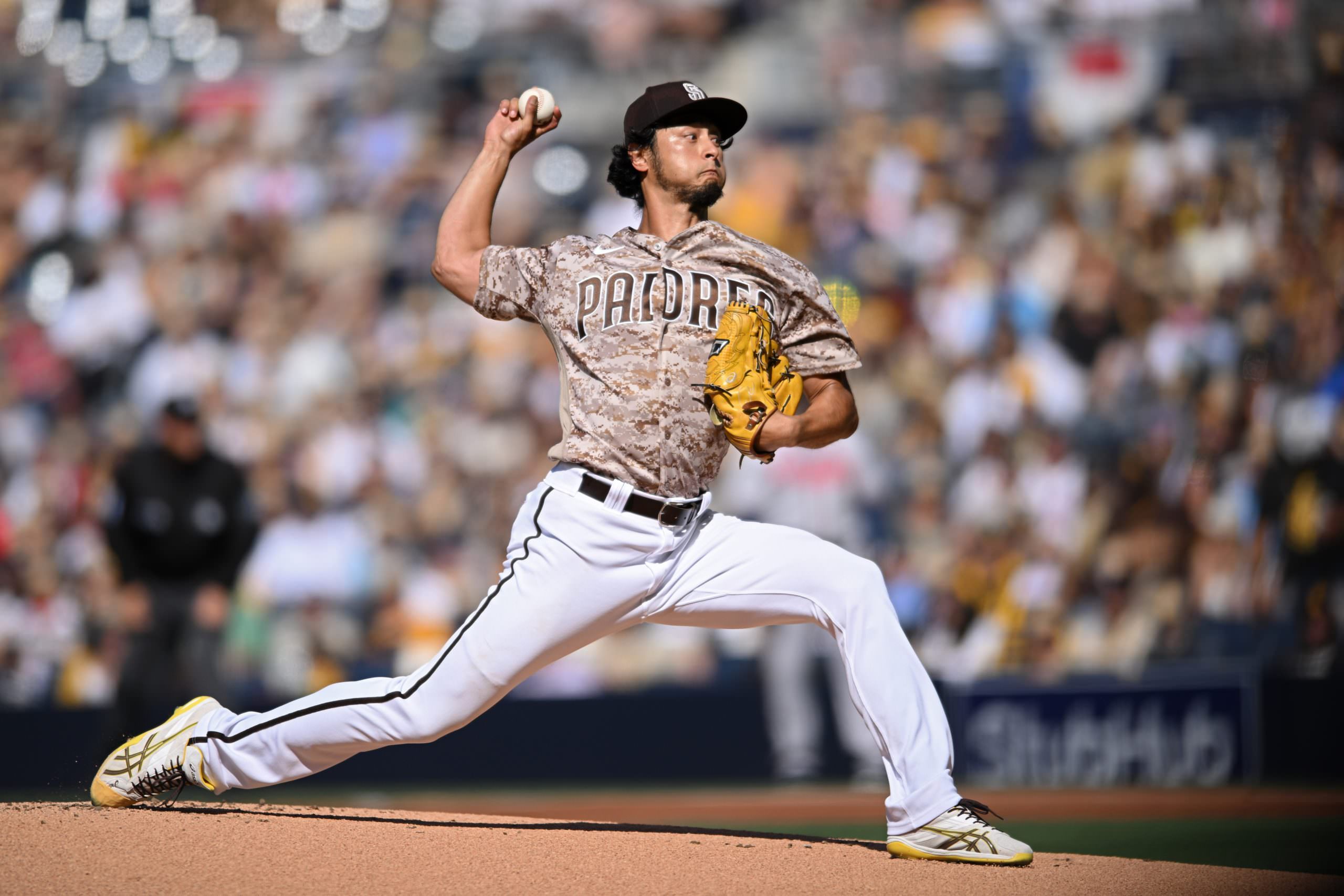 Tonight, it’s all about which Yu Darvish shows up. The Padres starter has been the league’s most Jekyll and Hyde pitcher early in the season.

In his first start, the righthander three six innings of no-hit baseball against the Diamondbacks, a game that San Diego’s bullpen eventually squandered. He followed that gem with a disastrous outing against the Giants, giving up eight hits and nine runs in just 1.2 innings of work. And then in his third appearance, Darvish stymied the Braves for just four hits and one run in 6.2 innings of work.

Which version of the pitcher will be on the mound tonight? The Padres are certainly hoping it’s the one with ace-like stuff, as they try to avenge last night’s 6-1 loss to the Dodgers in the series opener.

Darvish has been good against Los Angeles during his career. While only 2-3, he’s posted a very-respectable 2.43 ERA and struck out 51 batters. Both of those wins came last season, including a stellar performance at Petco Park when he pitched six innings, gave up one run and struck out 11 Dodgers.

L.A. counters with Tyler Anderson. He’s been good in his two starts this season, giving up just two hits and one run in both games. That said, he’s pitched just four innings in both games. The lefty isn’t someone who figures to go deep into the game.

The Padres need the win. They can’t afford to drop two early games at home to the Dodgers, especially if they want to stay within striking distance in the National League West.

San Diego has the better pitcher on the mound. He’s been good against Los Angeles, solid at Petco and has demonstrated dazzling stuff at times this season. The Padres get the W tonight.