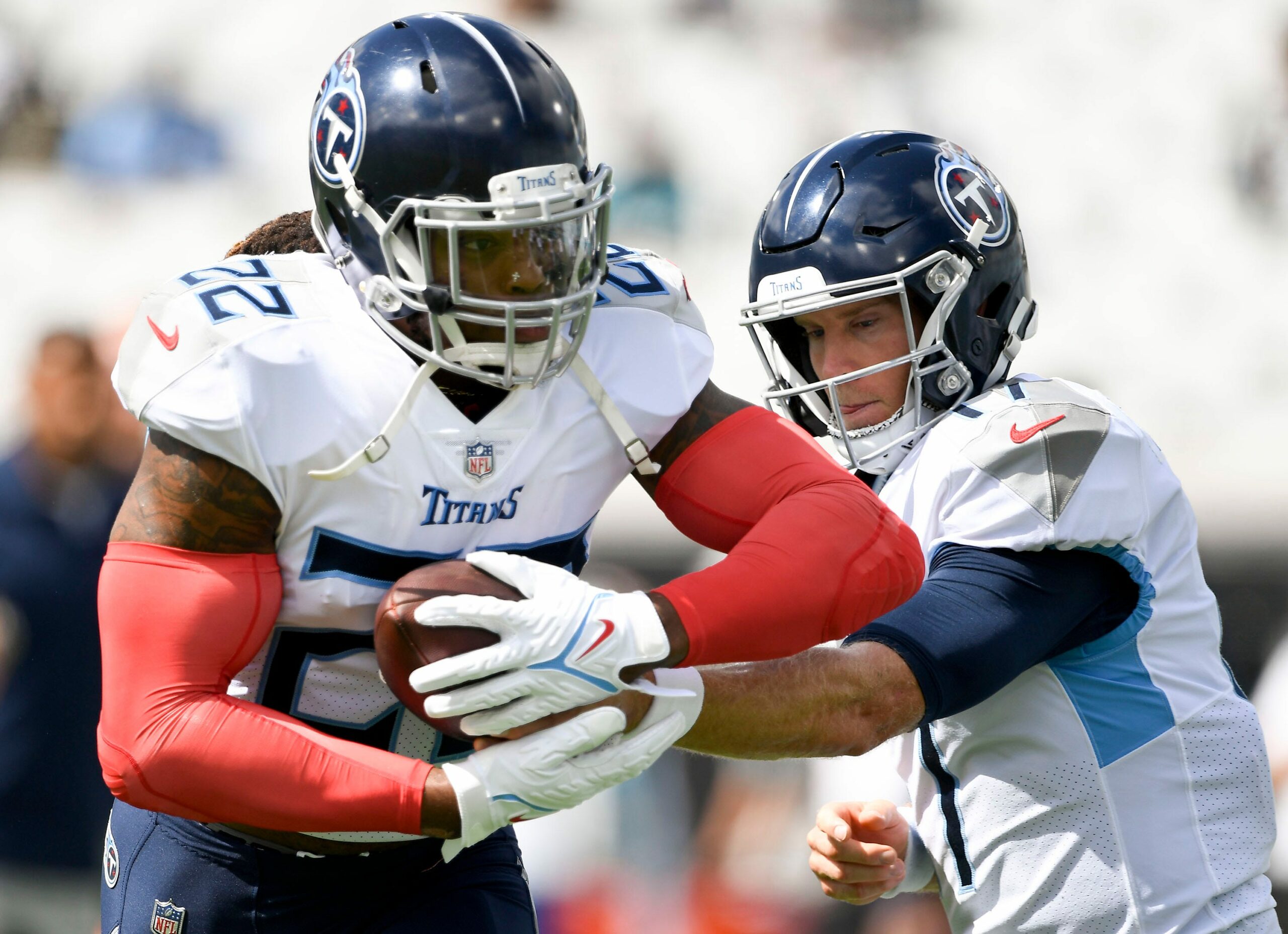 After being the No. 1 seed in the AFC a year ago, are the Tennessee Titans poised for a fall?

Home » After being the No. 1 seed in the AFC a year ago, are the Tennessee Titans poised for a fall?

Despite dominating their division of late, the Titans are not the darlings of the AFC South

Something seems amiss here. What do the experts know that the public doesn’t?

That’s the question that is hard to escape when looking at the Titans projected win total for 2022. Based on history, 9.0 just doesn’t make sense.

Tennessee was the No. 1 seed in the AFC last season, posting a 12-5 record. They accomplished that feat despite the fact that Derrick Henry, their best player, missed more than half of the season due to injury.

And last year wasn’t an aberration. It was the Titans second-straight AFC South title, coming on the heels of an 11-5 campaign in 2020.

In the last two years, Tennessee is 23-10. The Titans have won at least nine games in every season since 2016. They’ve finished above .500 six years in a row and have earned a postseason berth in four of those campaigns.

Mike Vrabel’s teams might not be the most exciting in the NFL, but they know how to win. The Titans head coach is 41-24 during his career, an average of 10.25 wins per season.

People expect the clock to strike midnight on Ryan Tannehill at any minute. They just don’t trust the Titans quarterback. That’s fair. There’s a reason the Titans drafted Malik Willis; they’re looking toward the future at that position, too.

Take away A.J. Brown and Julio Jones, two of Tannehill’s best weapons, and it’s easy to see how the QB could struggle this season. That’s not a grand leap.

But will that lead to a decline of four or more games? Will that cause the Titans to fall from the No. 1 seed a year ago to below .500?

That’s what it would take for the under to hit. And that’s a stretch.

After all, the Titans get four free wins per season within their division. The Jaguars and Texans are layups. So, they only need to go 5-8 in their remaining 13 games for this to be a push. If they manage to go 6-7, it’s a win.

Their slate includes the NFC East, which provides at least three very winnable games. The rest of their matchups are tough, however, as the Titans play the AFC West, with the Bengals, Bills and Packers rounding out their first-place schedule.

Still, a push seems automatic. And over is much more likely than under.

While people are high on the Colts, the Titans to win the AFC South at +190 is great value. The two-time defending division champions still have arguably the best running back in the NFL in Derrick Henry, and he only played eight games in 2021.

The Titans still won 12 contests, proving they’re deeper than just one guy. Henry insists his foot is healthy and should rebound in a major way. Let’s not forget, he joined the elite 2,000-yard rushing club in 2020 with 2,027 yards and 17 touchdowns.

The Titans will start Ryan Tannehill at QB, and despite a down year in 2021, he has a career 30-13 regular season record as the team’s starter. Unless Matt Ryan finds the fountain of youth in Indianapolis, Tennessee is a great bet to win the AFC South with the juice.

After all, it’s a two-horse race since both Jacksonville and Houston are contenders to pick No. 1 overall in 2023. Go with the two-time defending champs.

Treylon Burks to Win Offensive Rookie of the Year = 12/1

The Titans trade of stud wide receiver A.J. Brown to the Eagles on draft night was a shocker. But they moved quickly to replace him.

Tennessee had already traded for Robert Woods from the Rams in March, but what they did in the first round of the draft was most intriguing for a player bet this year. The Titans selected wideout Treylon Burks from Arkansas with the No. 18 overall pick.

He’s a great value to win AP NFL Offensive Rookie of the Year at 12/1. Burks caught 66 passes for 1,104 yards as a junior and scored 11 TDs. That was after hauling in 51 passes for 820 yards and seven TDs as a sophomore.

Burks could slot in right away as a favorite target of Tannehill’s and is already at the top of Tennessee’s wide receiver depth chart with Woods and Nick Westbrook-Ikhine. Many view Burks and third-round quarterback Malik Willis as the future, but his time could be now.

Lock him in to win Offensive ROTY. It’s a steal.