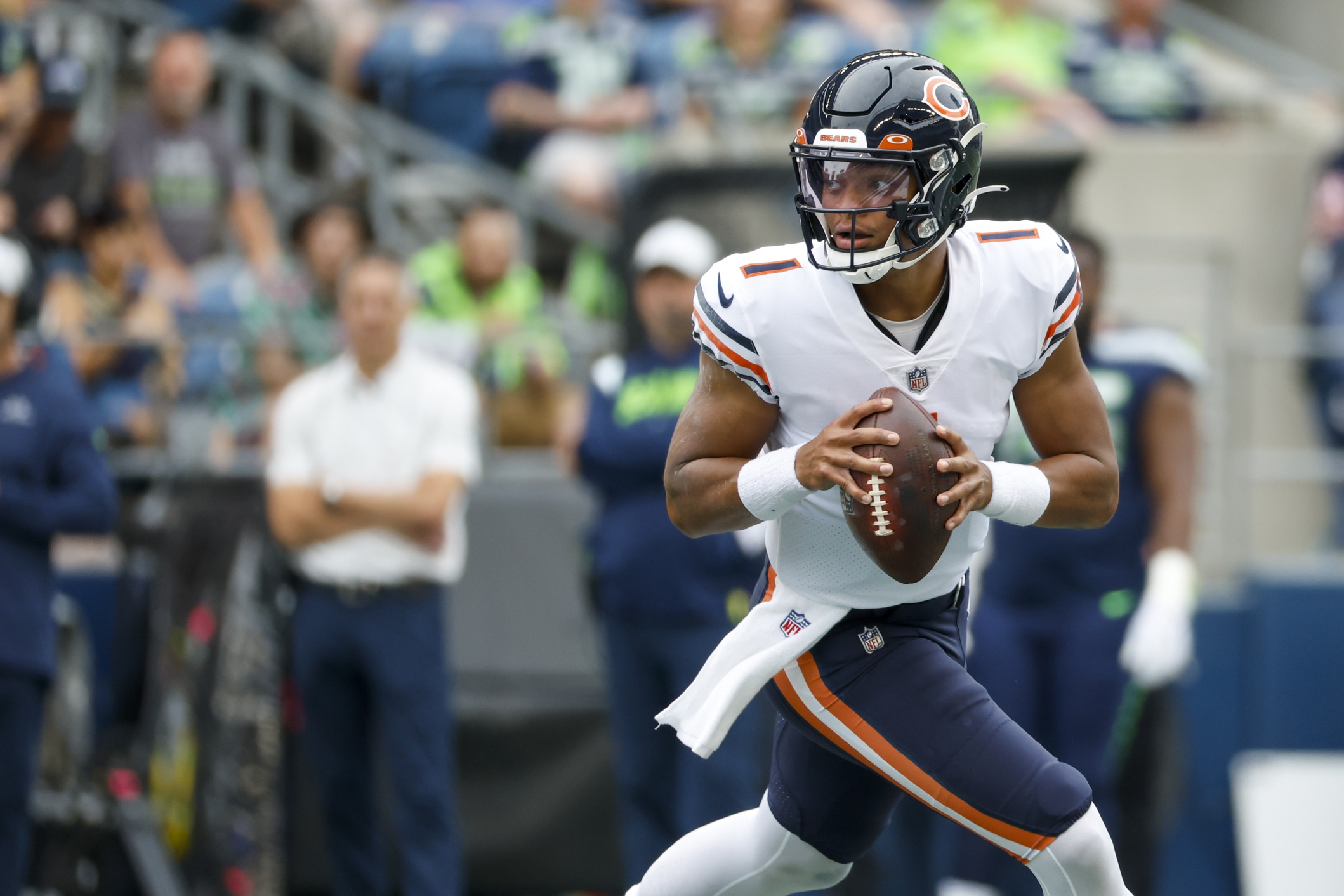 Can the Chicago Bears generate enough offense to be competitive in 2022?

Home » Can the Chicago Bears generate enough offense to be competitive in 2022?

Oh, the Bears. They finally parted ways with Matt Nagy and hired Matt Eberflus from the Colts. It was the first hire for new Bears general manager Ryan Poles, who was hired in the offseason to get this once-storied franchise back on track.

The 36-year-old GM interestingly brought in a defensive-minded coach. This falls in line with previous head coaching hires from the franchise and was a bit surprising considering the team’s offensive struggles with young quarterback Justin Fields.

Nonetheless, Chicago will look to build upon its six-win season from a year ago. The Bears open with two challenging games against 49ers and Packers, but then face the Texans and Giants in back-to-back weeks. A decent start is possible.

Their schedule is not very favorable after that, however, drawing the AFC East with games against Buffalo, Miami and New England. Sure, the Jets game is a chance for a win, but that is far from certain with the current outlook for Chicago. Detroit should also be a bit better, although the Bears beat the Lions twice last season.

The Bears win total opened at 6.5 and has since dropped to 6.0, with juice on the under. Chicago ranked near the bottom of the league in most major offensive statistical categories, and they did not add much talent around Fields in the offseason. Their top receivers are Darnell Mooney, Byron Pringle and Velus Jones Jr., along with David Montgomery as RB1. They added Luke Getsy in the offseason to run the show as offensive coordinator, but Chicago’s outlook is still relatively bleak.

The Bears allowed just under 24.0 points per game last season. That was with Khalil Mack, who has since departed for the Chargers.

It’s hard to envision this team winning more than six games after they really did not get much better on the field during the offseason. Chicago did not have a first-round pick last year due to trading up to draft Justin Fields.

While their front office might be in place, it will be a little while before the fruits of their labor come to fruition. Look towards the under with this Bears team. They will struggle to move the ball and generate points, and the defense is nothing to go crazy over.

While the price on “yes” is tempting, it is hard to see Chicago stringing together enough wins to make a playoff run. Unless Justin Fields leveled up big time in the offseason, Chicago is still a team lacking impact talent at several positions across the field. They also have a rookie head coach who has yet to earn his stripes in the league.

Green Bay will likely run away with the division, meaning Chicago’s path to the postseason would be via the wild card. Is Chicago better than Minnesota, Dallas, Philadelphia, New Orleans, San Francisco or Arizona? Because those teams will likely occupy the wild card spots.

There’s no point in making the “no” bet here at 1/6. Instead, fade the Bears on a game-by-game basis during the regular season.

Matt Eberflus 60/1 To Win Coach Of The Year

Ask anyone outside of Chicago to name the Bears head coach and it will result in a bunch of blank stares. Heck, the response might be the same on the Miracle Mile.

Matt Eberflus isn’t a household name, but the 52-year-old head coach has been hired to replace Matt Nagy and get the Monsters of the Midway back on track. He brings a defensive-minded resume to the Windy City, an approach that resonates with Bears fans.

If Eberflus can find a way to re-energize the defense while also getting Justin Fields to grow at quarterback, the Bears could be a pleasant surprise. After all, Chicago was a playoff team just two seasons ago.

Eberflus has the longest odds in the league to win coach of the year honors. At 60/1, it’s worth a shot. If he gets the Bears to nine wins, he will be in the mix.