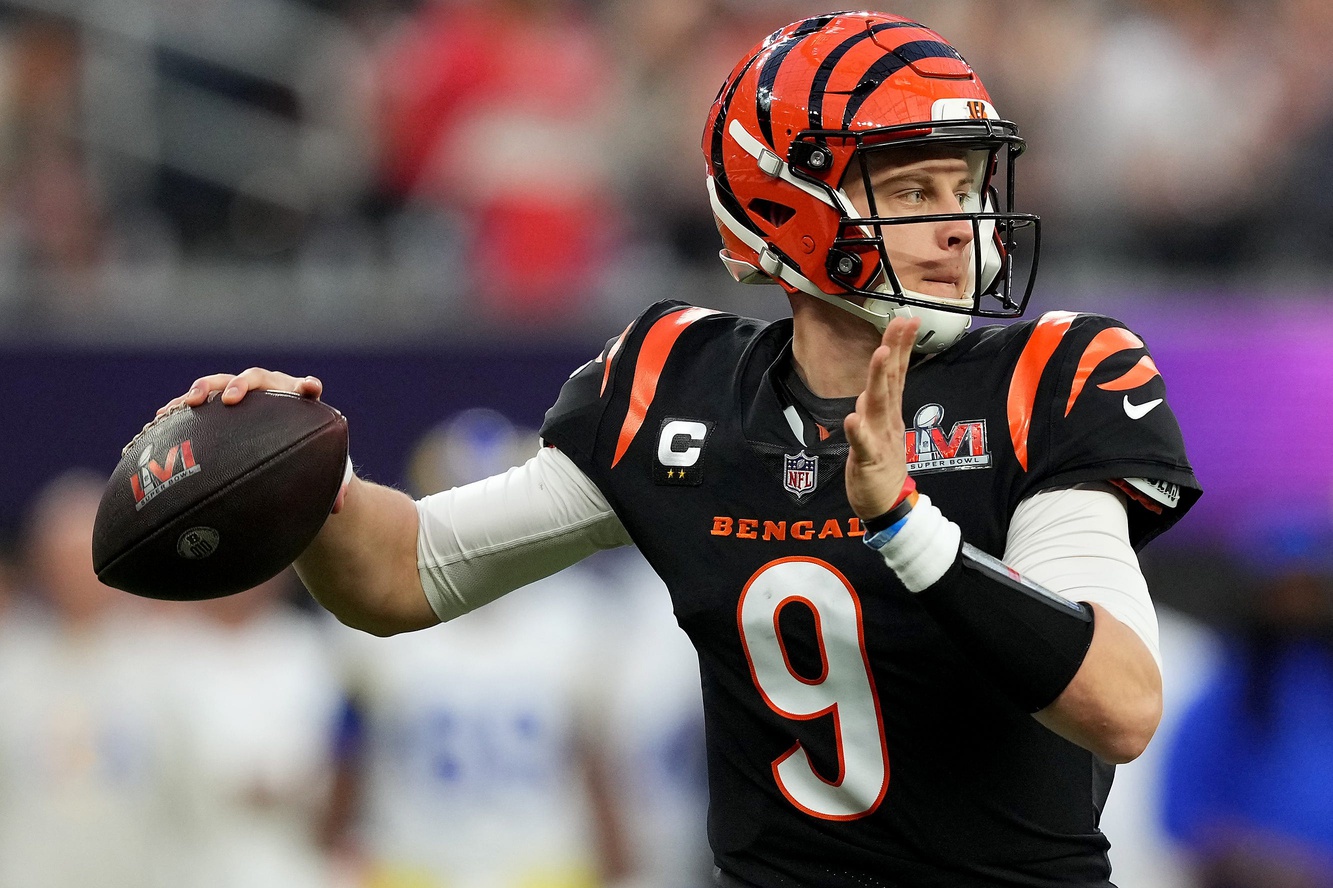 Is Cincy ready to take another leap or were they a one-year wonder that got hot?

Um, what? That’s the question that first came to mind when the over/under for the Bengals hit the board.

Cincinnati was in the Super Bowl a year ago. They were a play or two away from hoisting the Lombardi Trophy. They have one of the best young quarterbacks in the league in Joe Burrow. They have an offense that features game breakers like Ja’Marr Chase and Joe Mixon.

How on earth will they finish with under 10 wins? That doesn’t even seem possible.

That said, the Bengals did only finish 10-7 last year. So they’re right around that 9.5. And that came on the heels of a 3-1 finish, when they went from 7-6 heading into the final stretch into a playoff team.

Thus, the number is understandable. It’s a bit of a reality check.

Were the Bengals a young team on the rise, one ready to take another leap this season? Or did they simply get hot at the right time, setting them up for an inevitable fall back to earth?

Well, the schedule will certainly help Cincinnati as they try to fall into the first category. It sets up very, very well.

In the AFC North, they have just one competitor. The Ravens are a legit threat, but the Steelers and Browns are both in a bit of disarray, for distinctly different reasons. Pittsburgh is transitioning from Ben Roethlisberger, which won’t be easy after 18 seasons. Meanwhile, Cleveland is dealing with the Deshaun Watson situation, which figures to hang over the franchise all season long.

Getting four wins within the division is doable. Then, it’s about getting six-plus in the other 11 games.

The Bengals draw the AFC East, which is fortunate. They host Miami and Buffalo but have to travel to New England and New York. They should be able to win three out of four.

They also get the NFC South; that’s also a good break. Cincinnati will host Atlanta and Carolina, while traveling to New Orleans and Tampa Bay. They should get at least two of those.

Their remaining three games are at Dallas and Tennessee, plus home against Kansas City. Getting one or two of those doesn’t seem unreasonable.

Add it all up and the Bengals will take a step forward this season. Cincy is a 10- or 11-win team.

The AFC is loaded, there’s no doubt. But the North really only has one other contender. If Cincinnati can best Baltimore, this ticket will cash with ease.

Even if the Bengals have to go the wild-card route, there’s still a great chance they get in. That’s what happens when a team has one of the top quarterbacks in the conference.

At this point, Burrow squarely in the second tier of AFC QBs. Patrick Mahomes and Josh Allen are atop the heap. But then, it’s Burrow in a group with Justin Herbert, Lamar Jackson and Russell Wilson.

Unless all four teams from the AFC West make the playoffs, it’s hard to imagine a scenario in which the Bengals don’t make the cut. The likely second-place teams in the other divisions just aren’t that formidable.

Cincinnati is better than New England, who will be vying for a wild card berth out of the East. They’re also better than Indianapolis or Tennessee, whoever ends up second in the South.

Book the Bengals for the playoffs. That’s an easy one.

Joe Burrow to Lead the NFL in Passing Yards = 10/1

He hit that total in 16 games. The five QBs who finished ahead of him played in all 17. In terms of average passing yards per game, Burrow was third in the NFL at 288.2.

That trailed only Tom Brady and Justin Herbert, the two quarterbacks who cracked the 5,000-yard barrier in 2021. There’s no reason to believe Burrow can’t reach that level.

He certainly has the talent. Plus, he has the players around him that are necessary to hit that mark.

Ja’Marr Chase is an elite wide receiver, while Tee Higgins and Tyler Boyd are very good second and third options. Joe Mixon is a top-10 running back, who can help open up the passing game because he demands the attention of the defense.

Throw in the fact that Zac Taylor is an offensive-minded head coach, someone who will want to see his QB put up big numbers, and it’s definitely possible that Burrow leads the league in passing. It’s certainly worth a 10/1 flier.