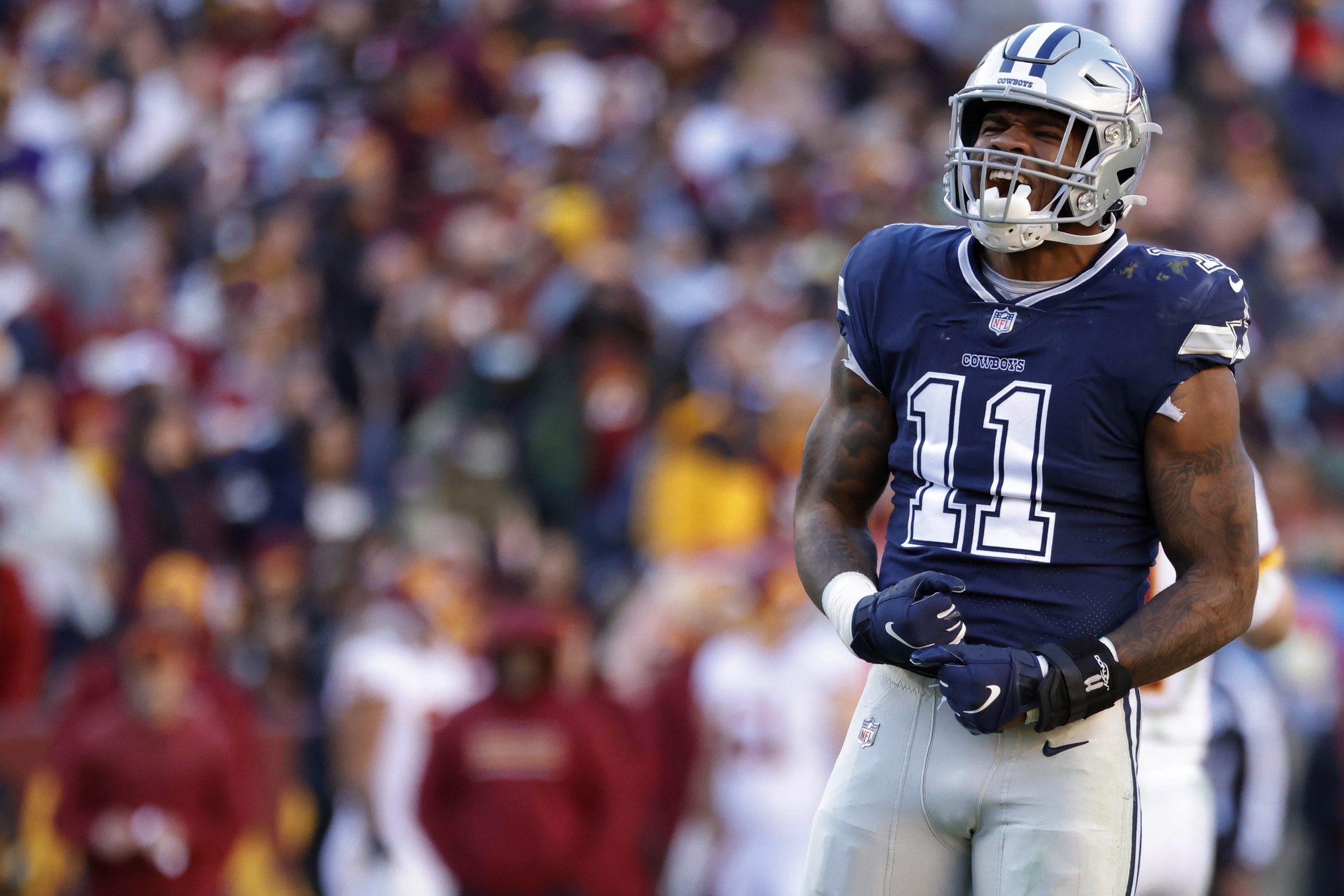 Can the Dallas Cowboys finally live up to all the hype?

Home » Can the Dallas Cowboys finally live up to all the hype?

After last season’s playoff meltdown, the pressure is on the Cowboys to make a title run

Oh, what will become of the Dallas Cowboys this season? After falling flat on their faces in embarrassing fashion in last year’s playoffs, the Cowboys will look to pick themselves up by their bootstraps and get goin’ for the 2022 season.

They return with Mike McCarthy as head coach, Kellen Moore as offensive coordinator and Dan Quinn as DC. Dak Prescott will once again be under center, with the tandem of Ezekiel Elliot and Tony Pollard in the backfield. CeeDee Lamb is the one household name on an otherwise pedestrian Cowboys’ receiving corps.

Part of the reason Dallas managed to win 12 games was because they had a more manageable schedule after failing to win in the division in 2020. Now that Dallas won the NFC East last year, they will play a first-place schedule and have some tough matchups, including the Buccaneers, Bengals and Rams, all within the first five weeks. Dallas also has games against the Packers, Vikings, Colts, Titans and two against an improved Eagles squad. There are a couple of easier games mixed throughout, but the Cowboys will play a number of quality opponents this season.

While Dallas allowed the seventh-lowest points per game last season, the defense was middle of the pack in total yards per game in both the passing and rushing game. Dallas adopted a “bend don’t break” mentality on defense last season, and it helped the Cowboys to an impressive regular season. Can the Cowboys’ defense do it again?

And then there’s the offense. The Cowboys were the No. 1 scoring offense in the NFL last season, averaging 31.2 points per game. The Cowboys averaged 407 yards per game and were one of the more explosive units in the league.

This is a tough team to get a read on this season. It’s hard to see where this team got better. Zeke Elliot is washed, they flipped Amari Cooper to Cleveland, Dak can be streaky at times, their defense is feast or famine and they are not a well-coached team. Still, they have one of the best defensive players in Micah Parsons and a few softball games against division rivals like Washington and New York. While Philly is improved, you can see those two splitting their head-to-head matchups.

Dallas is an excellent regular-season team. There has not been a repeat champion in the NFC East for 17 years. That’s hard to imagine but is also testament to how bad that division has been for nearly two decades.

To hit the over, Dallas will need to have a second double-digit win season in a row, something that has never happened under quarterback Dak Prescott. It’s easier to envision the Cowboys winning nine games than 11. So, take the under, knowing a push is possible.

There is no point in betting the Cowboys to make the playoffs at this price. Is there a good chance they’ll make the playoffs? Sure, but not good enough to lay -230 for a team that can’t seem to keep its head on straight.

The value here lies on the “no” at +195. Let’s be clear: Dallas should make the playoffs. If they don’t, Mike McCarthy will likely be fired, and the Joneses will probably start pondering the future of Dak Prescott and others on the roster. The expectation in Dallas is to get to a Super Bowl, but we are talking about a franchise that has led the league in underachieving since the turn of the century.

Again, their schedule can get them over 10 wins, but they would need to steal a win against either Tampa, Cincinnati, Indy, Tennessee or the Rams, among others. You just know this team is going to fumble the bag along the way, lose a game or two they probably shouldn’t. After a solid regular season last year, Dallas seems destined to regress towards the mean they have established over the last two decades.

All the value here is on the “no” and is one of the juicier numbers for this bet among other teams in the NFC that made the playoffs last season.

Okay, let’s talk about something good, shall we? Micah Parsons just might be the most terrifying defensive player to enter the NFL since Aaron Donald, who has won three Defensive Player of the Year awards since 2017.

Parsons and Donald are both atop the odds board for DPOY, listed at 7/1, along with Myles Garrett. Last season, Parsons won the Defensive Rookie of The Year award in a landslide and finished second in the DPOY award voting.

Parsons recorded 13 sacks and 64 solo tackles in his first season. He also had 30 QB hits and 20 tackles for a loss. He posted an 89.7 defensive grade via PFF, which led all linebackers. He’s a man amongst boys out there and has garnered praise from every team the Cowboys have come across this preseason.

Look at this bet as an investment. There are two examples of players that won DROY that went on to win DPOY in the following season: Lawrence Taylor 1981-82 and Luke Kuechly 2012-13. Being the Parsons was in the running for DPOY last year, expect him to be there again if he can improve upon his rookie season.

Grab a ticket at 7/1 now and watch the price drop as the season progresses. This is one of those instances where playing for the Cowboys helps the cause. He’s already on everyone’s radar and plays for the most-polarizing franchise in the sport.