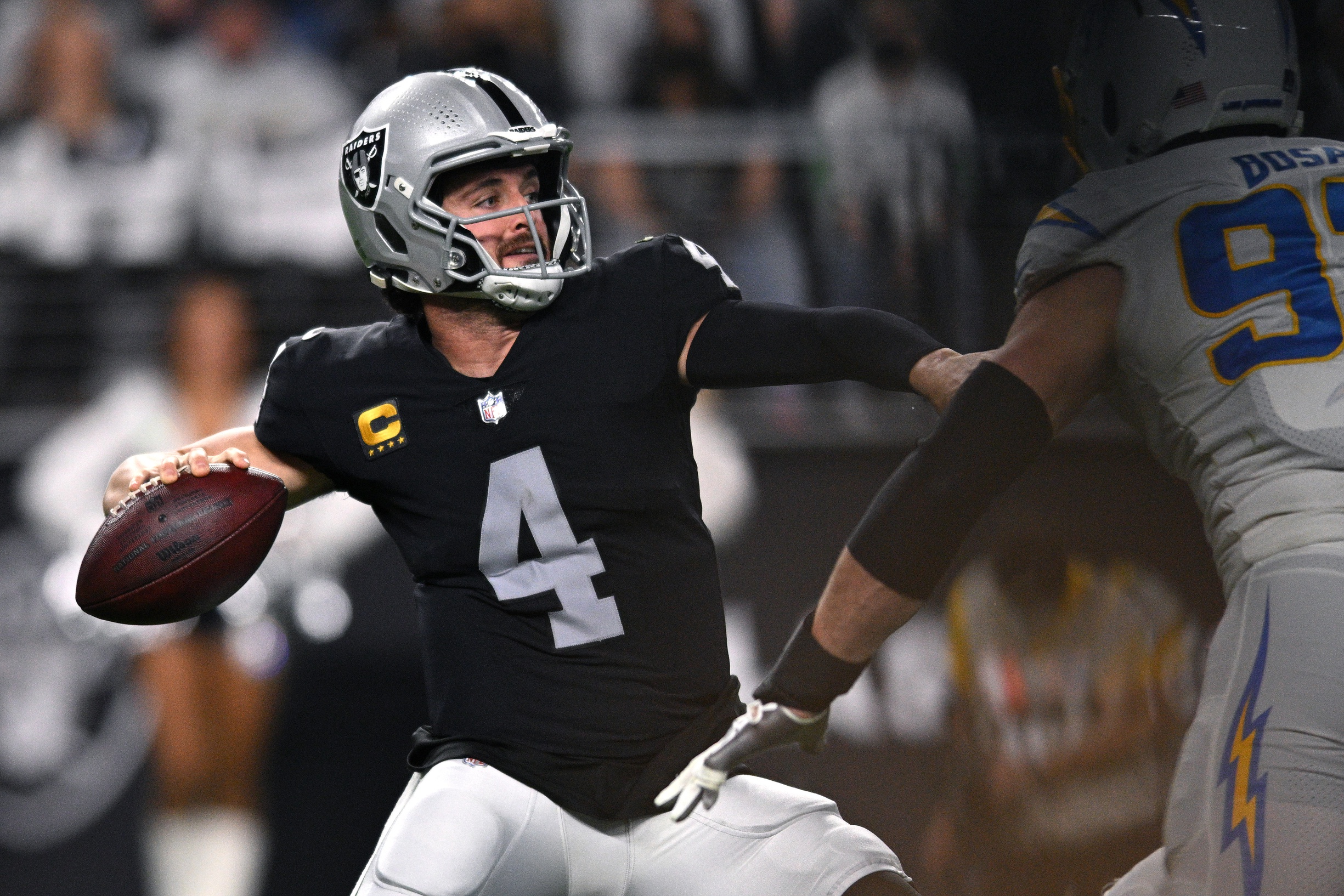 In a competitive AFC West, the silver and black aren’t getting the attention they deserve

Everyone knows that the AFC West is loaded. It’s a division that features four teams with playoff aspirations.

That said, not everyone is generating the same preseason buzz. One team is getting overlooked.

The Chargers are the trendy pick. After just missing out on the playoffs a year ago, most people think this is the season when Los Angeles makes the leap, with Justin Herbert leading the way.

The Broncos are also a team getting a lot of hype. With the acquisition of Russell Wilson, many think the drought that has plagued Denver since winning Super Bowl 50 will finally end.

And the Chiefs are the Chiefs. Yes, they lost Tyreek Hill and feel like they’ll be a little less dangerous this season. But they still have Patrick Mahomes at the helm, making them a threat to win every Sunday.

That leaves the Raiders. The team almost no one is talking about.

But they should be. Las Vegas might just be the class of the AFC West.

A year ago, the franchise had to endure a lot of turmoil. First, the Jon Gruden situation necessitated a midseason coaching change; Rich Bisaccia took over on an interim basis. Then, the Henry Ruggs tragedy hit; the former first-round pick was involved in a fatal car accident, one caused by his terrible decision making.

Nonetheless, the Raiders still managed to finish 10-7. They earned a playoff berth and were knocking on the door, trying to tie the score late in the Wild Card Game at Cincinnati. They were a play or two away from knocking off the eventual AFC champions.

This year, things have settled down. Josh McDaniels was hired as the Raiders head coach, bringing an offensive mastermind to work with a retooled offense. Derek Carr is one of the most-underrated quarterbacks in the NFL, a player who will have a new weapon to work with after the team traded for Davante Adams.

Yet, the win total shows the Raiders taking a step backward. Simply finishing above .500 will have them hit the over.

Yes, the AFC West is tough. But Las Vegas certainly hasn’t gone in the wrong direction in the offseason. The Raiders have improved.

There’s no reason to take the under. And there are a bunch of them to go the other way. So hit the over. All day long.

The Raiders look like a team that’s going to win ten games or more. That makes them a playoff contender.

The wheels would have to completely come off for them to not flirt with that number. After last season, it would be a disaster, especially given their offseason additions, to take a step in the wrong direction this year. That’s hard to imagine.

Is Las Vegas ready to contend for a Super Bowl title? That’s probably asking a lot in year one with a new head coach. So, don’t be tempted by the 20/1 championship odds.

Play it safe. Take the value. A plus number for making the playoffs is worth jumping on.

This year, the pass rusher is expected to take things to the next level. He’s a player who should flirt with 15-plus sacks.

Why? For a number of reasons.

First, his game is on the upswing. Crosby has gotten better and better every season, as the former fourth-round pick has learned the pro game.

Second, he has a better cast around him. With Chandler Jones on the other side, opposing offense can’t just focus on Crosby. That’ll free him up, creating more opportunities.

Crosby could lead the NFL in sacks this year. If he does, he’ll be in the DPOY conversation. At 25/1, that’s worth a roll of the dice.