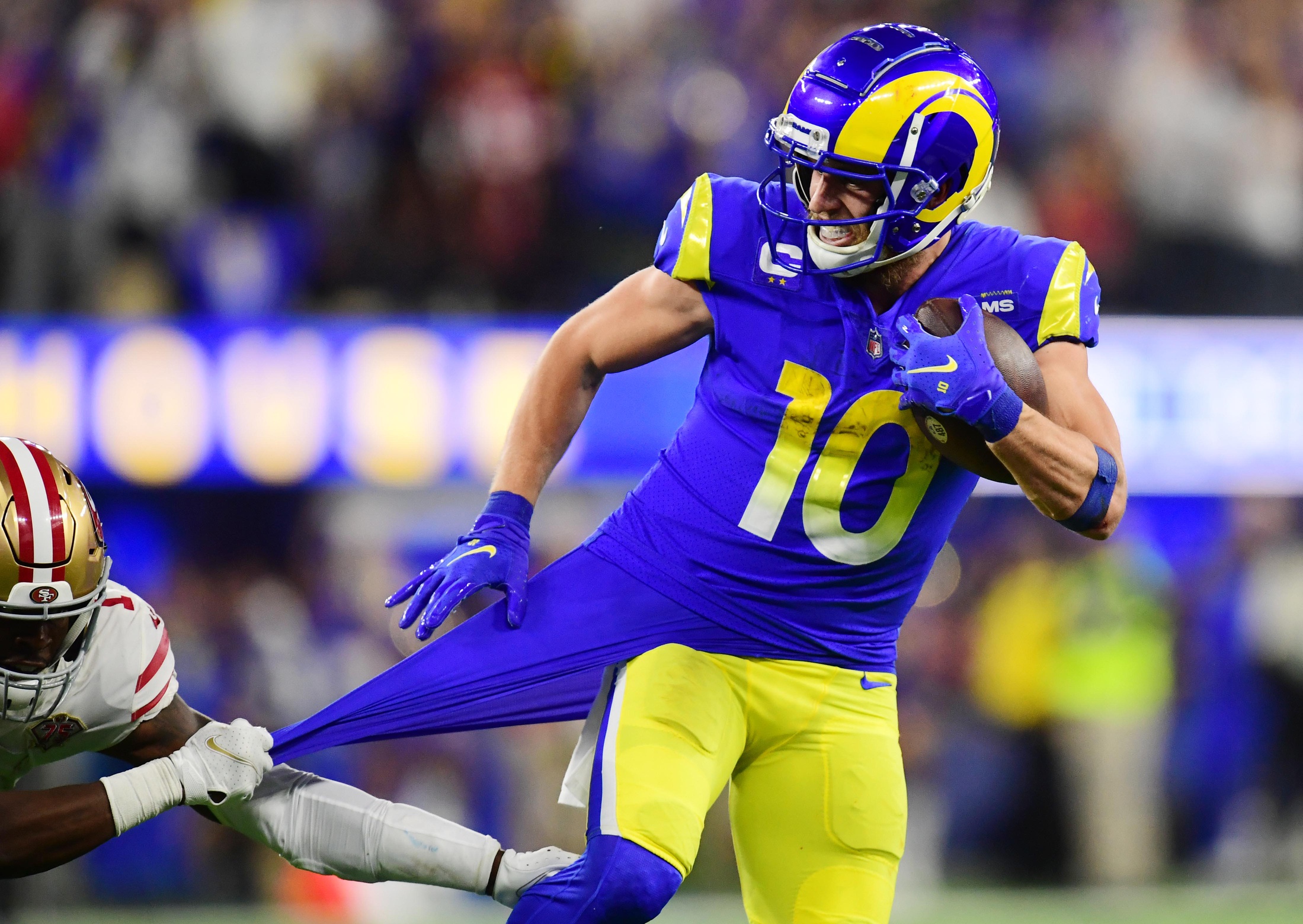 Home » Can the Los Angeles Rams repeat the feat and hoist another Lombardi Trophy?

It’s been nearly two decades since the NFL saw a back-to-back champ; can the Rams end the streak?

Last season, the Rams won 12 games in the regular season. They added four more in the playoffs, posting a 16-5 overall mark en route to hoisting the Lombardi Trophy. It was an impressive run, one that brought a lot of much-due attention to the latest stars in Los Angeles.

As expected, the roster got raided a bit in the offseason. Most notably, Von Miller’s short tenure in L.A. ended, as the pass rusher left for Buffalo. And after suffering an injury in the Super Bowl, Odell Beckham Jr.’s future with the Rams remains a mystery.

Otherwise, the Rams return most of their key players. Plus, they added replacements for Miller and Beckham Jr.

Bobby Wagner isn’t an edge rusher like Miller, but the linebacker will add veteran leadership at linebacker. Allen Robinson might not have the wow factor of OBJ, but he will be a very productive wideout opposite of Cooper Kupp.

The new-look group will have to navigate a tough schedule. The NFC West is difficult, as both Arizona and San Francisco will contend for the division. Seattle, meanwhile, is in a transition year.

Outside of their own division, the Rams draw the AFC West, which won’t be easy. The Broncos, Chargers, Chiefs and Raiders will all be formidable opponents. That’s offset with the NFC South, however, where only the Buccaneers look like a really tough test.

The rest of the Rams first-place slate is comprised of the Bills and Cowboys visiting Los Angeles, plus a trip to Green Bay to take on the Packers. None of those will be easy.

It won’t be easy. But a two-game dip seems unlikely. It’s hard to picture the Rams finishing 10-7 or worse.

Believe in a well-coached team with a lot of talent. Take the over.

The NFL hasn’t seen back-to-back Super Bowl winners since the Patriots in 2003 and ’04. That’s nearly two decades ago, proving what a difficult feat it is to repeat.

That said, the Rams certainly have a chance. They still have a great head coach in Sean McVay, an elite quarterback in Matthew Stafford and the best defensive player in the game in Aaron Donald. That gives them a chance, no doubt.

McVay has already led Los Angeles to a pair of Super Bowl appearances. There’s no reason to believe that he can’t guide them through the relatively soft NFC once again. Outside of the Buccaneers and Packers, there aren’t a lot of teams that look better than the Rams.

And if they get there again, it’s a coin flip. The Bills and Chiefs might be stronger overall, but a 10/1 shot on any given Sunday seems like a good way to go.

Cooper Kupp to Lead the NFL in Receiving Yards = 6/1

A season ago, Cooper Kupp was by far the best receiver in the NFL. He led the league with 1,947 yards on a staggering 145 receptions. Davante Adams, playing with MVP Aaron Rodgers, was the closest in yardage, posting 1,553 on the season. Kupp bested him by nearly 400 yards!

This season, the wideout will have the same guy throwing him the ball and the same coach calling the plays. So, his numbers aren’t going to fall off a cliff.

In 2021, Kupp fell just 18 yards short of breaking Calvin Johnson’s record for single season receiving yards. This year, the wide receiver has a chance to set a new mark, with the 2,000-yard plateau in play.