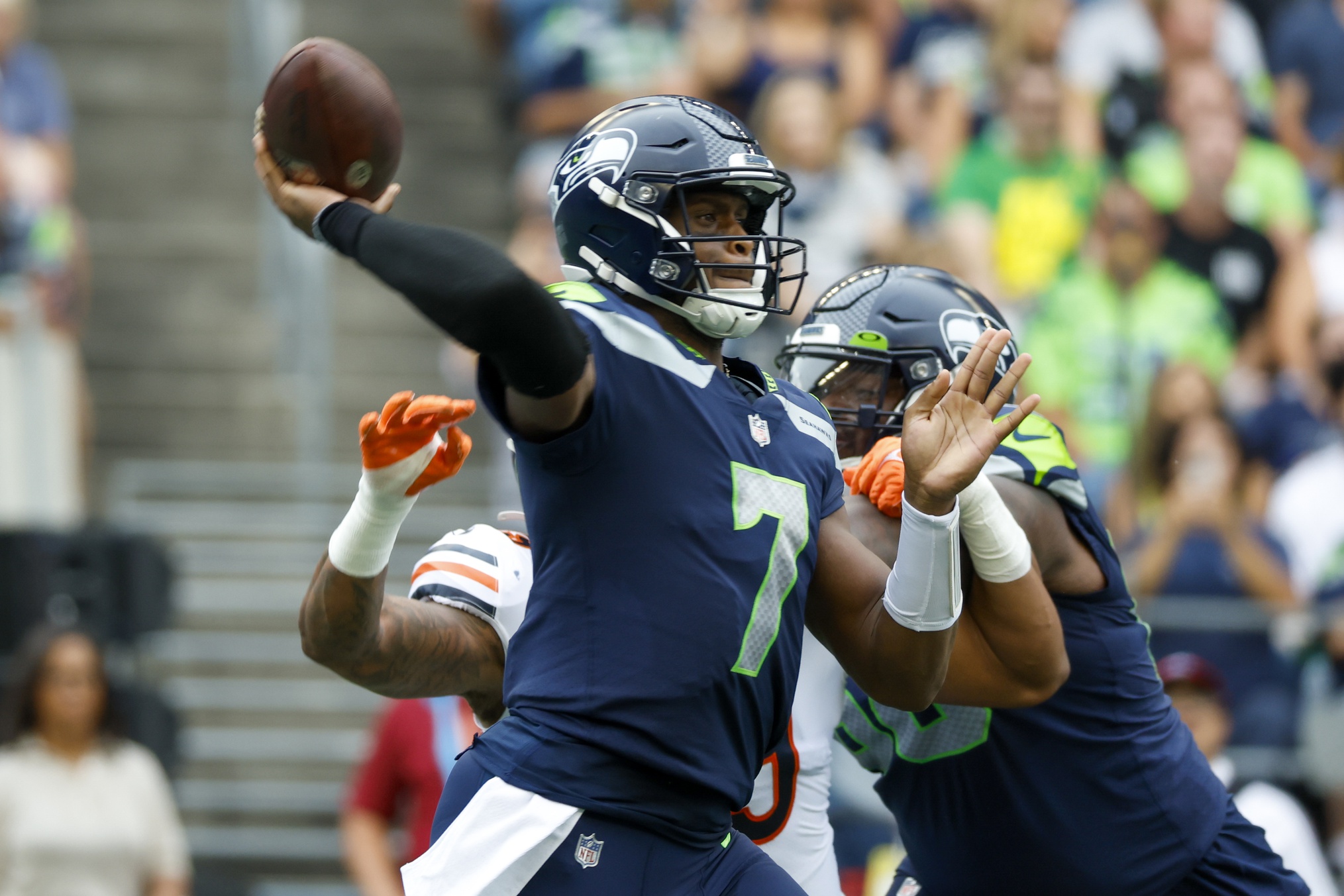 Home » What will life be like for the Seattle Seahawks without Russell Wilson?

It’s a transition year in Seattle. There’s really no other way to put it.

After 10 years with Russell Wilson at quarterback, the Seahawks have moved on. They traded the future Hall of Famer in March, choosing to go in another direction.

Moving on from Wilson and instead riding with 70-year-old Pete Carroll was certainly a questionable decision from Seattle’s top brass. Carroll is a solid NFL head coach, but future franchise QBs don’t grow on trees.

The Seahawks, after months of speculation about possible quarterback trades (Baker Mayfield, Jimmy Garoppolo), are really going to kick off the 2022 season with Geno Smith under center and Drew Lock as his backup. Smith has a career 13-21 record as a starter, including 1-2 a year ago filling in for Wilson. Lock is 8-13, including 0-3 in 2021 and 4-9 in 2020.

Neither of these guys win football games, which is a far cry from Wilson, who was good for double-digit victories nearly every season before a fractured finger derailed his and Seattle’s final dance together. If the Seahawks went only 6-8 in Wilson’s 14 starts a year ago, how in the world are they going to get to six wins with Smith and Lock?

Carroll believes the Seahawks can win by returning to the style of play that helped them reach back-to-back Super Bowls and hoist a Lombardi Trophy. The head coach wants to run the ball and rely on his defense, letting Smith or Lock simply manage the game.

It’s a formula that other teams have relied on in recent years, most notably in Wilson’s new home. The Broncos have suffered through five-straight losing seasons and six non-playoff campaigns since Peyton Manning retired. The Seahawks are about to learn the same lesson.

Moving on from a franchise quarterback without a replacement in place is foolish. Seattle will see that firsthand this season.

The talent just isn’t there on this roster. Neither is Wilson to cover for those holes. Seattle will be looking at a top-five pick in the 2023 NFL Draft. Take the under.

The Seahawks are 13/2 to make the playoffs, 28/1 to win the NFC West and 200/1 to hoist the Lombardi Trophy. Only the Falcons and Texans (both 500/1) have longer odds to win the whole thing. Seattle isn’t sniffing a playoff berth or division title, let alone a championship.

The Seahawks to miss the postseason is -1000, which provides almost no value even though it’s the only future bet guaranteed to happen. The Legion of Boom has long been disassembled, Jamal Adams had a disappointing 2021 despite the Seahawks throwing an absurd amount of money at him and the star wide receivers D.K. Metcalf and Tyler Lockett will be frustrated with this offense before September ends. There’s simply no QB competent enough to get them the football.

There’s no use lighting money on fire that Seattle’s season will come with any sort of success. The NFC West is also an absolute gauntlet, with three contenders and then the lowly Seahawks. Pass on anything future-related with Seattle.

When Seattle drafted former Michigan State running back Kenneth Walker III at No. 41 overall, many fans were surprised. Well, the reason became clear in July when Chris Carson had to retire due to a lingering neck issue.

Walker is listed behind Rashaad Penny on Seattle’s initial depth chart, but he’ll be the workhorse soon enough. He racked up a ridiculous 1,636 yards last year for the Spartans (6.2 yards per carry) and 18 touchdowns. Those numbers propelled him to a sixth-place finish in the Heisman Trophy voting.

Seattle knows this is a full rebuild and the Seahawks need to go young sooner rather than later. By Week 5 or so, Walker will be the lead back, meaning he has some value to win AP NFL Offensive Rookie of the Year at 16/1.

Considering the likely passing struggles to come, it’ll be the Walker show on a weekly basis. Go ahead and sprinkle a few dollars on him.