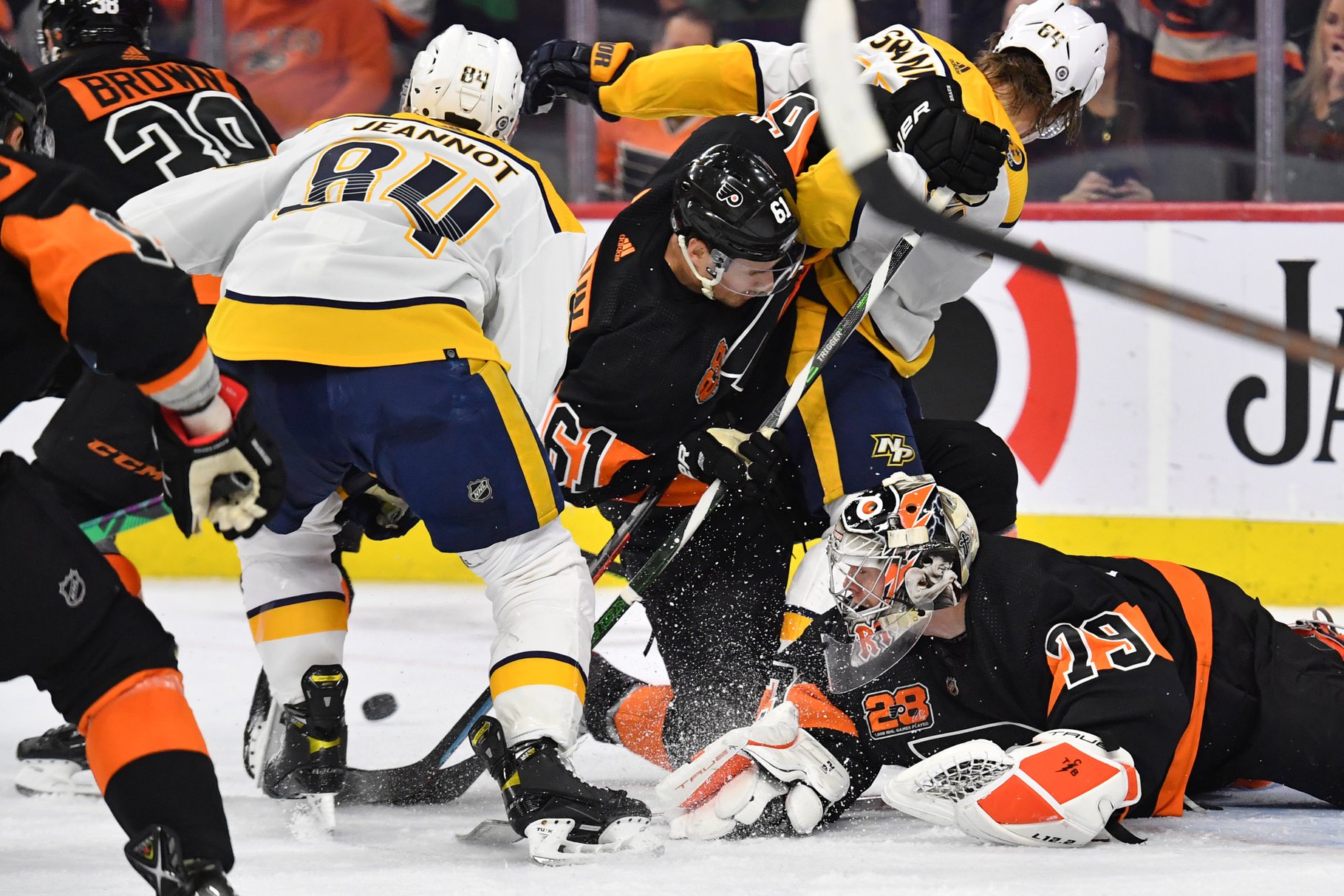 Can the Nashville Predators or Philadelphia Flyers stop any shots tonight?

Home » Can the Nashville Predators or Philadelphia Flyers stop any shots tonight?

Nashville is coming off of a brutal West Coast road trip. After beating the Ducks 6-3 on Monday, the Predators went on to drop back-to-back games to the Kings and Golden Knights, both by a 6-1 count.

Giving up 15 goals in three games will lead to a losing streak. It’s a continuation of a pattern for Nashville, as the Preds have surrendered 23 goals in their last five games.

It hasn’t mattered if it’s been Juuse Saros or David Rittich between the pipes. Both goaltenders have been peppered with shots and let too many get past them.

The Flyers have similar issues. They’ve dropped two out of their last three games, losing to the Avalanche and Red Wings. Both times on the ice, they fell by a 6-3 score.

A win over the Blues was sandwiched between the two defeats. That 5-2 win put Philadelphia’s goal total during their three-game road trip at 11, a sign that offense isn’t the problem. It’s been Carter Hart letting too many shots get by him.

Will the patterns continue tonight? Can either team figure out how to give up less shots and/or finally stop some of them?

There’s no reason to think the answer to either question will be affirmative. The scoring barrage should continue tonight in Nashville.

The Predators are the better team. They’ll probably get the needed victory. But there’s little value on that side of the game.

Instead, plan on it being a high-scoring affair. Go with both teams putting goals on the board.