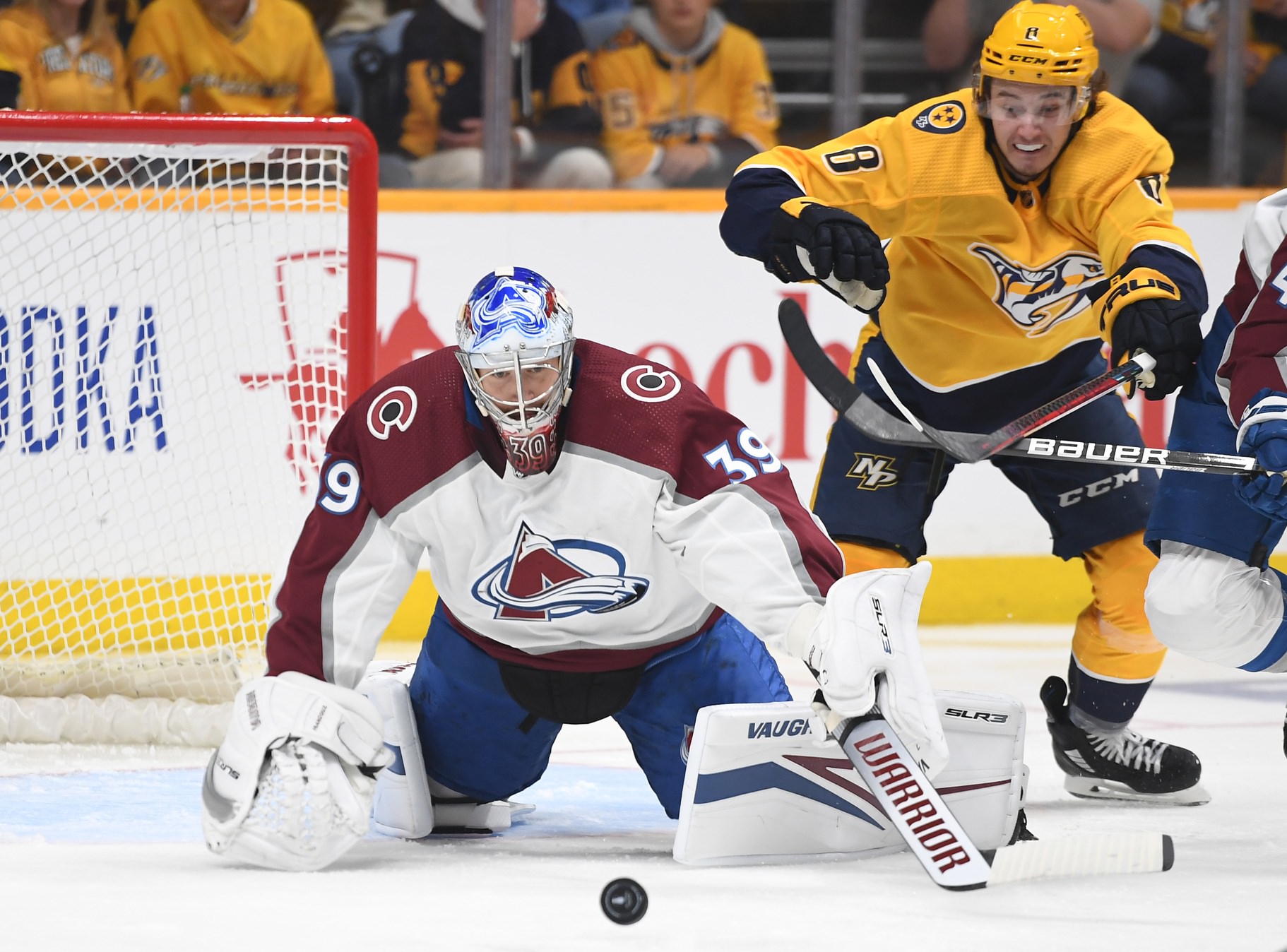 Three games into the series, Colorado has dominated in almost every way, shape and form. They’ve outscored Nashville 17-6, to take a commanding 3-0 lead in the best-of-seven.

The Avalanche can close things out tonight, but it won’t be easy. Well, as easy.

Darcy Kuemper most likely won’t be in net. He took a stick to the eye in Game 3, sending him to the dressing room and making him a question mark for Monday night.

If he can’t go, Pavel Francouz will be between the pipes for Colorado. Having to go with a backup goaltender is never a good thing.

That said, the Predators will still have their third-string goaltender on the ice. After a great performance in Game 2, when he had 49 saves in an overtime loss, the 25-year-old netminder came crashing back to earth on Saturday afternoon, surrendering goals in almost every conceivable way.

The Avalanche came at him in waves. They scored four power-play goals, netted another one on a botched line change, racked one up with Ingram misplayed a puck and scored an empty netter to close things out.

Expect more of the same tonight. Colorado smells blood. They have a week of rest on the horizon while the Blues and Wild battle it out to see who will advance to face the Avs in round two.

Nashville knows the series is over. Do they want to hop on a plane, fly to Denver and delay the inevitable by two days? That seems unlikely.