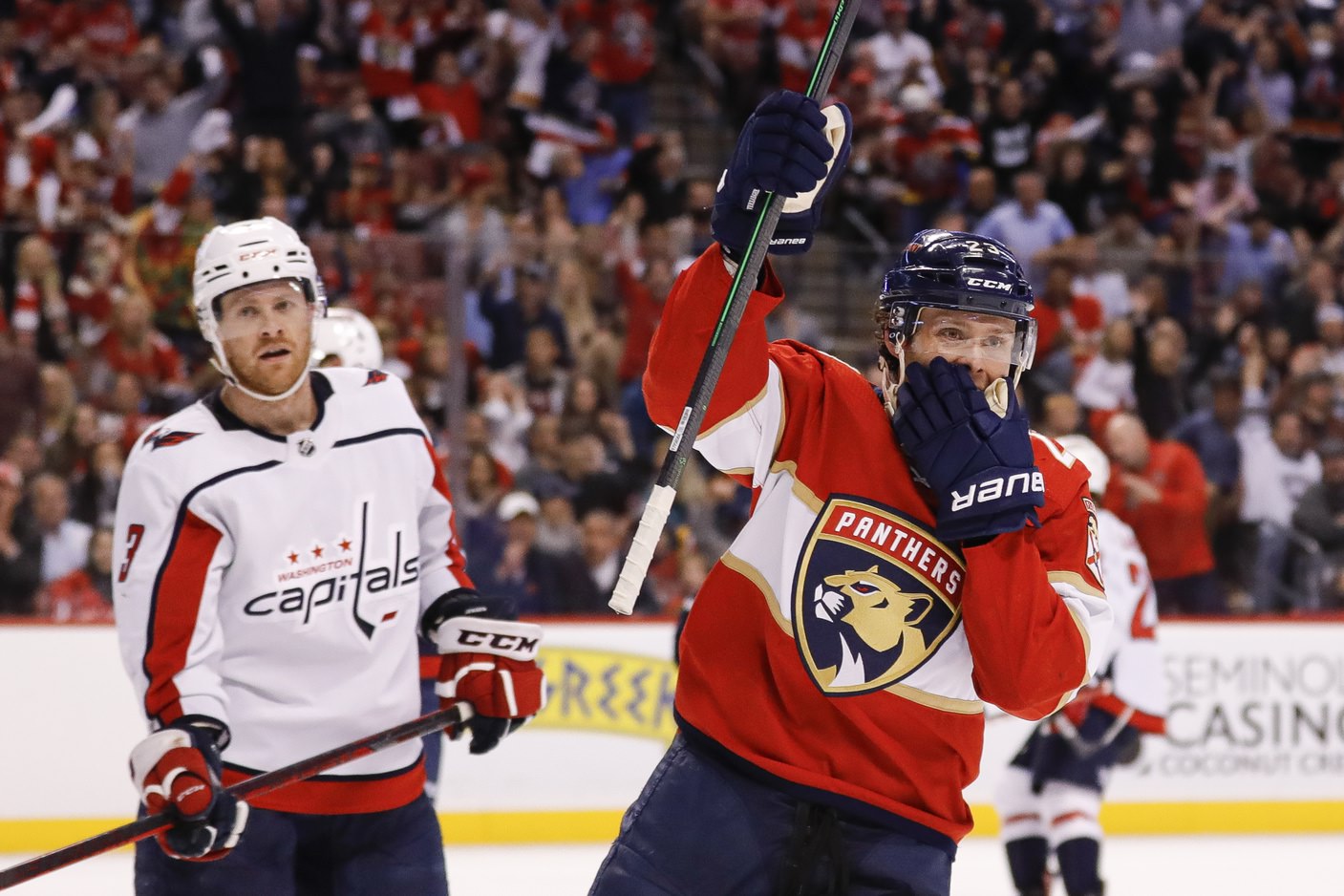 The Caps were two minutes away from a commanding lead; now, they’re teetering in the best-of-seven

The Capitals had their chance. If they eventually lose their first-round series against the Panthers, which they will, they’ll have no one to blame but themselves.

Then, the wheels came off. They gave up a late goal and eventually lost in overtime.

Now, all of the momentum is back with Florida. Instead of facing elimination, the best team in the NHL is in a 2-2 series. Rather than having three chances to knock off the Presidents’ Trophy winners in the first round, the Caps now have to win on the road in order to avoid falling behind in the series.

The bad news doesn’t end there.

The last time these two teams played in Florida, the Panthers dominated. Game 2 was a 5-1 blowout.

And one of Florida’s best players is heating up. Carter Verhaeghe has tallied three goals in the last three games, including the winger’s overtime game-winner in Game 4.

Add it all up and it appears as though the clock has struck midnight for the Capitals. They were two minutes away from being on the brink of pulling the upset. Now, they face long odds in order to advance.

The Panthers will win tonight. Order has been restored.