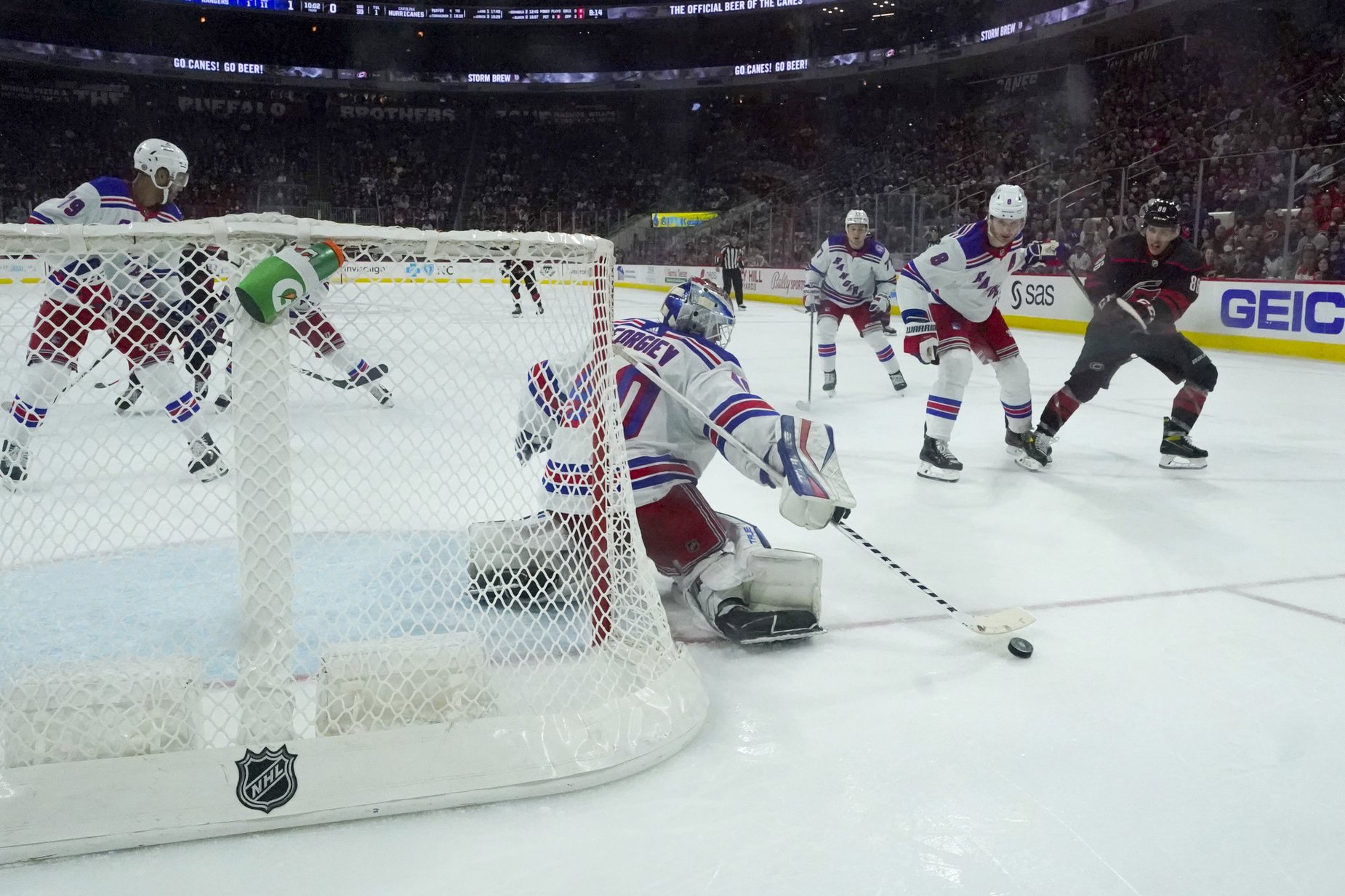 This is a huge, late-season matchup in the Metropolitan Division. Currently, Carolina sits at the top of the standings with 102 points. But right behind the Canes is New York with 100.

The Hurricanes can gain a little cushion with a win. The Rangers can knot things up with a victory. That makes for great drama on a Tuesday night in the Garden.

Given the stakes, it’ll have the feel of a playoff game. Based on the stellar goaltenders between the pipes, it’ll be a low-scoring affair.

Carolina’s Frederik Andersen and New York’s Igor Shesterkin are deadlocked atop the league in goals against per game. Both are allowing just 2.07 pucks per night to get past them. They’ll be trying to best each other tonight, attempting to show which is the true Vezina Trophy favorite.

Andersen may have the tougher task. He’ll be facing a Rangers team that is playing well.

New York has won three-straight games, outscoring its opponents 11-2 along the way. Last time out, the Rangers beat Ottawa 5-1 behind a pair of goals from Chris Kreider. The left winger has 49 on the season, third-best in the NHL.

Carolina is the more-explosive offense on the season, however. The Cantes are led by Sebastian Aho, as the center tops the Hurricanes in goals, assists and points. Slowing him down will be the Rangers top priority.

It should be a great game on one of the sport’s biggest stages. The home underdog is too hard to pass up, however. The Rangers will knot up the Metropolitan Division standings.