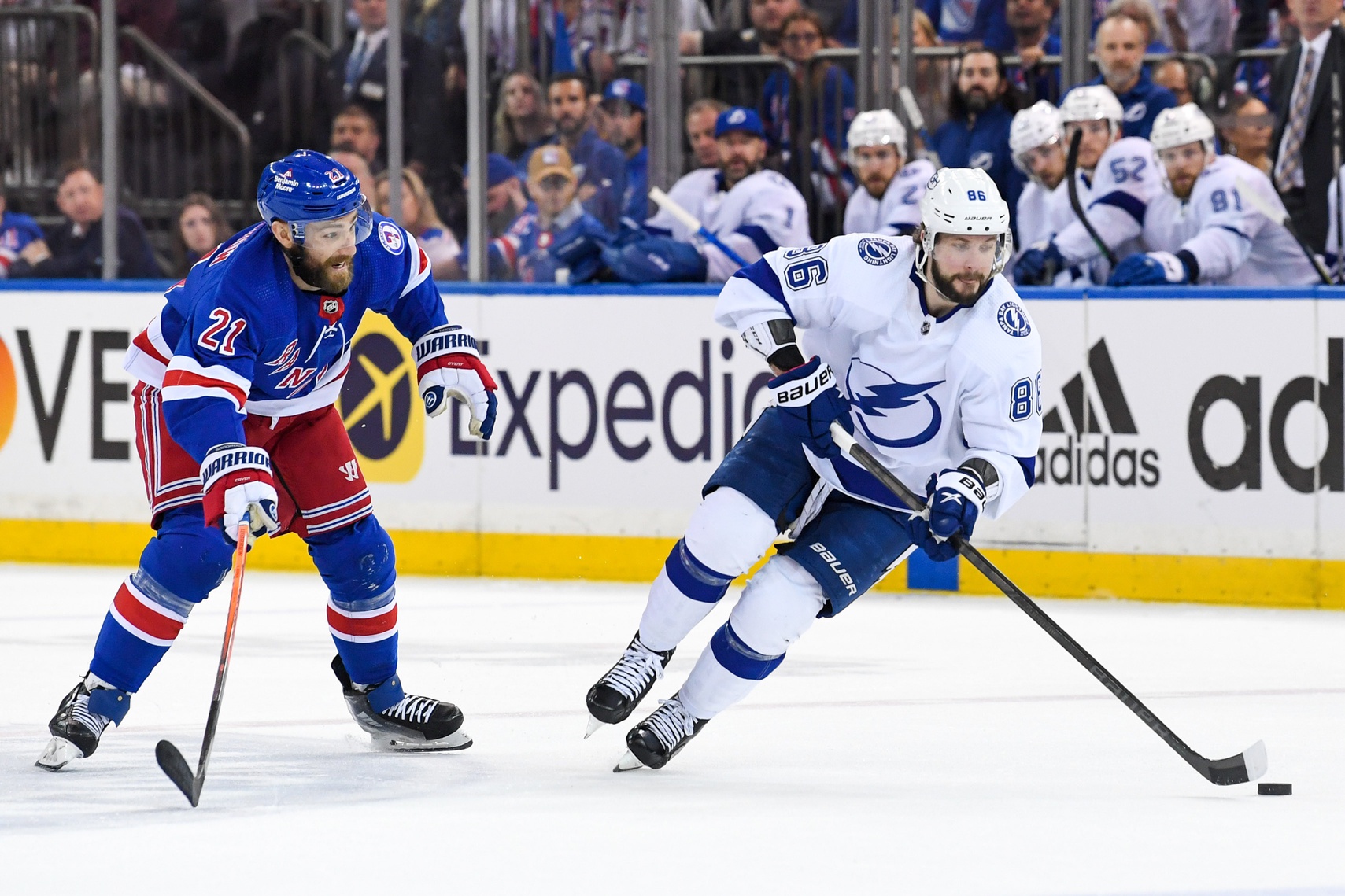 By peppering Igor Shesterkin with shots, the Lightning can claw back into the best-of-seven

The Rangers have an Achilles heel. And it finally showed up in Game 3.

With a chance to take a commanding 3-0 lead in the Eastern Conference Finals, New York couldn’t hold on against Tampa Bay. The Rangers were up 2-0 midway through the second period, but watched the game slip through their fingertips.

Why? Because they continually put Igor Shesterkin in the line of fire.

In the game, the Rangers goaltender faced 52 shots. That’s a staggering number in a non-overtime game. He stopped 49 of them, an impressive .942 save percentage, but it wasn’t enough. The Lightning won 3-2 and climbed back into the series.

This is a continuation of an alarming trend for New York. Throughout the postseason, the Rangers have repeatedly been outshot in games.

Through 16 playoff games, the Rangers have put more shots on goal than their opponent just three times. They’re averaging 34 shots per game, but the team on the other side is firing 42 per night at the net.

Shesterkin is a great netminder, but even the best of the best can’t hold up against that kind of barrage. Eventually, something is going to get through. Such was the case on Sunday, when the Rangers were outshot 52-30 in Game 3.

Tampa Bay got the win, held court at home and got back into the series. Tonight, the two-time defending Stanley Cup champs have a chance to even things up.

Given the way the Rangers can’t slow down the opposition, count on that happening. They simply allow Steven Stamkos, Nikita Kucherov and company too many opportunities.

If Shesterkin has to face more shots than Andrei Vasilevskiy, his chances of winning the battle of the goaltenders is slim. Such was the case on Sunday. Expect a repeat tonight.