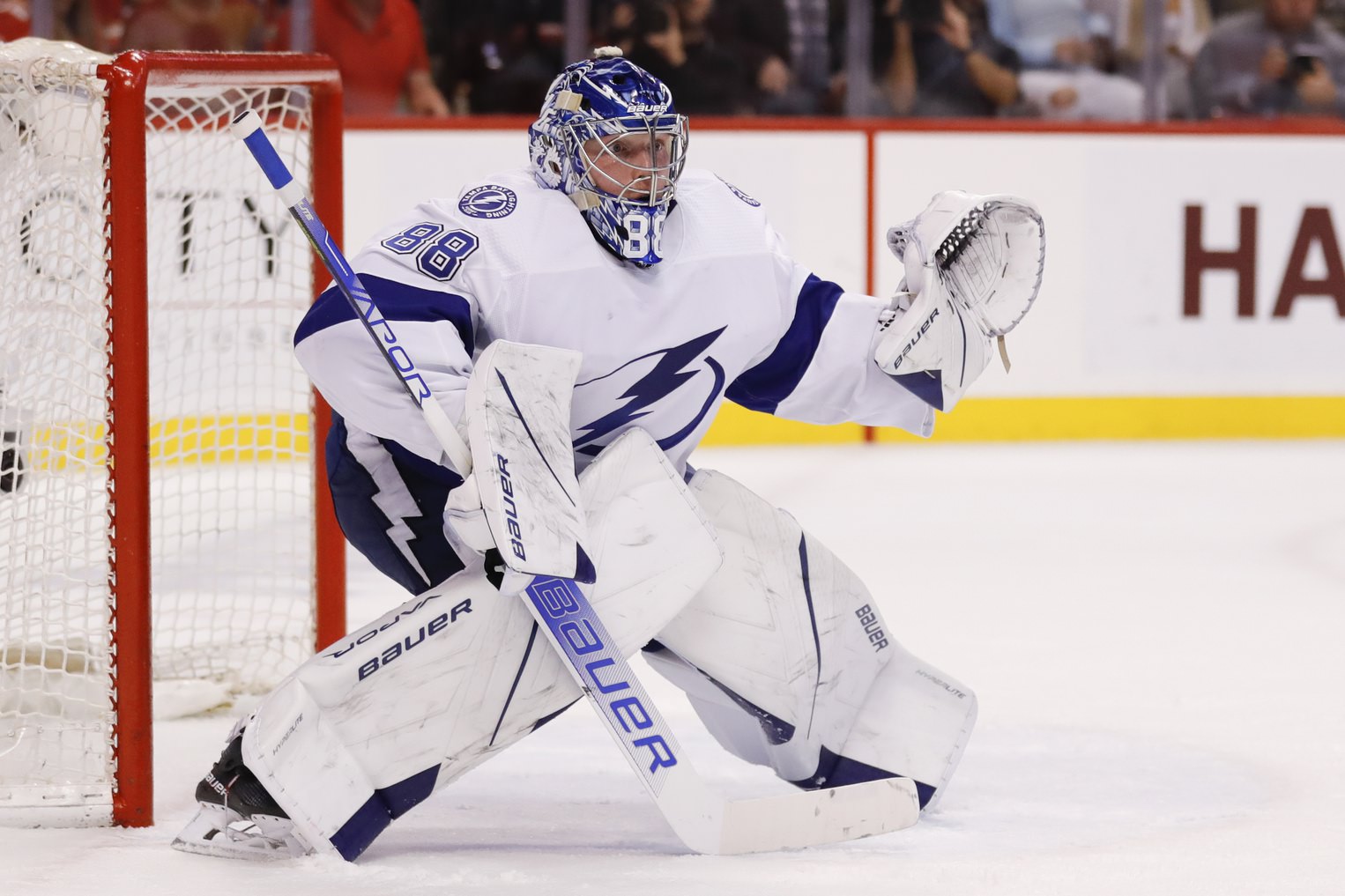 The two-time defending champs have a hot goaltender, giving them the edge in Game 2

It’s a cliché for a reason. In the postseason, it’s best to ride a hot goaltender.

That goes for a team, as a coach shouldn’t make a change between the pipes if he has a netminder playing well. And it goes for those of us who like to make the game a little more interesting, as well.

If a goalie is playing well, stick it out. Don’t change a thing until the hot streak comes to an end.

That’s good advice tonight, as the Lightning try to take a 2-0 lead in the best-of-seven against the Panthers. It’ll steer people in the right direction.

On the surface, it’s tempting to go with Florida. After all, the Panthers are at home, they’re the No. 1 seed in the Eastern Conference and it seems unlikely that they’ll fall into an 0-2 hole in the second round of the playoffs.

But on the other side, Tampa Bay has Andrei Vasilevskiy. Right now, he’s the very definition of a hot goaltender.

The Lightning’s netminder has won three straight games, helping the two-time defending champions get past Toronto in the first round and jump out to a lead against Florida. In those wins, Vasilevskiy has given up just five total goals, stopping 93 out of 98 shots.

Combine that with the fact that the Panthers have been struggling at home in the postseason, going just 2-2 thus far, and the Lightning have played well in Sunrise of late, winning 8-4 in April and 4-1 in Game 1, and things point to an upset tonight in south Florida.