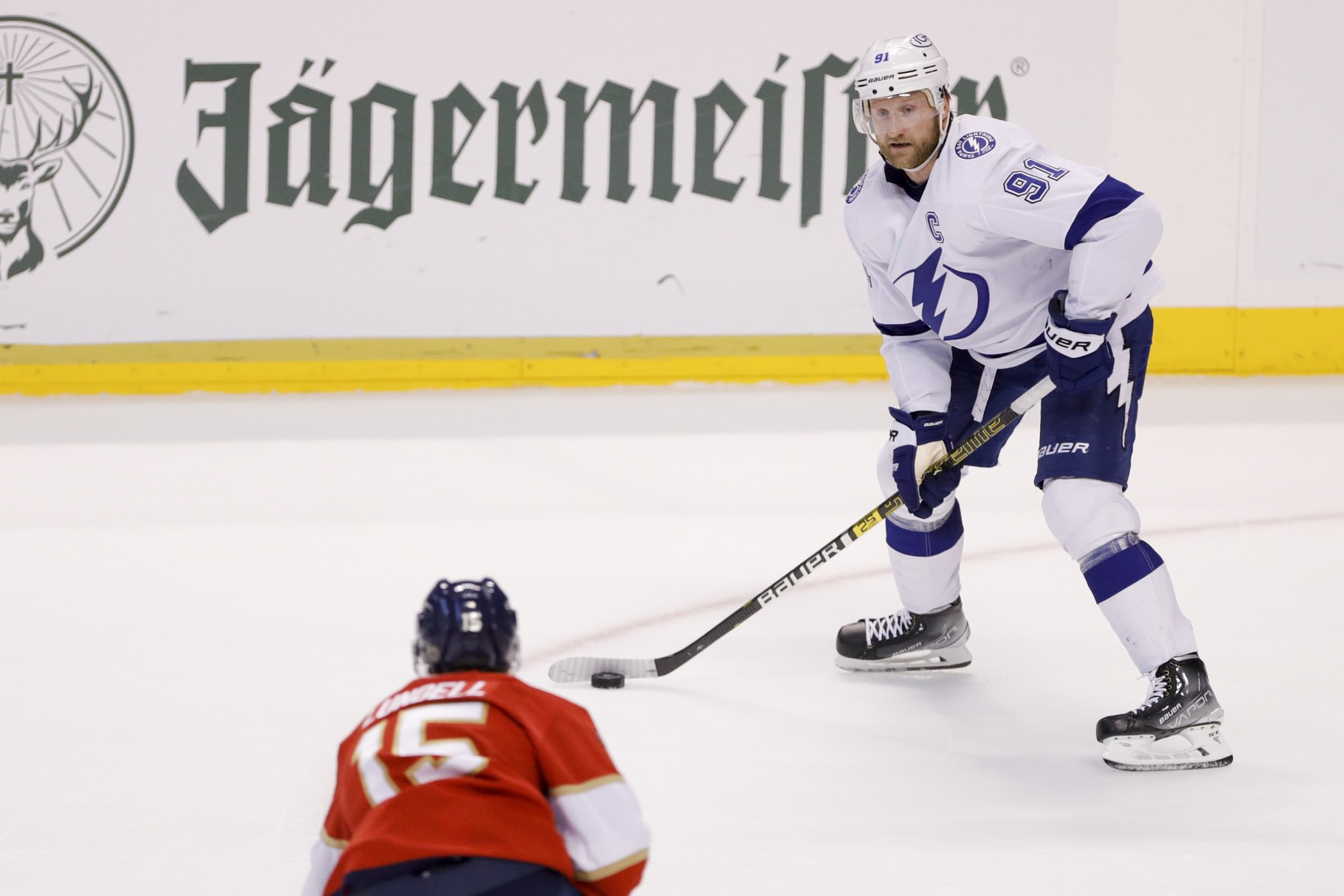 On paper, this looked like a great series. While the Western Conference featured the “Battle of Alberta” in the second round, the East had the marquee “Fight for Florida,” showcasing the two-time defending champions and this year’s Presidents’ Trophy winners.

Instead of an epic best-of-seven, however, it’s turned into a rout. The Lightning have dominated the Panthers through the first three games, with a chance to get the sweep tonight.

There’s no reason to believe they won’t pull of the feat. Florida has been non-competitive through most of the series.

Tampa Bay stole home-ice advantage with a 4-1 win in the opener. The Bolts took control of the series with a last-second goal to win Game 2 by a 2-1 count. And then, the Lightning made a statement with a 5-1 win yesterday.

All told, the two-time defending Stanley Cup champs have outscored the Presidents’ Trophy winners 11-3 in the series. Steven Stamkos and Nikita Kucherov have led the way offensively, but Andrei Vasilevskiy has been the difference maker.

Last year’s Conn Smythe Trophy winner has been stellar in net. He’s won five-straight playoff games, including all three in this series. The Panthers have been unable to tally more than one goal against him in any game. He stopped 34 of 35 shots faced on Sunday, serving as a brick wall between the pipes that is frustrating the Panthers.

There’s no reason to believe he’ll crumble. And Florida knows that their chances of beating Vasilevskiy four straight times is nearly nil.

Tampa Bay finishes things off tonight. The “Fight for Florida” will end in a bloodbath.