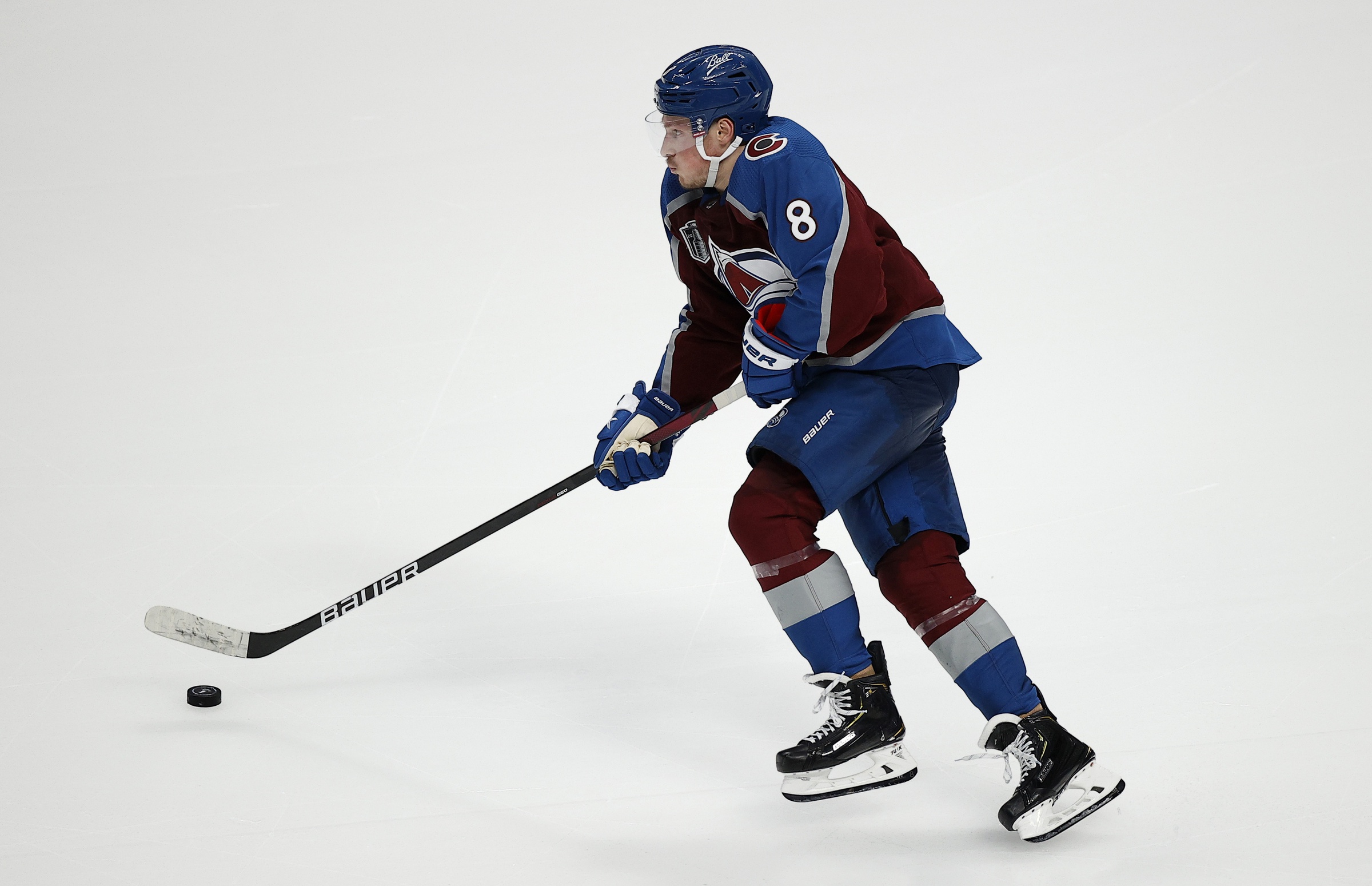 Home » Up 1-0 in the Stanley Cup Final, Game 2 is a must-win for the Colorado Avalanche

That’s correct. Sure, it sounds a bit dire, given the fact that the Colorado Avalanche are up 1-0 in the Stanley Cup Final against the Tampa Bay Lightning. But that’s the reality of this series, a could-be, seven-game battle of attrition with razor thin margins. If you watched Game 1, you understand just how close this one could be.

In Game 1, the Avs jumped out to a 3-1 lead in the first period. But from that point on, it looked as if Tampa Bay had somehow solved a mystery. The Lightning battled back to tie the game 3-3, only to lose in overtime.

Heading into tonight’s game, and despite being up 1-0, the Avalanche can’t exactly feel overconfident. A win is a win, but in many ways, they narrowly escaped with one on Wednesday night. And that’s not a bad thing for the Avs, the best team in hockey.

Believe it or not, the only two losses Colorado has suffered in the postseason this spring have come on home ice – both against St. Louis in the second round. One of the Avs worst performances, in fact, was a 4-1 loss in Game 2 against the Blues. The Avalanche are well-aware that a series-opening win doesn’t mean anything; they simply can’t coast, even on home ice. This time around, against the Lightning, they won’t.

Another factor that favors the Avs in tonight’s game is rest. Heading into the series, there was a great deal of debate surrounding “rust versus rest.” In other words, would days off help or hurt Colorado. Built on speed, the rest clearly helped the Avs come into the series with fresh legs. They were flying high from the get-go in Game 1. Conversely, Andrei Vasilevskiy’s worst games have often been early in series; with more days off, he hasn’t been as good. Tonight’s game represents a rare three-day gap in the playoff schedule, rather than the typical rhythm of “every other night.” Colorado gets another day of rest, while, perhaps, Vasilevskiy stays rusty.

This series will be a slugfest, and regardless of how you’re betting, a puckline wager on the underdog may be the way to go for any game in this series.

But tonight, the Avalanche will win. They have to. They know that going to Tampa Bay tied at 1-1 is a dangerous proposition at best.