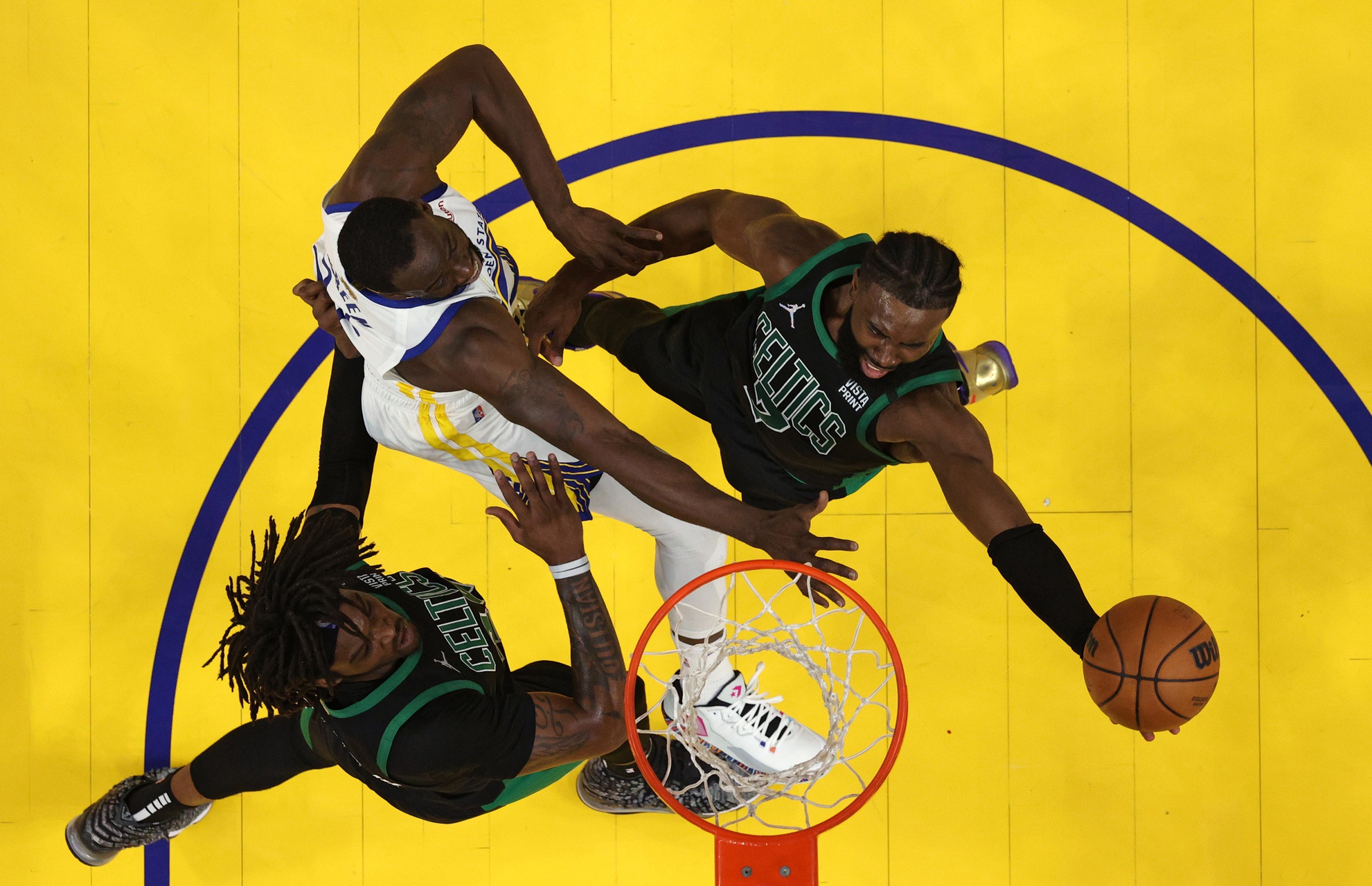 Home » Can the Boston Celtics avoid elimination in Game 6 against the Golden State Warriors?

Once in control of the NBA Finals, the Celtics have to avoid a third-straight loss to stay alive

After taking a 2-1 lead in the NBA Finals, the Celtics are on the brink of losing the series. They have to win Game 6 on their home court in order to avoid elimination.

They’re also trying to prevent a bit of a collapse. Dropping three-straight games to go from in control to out of the picture would be a huge disappointment.

There are plenty of things working in their favor tonight. Signs point toward Boston finding a way to stay alive.

For one thing, the Celtics haven’t lost three-consecutive games this postseason. In fact, they hadn’t dropped back-to-back games prior to their defeat in Game 5. Overall, the Celtics are 7-1 in the playoffs after a loss.

Meanwhile, the Warriors haven’t been great on the road during their chase of the title. In fact, they’ve only won one game away from Chase Center in each round. Golden State was 1-1 in Denver, 1-2 in Memphis and 1-1 in Dallas. They already picked up a victory in Boston, so getting a second one would break that trend.

The key for the Celtics will be eliminating turnovers. In Game 5, they gave the ball away 18 times, blunders they couldn’t overcome. In the postseason, Boston is 1-7 when committing 16 or more turnovers. So that’s a crucial area of emphasis.

They also need to be better at the free throw line. In a 10-point loss, they missed 10 shots from the charity stripe. That’ll have to improve on Thursday night.

Steph Curry was heroic in Game 4, keeping the Warriors out of a 3-1 hole with an epic road performance. But the star guard struggled in Game 5, as the Celtics held him to 7-of-22 shooting, including 0-for-9 from three-point range.

Boston will need similar defense tonight. But the Celtics will also have to find a way to not let Andrew Wiggins beat them. When Golden State gets a scorer other than Curry or Klay Thompson, whether it’s Jordan Poole or Wiggins, it’s tough to beat.

This series seems destined for seven games. Boston finds a way to stave off elimination tonight.