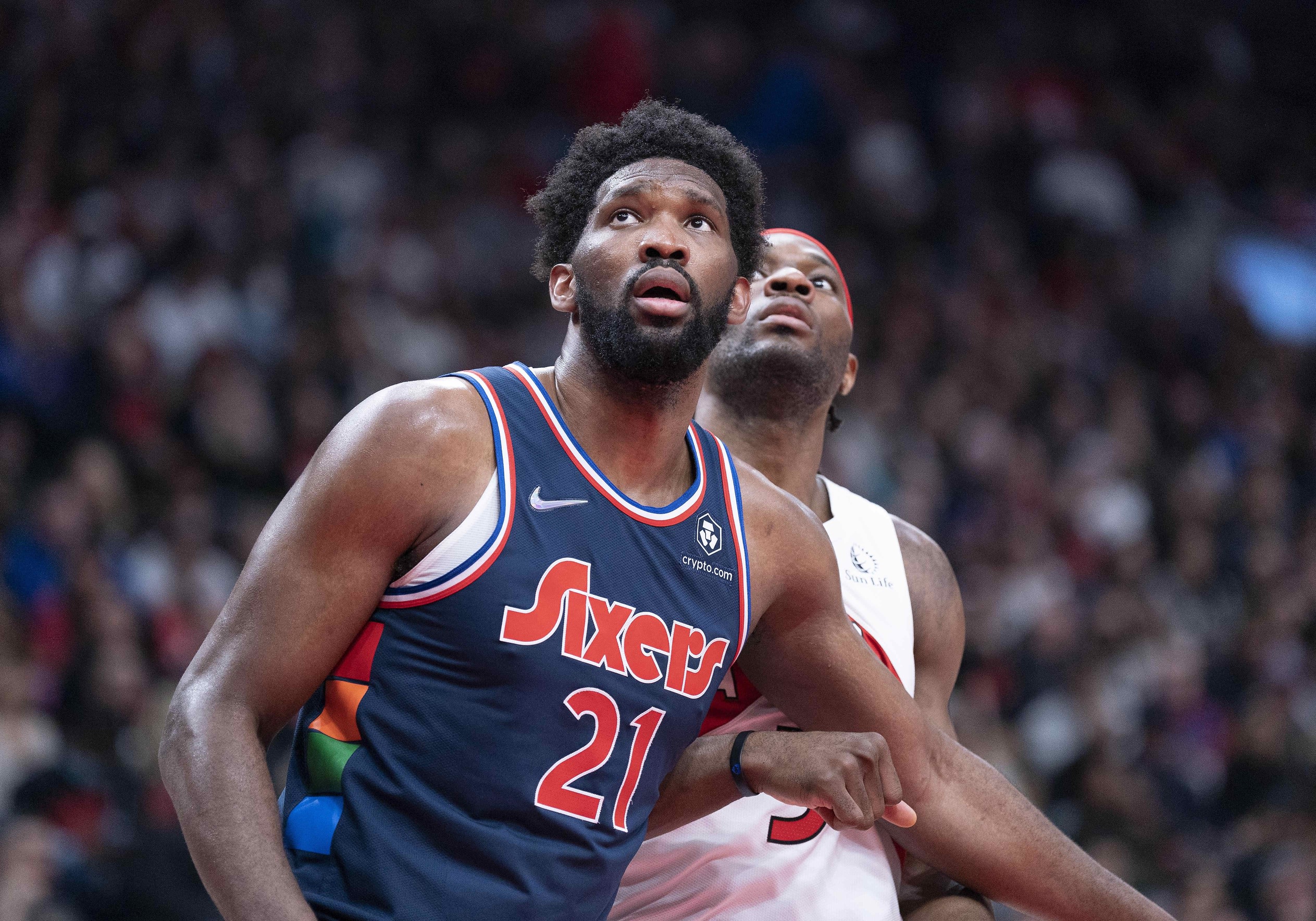 How will Joel Embiid’s injury affect the big man tonight and throughout the rest of the playoffs? That’s arguably the biggest question looming in the NBA at the moment.

The league’s leading scorer has as torn ligament in his right thumb. It will require surgery at the end of the season, but the MVP candidate is going to attempt to play through it as long as Philadelphia is in the postseason.

His toughness his admirable. It’s reminiscent of a bygone era. But it can only carry him so far.

In Saturday’s loss to the Raptors, a game Toronto had to have in order to avoid the sweep, Embiid played fine. He had 21 points and eight rebounds. That’s a very good game for most players. But it’s well below the standards set by one of the game’s best players.

Tonight, as the Sixers try to close out the series and get their big man some time to rest before round two, they’ll need other players to step up. James Harden led the way in Game 4 with 22 points. He’ll need to do that and more, as his 5-for-17 shooting performance wasn’t good. Tobias Harris had 15 points and 11 rebounds; he’ll need to match that double-double tonight.

Why? Because it’s silly to think that Embiid will be himself tonight. What everyone saw in Game 4 is what they should expect moving forward.

Thus, there’s a deep dive play tonight that makes a lot of sense. Embiid’s over/under for total points is set at 28.5, a number that reflects his normal, healthy production. With a bum thumb, jump all over the under.