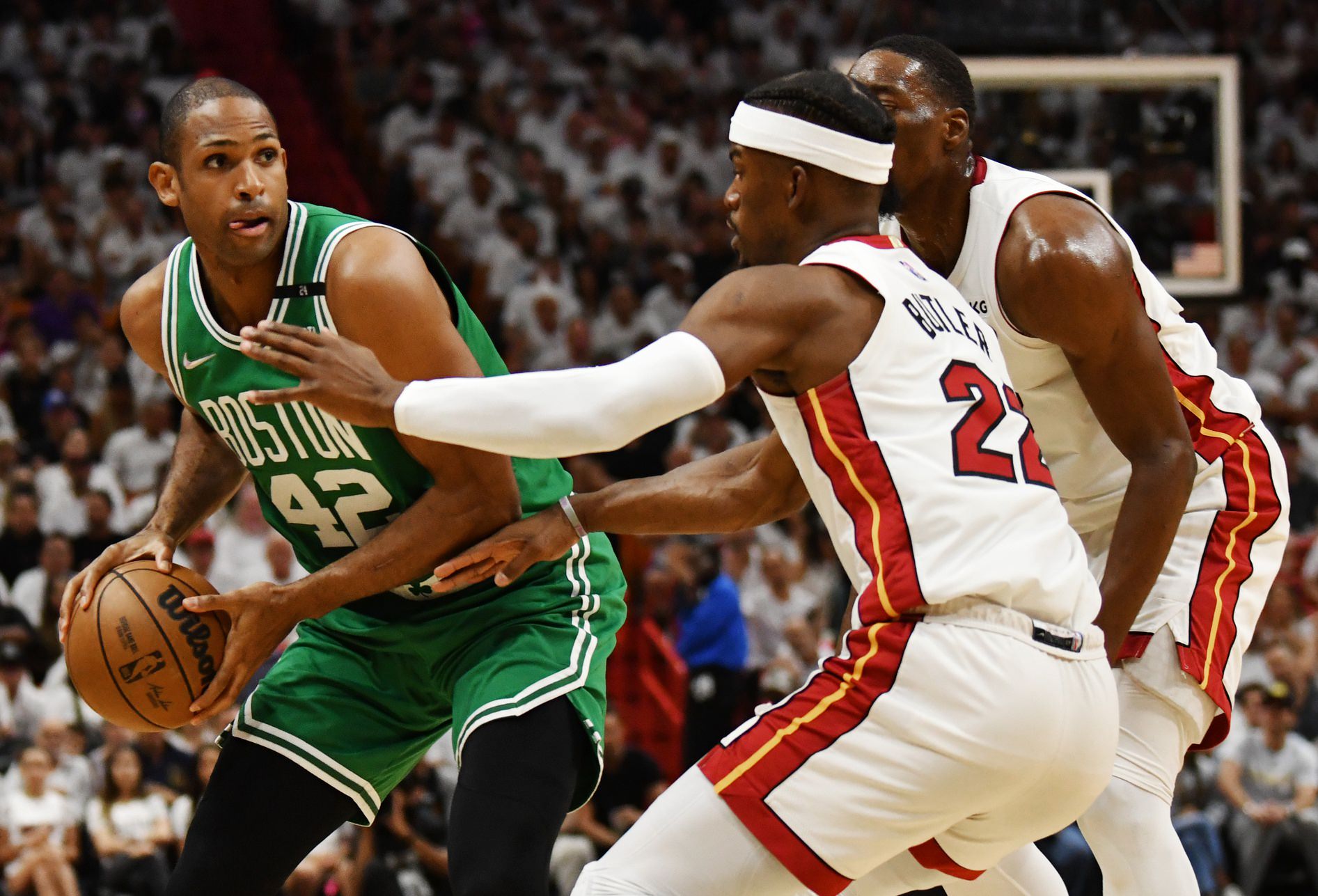 The Boston Celtics will retain control against the Miami Heat

Home » The Boston Celtics will retain control against the Miami Heat

After seizing home-court in the Eastern Conference Finals, the Celtics will continue to cruise

For a series that’s tied 1-1, this feels like it’s been one-sided. Miami won Game 1, but only by 11 points. And the Celtics were shorthanded, playing without Al Horford and Marcus Smart. They both returned to the lineup in Game 2. Boston won by 25 points on the Heat’s home court.

The C’s were the better team through the first two games. It was obvious.

The Heat are known for being a defensive-minded team. But Boston can play that game, as well. The Celtics are equally adept at stopping the opposition.

Then, it comes down to who can score. And on that front, the Celtics are far superior.

Boston’s big four of Jaylen Brown, Al Horford, Marcus Smart and Jayson Tatum are averaging more than 80.0 points per game as a group. Tatum is developing into a star, averaging 28.2 points per game in the playoffs.

On the other side, Jimmy Butler has largely been a one-man band. He’s been great in this series, pouring in 41 in Game 1 and 29 on Thursday night, but he’s gotten very little help. Miami doesn’t have another player averaging more than 14 points per game.

That’s a formula that doesn’t travel well, especially against good teams. Boston has the balance, able to beat teams on both ends of the floor, and it has the star power. Thanks to the win in Game 2, they also have home-court advantage.

Boston isn’t about to give it up. The Celtics will cruise in Game 3.