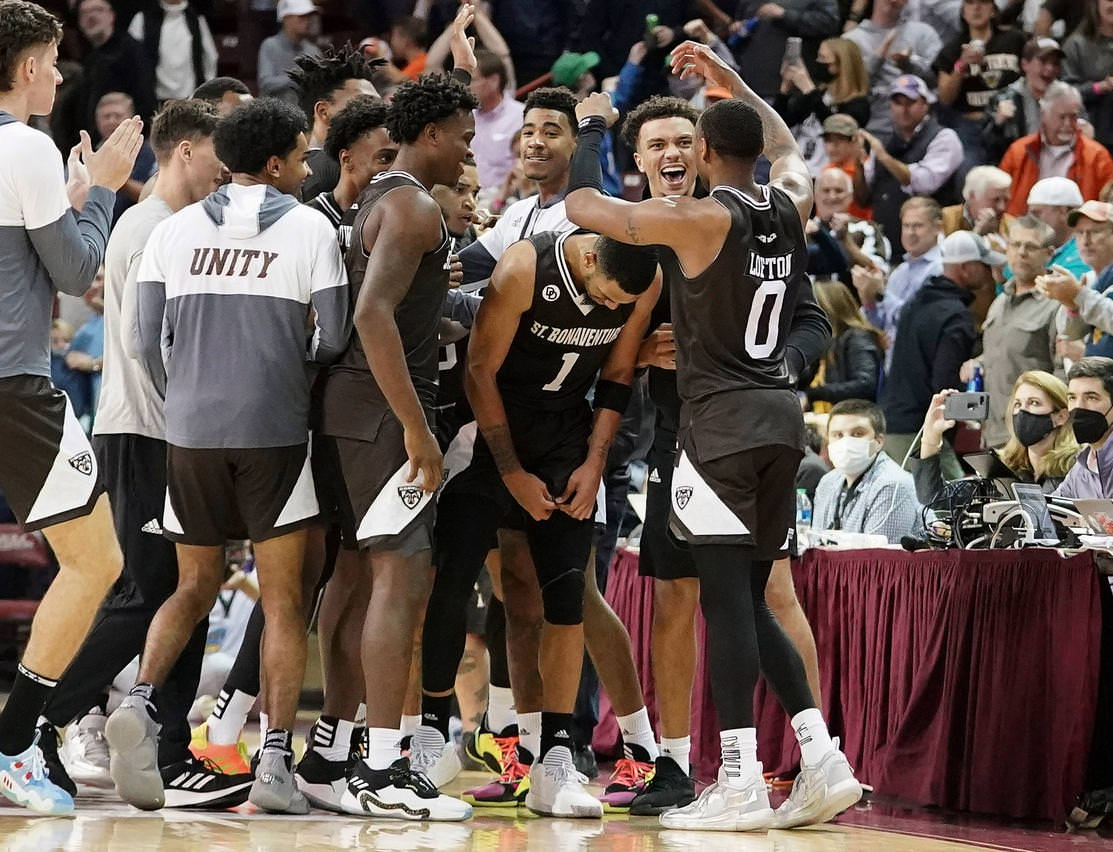 Trust the senior-laden Bonnies when St. Bonaventure visits Virginia in the NIT

Home » Trust the senior-laden Bonnies when St. Bonaventure visits Virginia in the NIT

When it comes to NIT games, it’s often about trying to read the room. Which team wants to be there? And which one is disappointed that they aren’t in the big dance?

On that front, St. Bonaventure gets the edge. At 22-9, the Bonnies knew their tourney dreams were over when they lost to St. Louis in the Atlantic 10 tournament. They weren’t getting a nod after finishing fourth in the conference.

Meanwhile, Virginia is a school that aspires for bigger things. The Cavs are used to deep runs in the tourney. They’re used to high seeds. They’re used to championship talk. The NIT isn’t what they have in mind when the season starts.

From a motivation standpoint, it’s hard not to like the Bonnies in this one. They’ve been playing well of late, winning at Colorado by ten and then at Oklahoma by a bucket to advance to the quarterfinals. Meanwhile, the Cavaliers have sputtered a bit, beating Mississippi State by just three at home and needing overtime to best North Texas.

For St. Bonaventure, it’s been all about their five senior starters. They combined to play 194 out of 200 total minutes against Oklahoma. Mark Schmidt leans on that group heavily.

Against the Sooners, it was Jaren Holmes who shined brightest for the Bonnies. The guard poured in 23 points on 8-of-12 shooting, a hot hand that St. Bonaventure will need tonight.

The Bonnies have won eight out of 10. They’re the motivated team. They have a senior-laden roster.