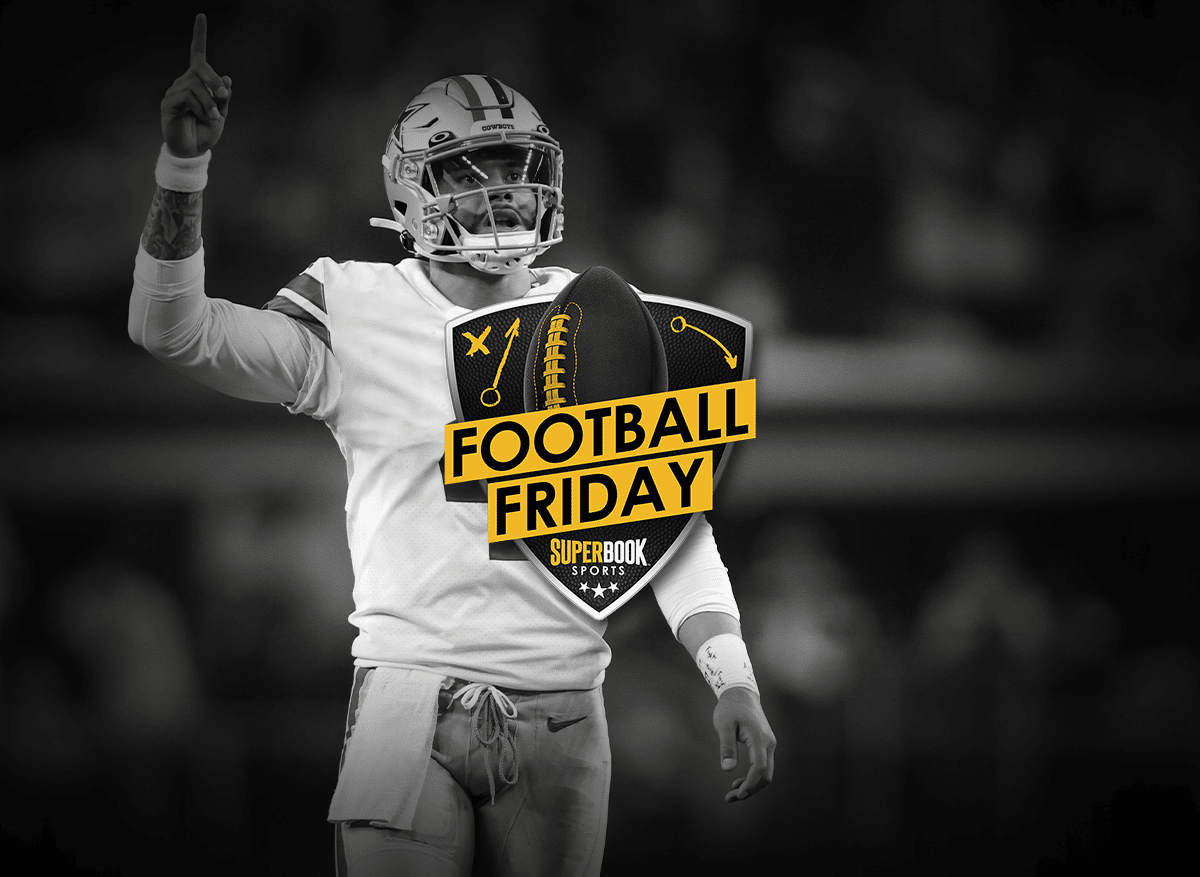 The Cowboys executed a game last Sunday night that was near perfect. Their matchup with the Colts was 21-19 early in the third quarter, shaping up to be an exciting finish. Dallas had other plans.

The Cowboys scored 33 unanswered and forced five turnovers to win 54-19. It was one of the biggest blowouts of the season and it was a game that every Colts fan in America turned off before the end.

It was sort of expected, though, as the Colts are a fairly bad team. But this week, Dak Prescott and the Cowboys play an even worse squad. The worst team in the league, in fact. A team with one-win, 10 losses and a tie.

That’s right, it’s the other team in Texas. Houston averages just 15.7 points per game (31st in the NFL) and give up 23.9 (23rd). The Cowboys are on the completely opposite side of the spectrum. They give up an average of 17.2 PPG (third) and have scored nearly 40.0 points per game in their last five outings.

It has been absolutely insane what the Cowboys have been doing. At this point, they have the fourth-best odds to win the Super Bowl, and they aren’t even leading their division. The Cowboys have the third-best record in the NFC and don’t have home field in the first round.

But every week, they inch closer and closer. The Cowboys aren’t a team that is going to lose to the Texans. This one could be another blowout win.

Is there something that the oddsmakers aren’t telling us? Sure, the Lions have won four out of five, but they are still five games behind the Vikings in the NFC North. Minnesota has been one of the best teams in the NFL this season. Despite having some close games, their record proves it.

The Vikings have won nine out of their last 10, starting with their win over the Lions in September. Now, they can clinch the division with a win on Sunday.

Kirk Cousins has never lost at Ford Field with the Vikings. The quarterback is 4-0 with 12 touchdown passes at Detroit.

All of this sets up the Vikings to have a monster day, in hopes of clinching the division and getting their 11th win of the year. Yet, they are still a 2.0-point underdog. Bizarre.

An illness has put some key players on the injury report as Danielle Hunter and Harrison Smith are questionable for Week 14. But nonetheless, the Vikings are by far the better team.

Despite the Lions needing the win to keep their postseason hopes alive, the Vikings will clinch the NFC North. The line has already moved from 2.5 to 2.0 and as other people see this gift of a point spread; it will likely go down even more come Sunday afternoon.

What is there to say about this one? Everyone knows which way it’s going to go. It’s more about how big the margin will be. Will it be a one-point win for Kansas City or a 30-point blowout?

The Broncos have the worst offense in the league and it is no match for Kansas City’s defense, which ranks 15th in the NFL in points allowed. However, Denver’s defense is ranked second in the league, giving up just 17.0 points per game. But the Broncos haven’t played a team like the Chiefs yet.

The best offenses that the Broncos have faced are the Chargers and Raiders. They’ve given up 32, 19 and 22 in the three meetings thus far against those AFC West foes. And let’s be real here, those offenses are not as high-powered as the Chiefs. Not even close.

This will be the biggest test for the Broncos defense thus far. Again, it could be a close game, but it also could be a game in which we see a Chad Henne appearance.

With the Broncos struggling like they are, the latter is more likely to come true. Take the Chiefs with the points on this one. It’s going to be a blowout in Denver.

An AFC North grudge match in December feels like a low-scoring game. Throw in the fact that it’s a rookie quarterback for the Steelers and a backup signal caller for the Ravens and this one has 13-10 written all over it. In two of its last three games, Baltimore has managed just 13 and 10 points – ironically, both were wins. Without Lamar Jackson, the Ravens will be in that range again. And while Kenny Pickett has played better, Pittsburgh is averaging just 17.8 points per game this season.

This is a big number, but the Chargers quarterback has a great matchup for getting it done. As good as the Dolphins have been this year overall, they have struggled to stop the pass. Miami is giving up 290.5 yards per game through the air, ranked 31st in the NFL in that category. Herbert is coming off a 335-yard performance against the Raiders, so he’s feeling it at the moment. This game was flexed into “Sunday Night Football,” providing a national stage for the rising star.

The Cowboys quarterback has just 71 rushing yards on the season, only having found the end zone one time. He’s been cautious, not wanting to put his body in harm’s way, letting his running backs do the dirty work near the goal line. But against the Texans, Dallas will probably score in every way imaginable. So why not take the chance on +580 odds that the guy who touches the ball on every offensive play for the Cowboys will find pay dirt?

Prime Steals the Show – To say the fans in Boulder are excited about the arrival of Deion Sanders as the Buffs head coach would be a gross understatement. He’s revitalized a dormant program, lifting a 1-11 team from the ashes. On Thursday night, Prime made his first public appearance at CU, showing up for a Colorado basketball game. Let’s just say the fans gave him a warm welcome.

More Teams in the Mix – College football just keeps getting bigger and bigger. It was announced that 10 members of the Atlantic Sun and WAC have joined forces to form a football-only conference, one that will allow the schools to move from FCS to FBS. While not big-name schools, that’s more teams in the mix for bowl games, TV rights, etc. And they’ll be seeking their piece of the pie as soon as possible.

Snubbed – When the finalists for the Heisman Trophy were announced, one name was noticeably absent. Hendon Hooker lifted Tennessee from an unranked team in the preseason to a No. 1 ranking at one point during the 2022 campaign. Yet the Volunteers quarterback wasn’t invited to New York for the ceremony. He was, however, honored this week in another way for his efforts.