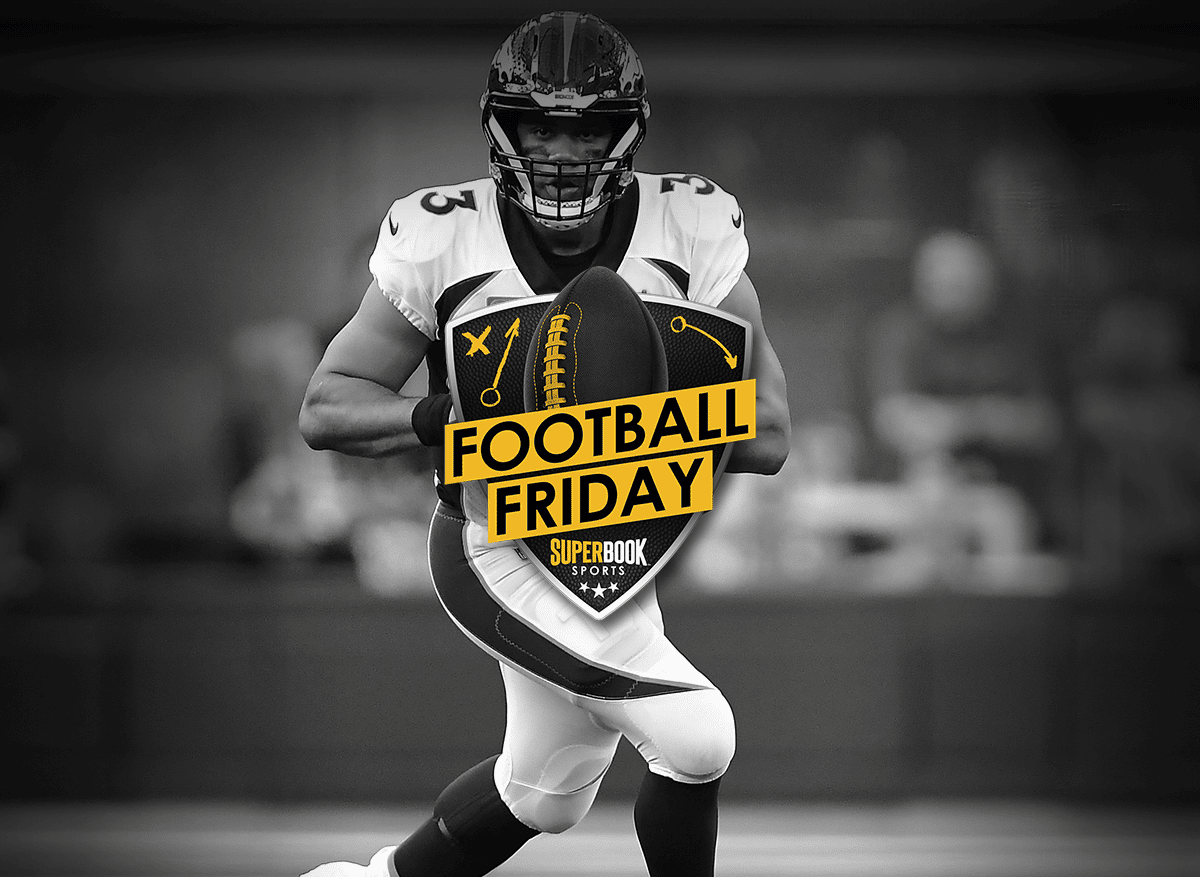 The NFC South is still up for grabs. But Tom Brady and the Buccaneers can clinch the division with a win on Sunday.

If they lose, the Panthers are in the driver’s seat. It’s a huge game to say the least.

However, there’s one big factor that has sort of a big influence. Tom. Brady.

Brady has made the playoffs 19 times in his career and despite having a losing record at the moment in Tampa Bay, he would be in again if the postseason started today. Brady is expected to make the playoffs yet again, as the Bucs are a 3.0-point favorite over the Panthers.

Carolina cannot be overlooked, though. The Panthers beat the red-hot Lions on Christmas Eve to keep their playoff hopes alive and nobody in that building thinks they can’t do it again.

Whoever wins this one is likely in the playoffs. When that is the scenario, it’s best not to bet against Tom Brady. Take the Bucs moneyline.

The Texans are out of the playoffs and have been for quite some time. They haven’t quite locked up the No. 1 overall pick in the 2023 NFL Draft yet, but they could with a loss this week.

But is that a sure thing? Normally, it would seem so, even against the Jaguars, who currently hold the top spot in the AFC South. But the Jags really don’t have much to play for on Sunday.

It’s a weird scenario where no matter what, next week decides the division. The Jaguars and Titans are in contention for the AFC South title, and their head-to-head matchup in Week 18 is for all the marbles, regardless of what either team does this week. In part, that’s why Tennessee sat so many starters on “Thursday Night Football.”

Unlike the Titans, the Jaguars are starting all of their players. But who knows how much they will play given the situation?

One thing that is certain, however. The Texans will play until the end. It would be very easy for them to lay down and quit, but they keep making it close.

Last week, they defeated Tennessee. In the two weeks before that, Houston kept it close with Kansas City and Dallas. They are going to try to win every game, even if it means losing the first overall pick.

With the game meaning very little for Jacksonville, this could easily be a win for Houston. That’s where the value is in this game.

When it comes to division games, Aaron Rodgers is pretty good. He is 57-23-1 all time, giving him a 70% winning percentage.

However, he is just 16-11-1 against the Vikings. They are his biggest rival within the division, yet he still has a winning record against them.

When it matters most, don’t bet against Rodgers. The future Hall of Fame quarterback has made the playoffs 12 times in his career. Despite having one of his worst seasons ever, he still has a shot this year.

The Packers have moved to 7-8 with two-straight wins. As a result, they’re a favorite in this game despite the Vikings being 12-3. Minnesota has already won the division, but they are playing for postseason seeding.

Green Bay’s biggest flaws are starting to be patched. They have found their WR1 in Christian Watson and their defense has been much improved, as they have allowed just 17.0 points per game in their last three games.

Everyone wants to see Rodgers make the playoffs yet again, not only because it’s a testament to his greatness, but also because he makes it interesting. A loss means they are likely out and that doesn’t seem like the type of thing Rodgers will let happen.

Denver is in disarray. Sitting at 4-11, the Broncos fired head coach Nathaniel Hackett this week, turning things over to Jerry Rosburg, a former special teams coach who wasn’t even on the staff at the beginning of the season. Meanwhile, the Chiefs are rolling, as they battle for the No. 1 seed in the AFC. Kansas City could hit the over in this one all by themselves, as Los Angeles hung 51 on the Broncos during their Christmas Day massacre. This feels like 31-17, as the Chiefs take their foot off the gas late.

Predicting that the Broncos quarterback will do anything positive seems like a risky proposition. After all, Wilson has had a dreadful first season in Denver. That said, he’s taken a lot of heat this week, with his teammates coming to his defense. He’ll be looking to put up some big numbers. And he has the right opponent, as the Chiefs have the worst pass defense in the NFL, giving up an average of 303.5 yards per game. Russ may not cook, but he’ll put up some yards on Sunday.

Despite their woes, the Steelers remain in contention, sitting at 7-8 as they travel to Baltimore for an AFC North showdown on “Sunday Night Football.” The formula on offense seems simple. Give the ball to Harris to take pressure off rookie quarterback Kenny Pickett. Given that the Ravens struggle to stop the run, surrendering 166.0 yards per game, this seems like a prudent course of action. Pittsburgh will try to keep it low scoring and hope they can make some plays late, riding their running back to a win on the road.

Can they pull the upset? – Despite playing in a Power Five conference, where they ran the table in the regular season, few are giving TCU a shot against Michigan. They’re acting as though the Horned Frogs are some chippy upstart from a mid-major. ESPN’s Pete Thamel talked to NFL scouts, however, in order to preview the semifinal game. His findings were interesting.

A surprising answer – Stetson Bennett looks a little bit like a square. The Georgia quarterback doesn’t appear like someone who would have an edgy taste in music. But when his teammates put forth that notion, the player looking to guide them to back-to-back national championships had an interesting and eye-opening response.

The underachievers – Sure, they’re playing in a NYE bowl game. But they aren’t a part of the College Football Playoff, despite being loaded with talent. That makes these four programs, all chock full of five-, four- and three-star recruits, the teams that should be thinking about “what could’ve been” this weekend.