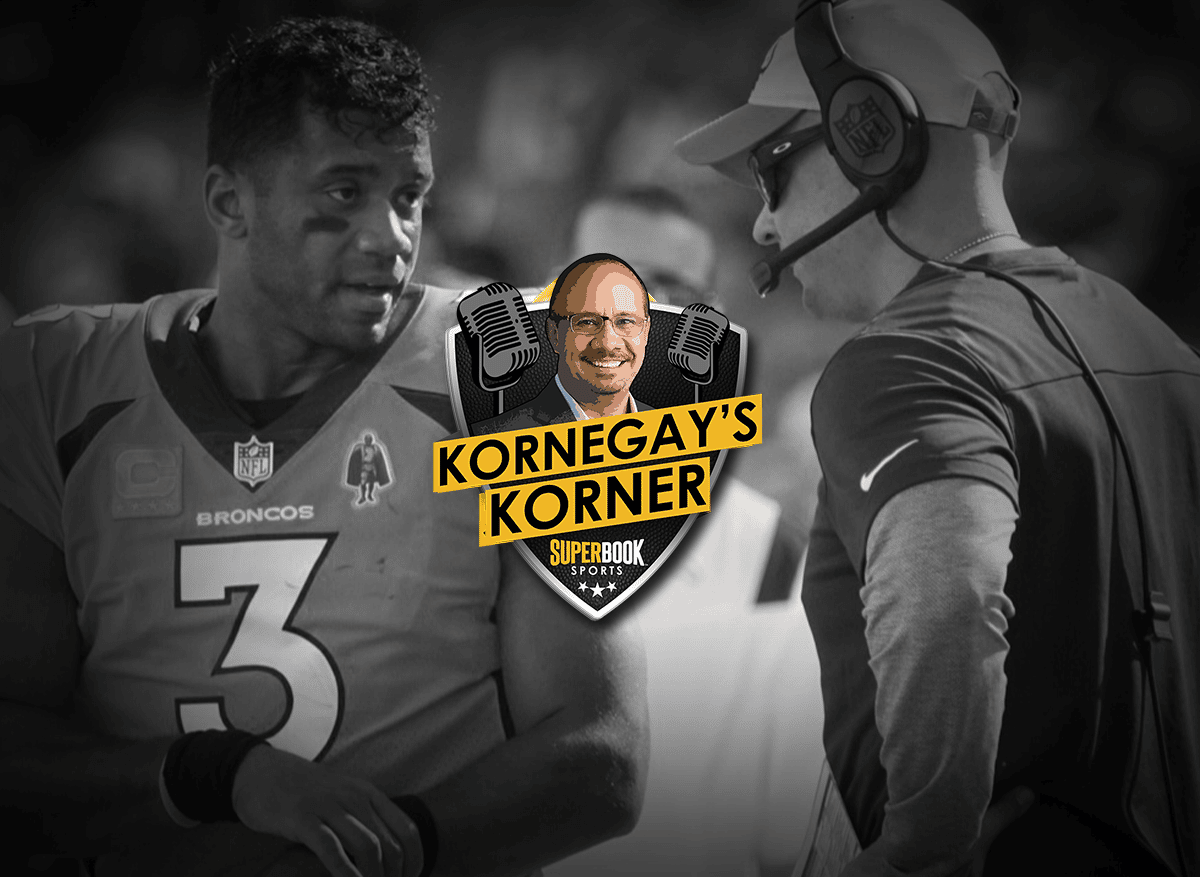 Kornegay’s Korner: “The Broncos look in a state of disarray.”

Okay, that statement – spilling from the lips of our guy, Jay Kornegay – needs some context. Kornegay was asked, in essence, how betters are reacting to the 1-1 Denver Broncos. Furthermore, how will bettors view the Sunday Night Football matchup with the 49ers, now led by a quarterback who took them to the Super Bowl 2020 and the NFC Championship Game last season?

“We opened the Broncos -2.5 over the 49ers Sunday night and it’s currently San Francisco -1.5. The power rankings for these two teams are going in opposite directions. With the 49ers changing quarterbacks, in many eyes, they have improved. The Broncos look in a state of disarray, committing 25 penalties in the first two games,” Kornegay said. “From the betting perspective, the public hasn’t even touched this game at this point. The move has been a market, sharp move, as the educated play moved the line 4 points. Moving forward, if any team struggles, the local fan base will pump the brakes supporting their team. It’s human nature and smart. Until the Broncos can prove capable, we don’t expect much support from the Denver faithful.”

Well, what says you, Denver? Week 1 saw new coach Nathaniel Hackett botch a decision that led to a 64-yard missed (game losing) field goal. Week 2 saw more disorganization and time management issues. In both games, the Russell Wilson and the Broncos only musterd 16 points. What will Week 3 against Jimmy G’s Niners bring? Is this the week Hackett pulls his act together? Or will a Kyle Shanahan coached team exploit the newbie’s many flaws? The money – or lack thereof – says Jay Kornegay, will reveal your answer.

It’s (still) all about the quarterbacks

Time and time again, there are teams with tons of talent that look great on paper – great defense, great running backs, star wideouts. But they are missing a star quarterback. Most people tend to overlook the omission and say that the team will be just fine. But 99 percent of the time, it’s just not true.

Good teams have good players. But great teams are the ones with the best quarterbacks.

The Titans and Colts are the two teams that fall into this category. Both have great skill position players – like Jonathan Taylor and Derrick Henry – but Matt Ryan and Ryan Tannehill just can’t get it done.

On the opposite side of the coin, teams that do have the best quarters (KC, LAC, DEN, BUF, BAL, GB, TB) have a combined record of 10-4. All of these teams will be in playoff contention.

In a league that is hard to predict, stick with the best QBs. That’s one thing that never changes in the NFL.

Sunday was a good reminder to never say never. Two stunning comebacks stole the headlines in the NFL.

The Dolphins were down 35-14 in the fourth quarter before scoring four touchdowns in the final 12 minutes and pulling off a shocking 42-35 victory over Baltimore. Tua Tagovailoa threw for 469 yards and six touchdowns, as his chemistry with Tyreek Hill and Jaylen Waddle is excellent.

Could Miami legitimately challenge Buffalo in the AFC East? They might be one of the few teams that has the firepower to keep up with the Bills.

And in the late window, it was the Cardinals rallying from a 20-0 second half deficit to stun Las Vegas. Kyler Murray made several special plays late, and an OT fumble return TD sealed the deal.

It was a devastating loss for the Raiders, who are now off to an 0-2 start. Arizona improved to 1-1 with the huge win. It’s a good lesson to remember – that in the NFL, games are never really over until they’re over. Offenses are just too good and can put up points in bunches. It also means you should constantly be checking live lines, as a fourth quarter money line bet on either Miami or Arizona would’ve yielded a huge payout.

Ride With The Big Dogs

It was a big week for the country’s top college football teams, as every school ranked in the top 10 won by double-digits. And every team in the top five covered their respective points spread, except the Clemson Tigers.

One of the more impressive wins was Georgia’s 48-7 stomping against South Carolina. All in all, Georgia is looking like the cream of the crop in college football through the first three games. The Bulldogs have not blinked and are currently tied with Alabama at +190 to win the national championship.

The only highly ranked team to suffer as bad loss was Michigan State, as they fell outright to the now No. 18 Washington Huskies. MSU was previously the No. 13 ranked team in the country, and they are now out of the top 25 entirely following the loss.

Clip of the Week: Somebody up there likes App State