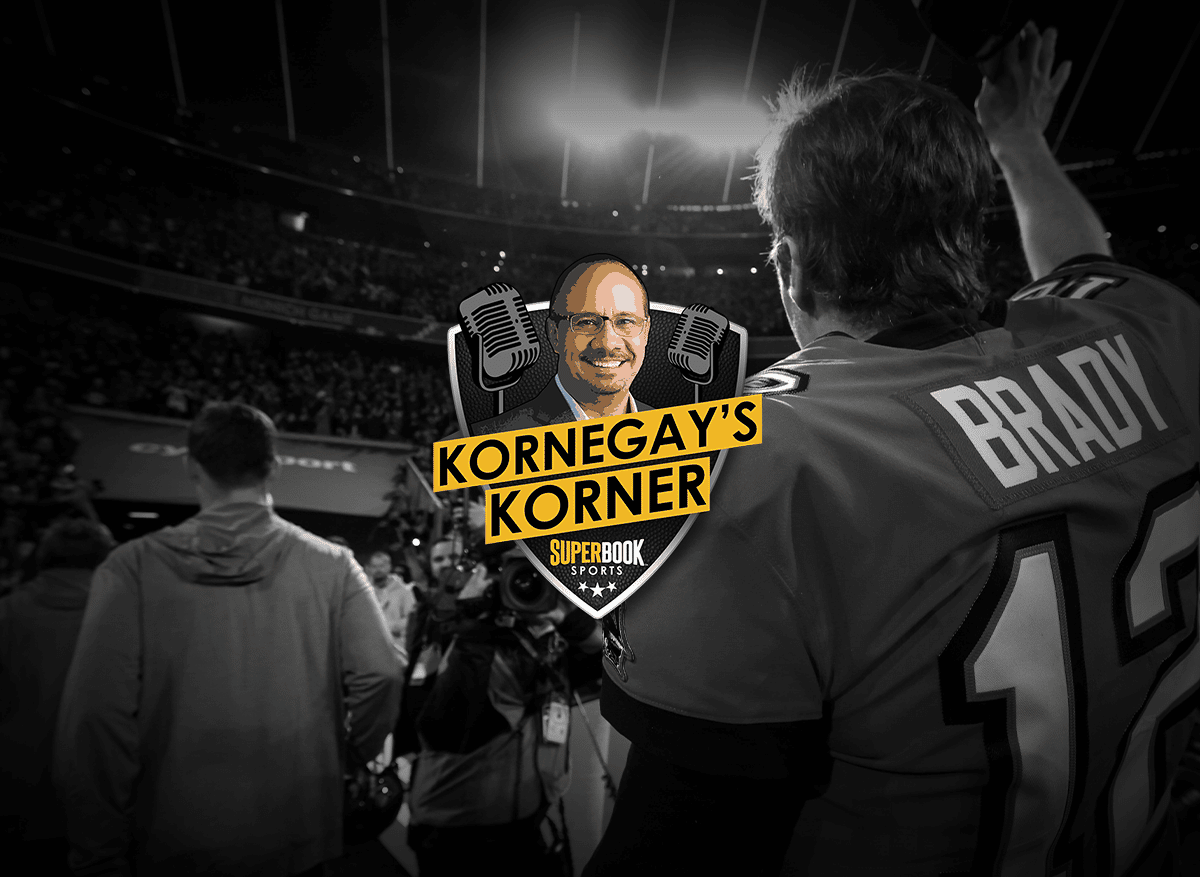 “In general, the betting public has always migrated to the ‘overs’ – but paid the price during the early part of the season, as the ‘unders’ were coming in at a high rate,” says SuperBook Sports head oddsmaker Jay Kornegay, addressing the unprecedented rate at which the under has paid this season in the NFL.

Kornegay goes on to explain that bettors have not moved over to the “under” just yet – that’s no fun – but instead have gravitated toward steering away from the total in general. Taking the over has yielded losses, while taking the under feels “wrong” no matter what the trends have been.

“With limited scoring, bettors laid off on the totals, but certainly didn’t start playing the ‘unders,’” he says. “It’s tough for many to wager on a defensive game. It’s always more exciting, for most, to be rooting for the offenses and touchdowns – and I can’t disagree with them.”

As the Law of Averages might suggest, a season-long trend of the under coming through seems unlikely. Whether the over begins to pay remains to be seen, but there is hope says, Kornegay.

“Recently, the scoring in the NFL has had an uptick, but the betting public is still shy jumping back on the totals. We’ll see what happens this weekend.”

Is it time to jump back onto the over? That’s your call.

1. Brady and the Bucs are back

If you counted out Tom Brady, Sunday morning in Germany was a lesson in why you never should. Despite an interception late that helped the Seahawks cut the deficit against the Buccaneers to 21-16, Brady looked like his old self in Munich.

After the pick, the quarterback got the ball back with 3:54 to go and never returned it to the suddenly red-hot Geno Smith. Brady led the Tampa offense on a nine-play drive that spanned 62 yards to run out the clock. The Bucs offense picked up four first downs.

The win proved Brady is clutch in any country. It also sent Tampa Bay to 5-5 on the year. The Bucs now have a one-game lead in the NFC South and it’s hard to see them giving it back.

The Bucs were 3-5 through eight weeks. Now, they have won two in a row to improve their record to 5-5.

Currently, Tampa Bay would be the No. 4 seed in the playoffs. Given that the Bucs are in the easiest division in the NFL, they have the best quarterback of all-time, and the NFC as a whole is weaker this year than ever, expect them to hold that spot and host a home playoff game.

If the playoffs started today, Brady would have to play Daniel Jones, Jalen Hurts and Kirk Cousins on his road to the Super Bowl. Anyone want to bet against Touchdown Tom in those games?

The Giants, Eagles and Vikings have been great this year. The Eagles finally lost (in controversial fashion, no less), the Vikings have beaten the Bills and their one loss was to Philadelphia. And the Giants are 7-2, which is one of the more shocking details of this season.

But if you look at just the quarterback talent, Brady’s path looks to be easier than it’s ever been. Nobody wants to play Tom Brady in the playoffs, but someone will have to because Brady’s team is on the rise once again.

2. After a calm week, chaos is about to ensue

The college football season rolls on, and there was plenty of action over the weekend, although not much movement across the board. Still, there were some notable games on the slate, and things are starting to take form as the regular season begins to dwindle down.

Georgia took care of business against the other Bulldogs in the SEC, beating Mississippi State by a 45-19 count to maintain the top ranking; Georgia is ranked No. 1 for the ninth time this season, matching their total from last season, when they won the national title for the first time in 41 years. Now that the defending national champions have beaten Tennessee and lived up to the hype in the next game, it will be interesting to see how they fare in the SEC Championship Game.

In other SEC news, Alabama snuck by Ole Miss in a 30-24 nailbiter. For a moment there, it looked like the Crimson Tide could drop their third game this season, which is rare air for a Nick Saban-led team.

Despite temporarily dropping out of the CFP picture, Tennessee trounced Missouri 66-24. The Vols are still penciled in as the No. 5 team in the nation, eagerly awaiting one of the top-ranked schools to falter.

Over in the Big Ten, Ohio State and Michigan easily cleaned up against Indiana and Nebraska, respectively. This will maintain their current position for at least another week. Next up, Ohio State will take on Maryland, and Michigan will play Illinois before the two programs clash on Nov. 26.

All eyes were on TCU this past week, as the Horned Frogs headed to Austin as a touchdown underdog against the Longhorns. The Frogs proved they are a force in the conference by beating Texas in a low-scoring 17-10 affair that didn’t feel like a Big 12 game. Despite skepticism, TCU has continued to win, and assuming they win out, they should have a spot in the CFP.

The weekend’s biggest upset was in the Pac-12, where Oregon lost outright to Washington, 37-34, and ended its playoff hopes. The Washington offense had enough gas to keep pace with the Ducks. Led by Michael Penix Jr., the Huskies pulled off the upset and spoiled the Ducks’ CFP chances in the process.

At this point, the four undefeated teams control their own fate. Tennessee and USC have a shot with only one loss, with LSU and Alabama still in the mix.

Little changed this week, but chaos is surely around the corner. Count on it.

Oh, how things have changed.

In Week 10 the Vikings outlasted the Bills by a 33-30 score in an overtime thriller. It was the game of the season thus far.

Things seemed to be over about five different times, but they never were in this one. At 8-1, Minnesota appears to be the real deal. The Vikings went on the road, against a Super Bowl contender, and overcame a 27-10 deficit to get a win. They are legit.

This game says more about Buffalo. The Bills’ inability to finish the game means they’re now 6-3; that puts them in third place in the AFC East. So much for the playoffs running through western New York.

As of right now, it looks like for yet another year that the site of the biggest AFC postseason games will be Arrowhead Stadium. The Chiefs are 7-2 after handling the Jaguars, 27-17.

For as much as things change, sometimes they stay the same. Kansas City is cruising, while others have to fight it out in the conference. The road to the Super Bowl still runs through Patrick Mahomes and company.

Video of the Week: The catch of the year/decade/beyond?