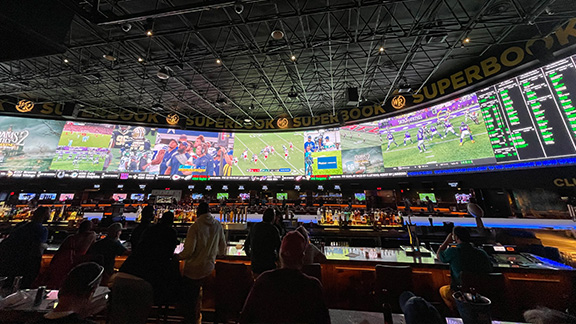 The Dallas Cowboys have some early-season momentum, and that is not expected to be slowed by a home game against the Giants this week. Looking ahead to Week 6, however, Dallas faces a stern test, a trip to New England to face Bill Belichick and the Patriots.

The week kicks off with the Bucs visiting the struggling Eagles, and bettors are treated to a second breakfast-time game from London, Dolphins vs. Jaguars.

Other highlights on Sunday’s card include Chargers at Ravens, Cardinals at Browns, and Seahawks at Titans in primetime.

Bills at Titans, a matchup of AFC contenders, closes the week Monday night.

It is the first week of the season with byes, as four teams have Week 6 off.

Here are Week 6 look-ahead point spreads and totals from the SuperBook:

Texans at Colts (no line)