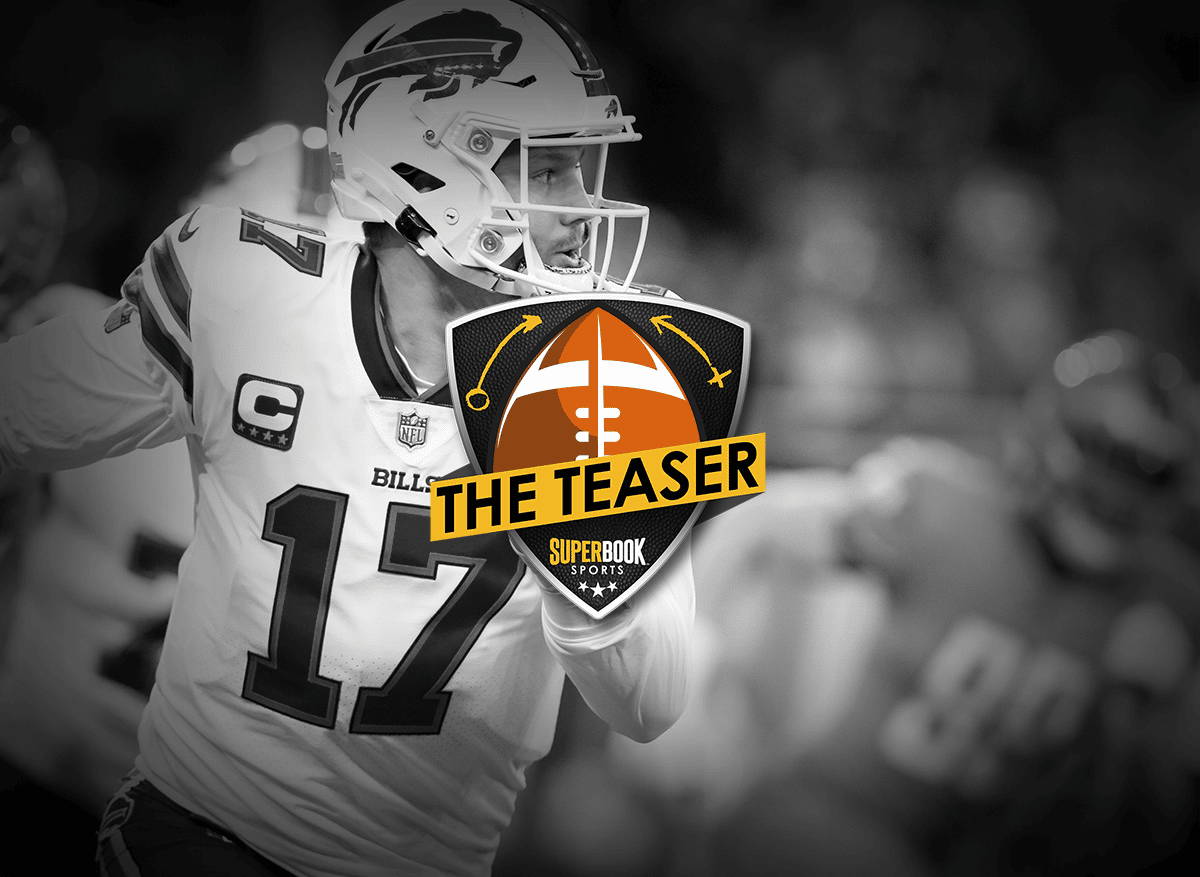 Three bets worth making on the NFL’s Thanksgiving slate

Back-to-back wins in Detroit have the Bills once again looking like Super Bowl contenders. At 8-3, they’re in the mix for the No. 1 seed in the AFC. They do have competition in their division, however, with the Dolphins, Jets and Patriots all above .500. So they can’t afford a loss tonight at New England, which would tighten the race and make it anyone’s crown to win in the AFC East.

Bills -3.5 – Because their home game against the Browns got moved to Detroit due to a blizzard in Buffalo, the Bills have been road warriors of late. This will be their third-straight game outside of western New York. That’s a bit of a concern. However, they are the much better team. Buffalo scores 28.1 points per game, while the Patriots average just 21.7. Defensively, they’re similar, but the Bills offense will make the difference.

Over 43.5 – It’s been a low-scoring season in the NFL, with the under being the wise play in most games. That said, these are two teams that combine for an average of 49.8 total points per game. Nearly a touchdown below that feels like a big drop, even though they both boast defenses that give up just 18.1 (Buffalo) and 18.4 (New England) per game. This is all about the Patriots putting up enough points to make it competitive. They’ll do enough in a 27-20 loss to hit the over.

Under 228.5 passing yards for Mac Jones – The Patriots quarterback is coming off a game in which he threw for 382 yards, a number that makes this prop look like a layup. But on the season, Jones is averaging just 221.0 per game. That’s skewed by the 13-yard outing against the Bears, when he played sparingly, but he does have multiple sub-200-yard games this season. The Bills give up just 221.6 yards per game through the air. Look for Jones and Buffalo to be right at their averages, which will be just under the total.

In this week’s edition of our Betting With The Barbers podcast powered by SuperBook Sports, both Tiki and Rondé Barbers picked the Patriots to cover the 3.5 points.

The formula for beating the Buffalo Bills is quite simple,” Tiki Barber said. “Prevent Stefon Diggs from hurting you and stop Josh Allen from using his legs. The Patriots can do that.”

Catch Betting With The Barbers every Thursday wherever you pod and on the SuperBook social media channels.

The Pac-12 title game provides a chance for USC to avenge their lone loss of the season and solidify its position within the top-four of the college football playoff. It’s a monster game for Lincoln Riley and company.

Utah won the first meeting this season. That 43-42 thriller was back on Oct. 15 in Salt Lake City. This time around, the game will be on a neutral field in Las Vegas.

USC has the edge in average points per game and yards gained per game. The Trojans are also the more efficient team in the red zone.

The 42 points USC put up during the first contest between these two schools this year were the most allowed by the Utes this season. Only Ohio State and USC have put up 40-plus points on Utah in the last two years.

At the end of the day, USC is the more-talented team, led by Heisman favorite Caleb Williams. The Trojans also have the most to play for, with a playoff berth at stake.

Look towards the Trojans to win this game outright, but don’t give the points. Bet the moneyline that USC will punch their ticket to the CFP.

The Big 12 title game features another team looking to play its way into the College Football Playoff. TCU puts their undefeated record on the line, one win away from clinching a spot.

This game is also a rematch. TCU played Kansas State back on Oct. 22, with the Horned Frogs taking down the Wildcats 38-28

TCU has a number of hard-fought victories this season. The Frogs are well-tested, boasting one of the toughest schedules in college football. They’re battled tested entering this matchup, with road wins at Baylor, Texas, West Virginia, Kansas and SMU this season. They should be ready for this contest on a neutral field.

There is pressure riding on TCU here, however, as a loss could bump them out of the CFP picture. But if they win, they are in.

It will be up to quarterback Max Duggan and running back Kendre Miller to keep the TCU offense moving. Duggan is a Heisman candidate and Miller has rushed for more than 1,200 yards this season.

The TCU offense ranked within the top-five of points per game this season, averaging a whopping 41.3 per contest. So the Frogs have the chance to run up this score.

TCU very well might fall behind at one point in this matchup, but we have seen them crawl out of a hole time and time against this year en route to victory. Let’s look towards the Horned Frogs to win this game.

The SEC title game features two offenses with a lot of firepower. Georgia enters the game averaging 38.3 points per game, while LSU is putting up 32.5.

Georgia enters the game as the No. 1 team in the nation. At 12-0, the Bulldogs could probably afford a loss and still make the College Football Playoff. So, it’s hard to read their motivation.

Same for LSU. The Tigers are coming off a loss last week to Texas A&M that spoiled their chances of cracking the top-four. Now, they’re simply going to have to play the role of spoilers, although even that might not be on the table.

The over is 7-2 the last nine head-to-head meetings between these two schools. The over is also 5-1 in the Tigers last six games overall. The Tigers put up 40-plus points three separate times this season. While that will be difficult against UGA, they are certainly capable of scoring points.

This game features two teams without a ton on the line, so don’t look for a lot of defense. Take the over.