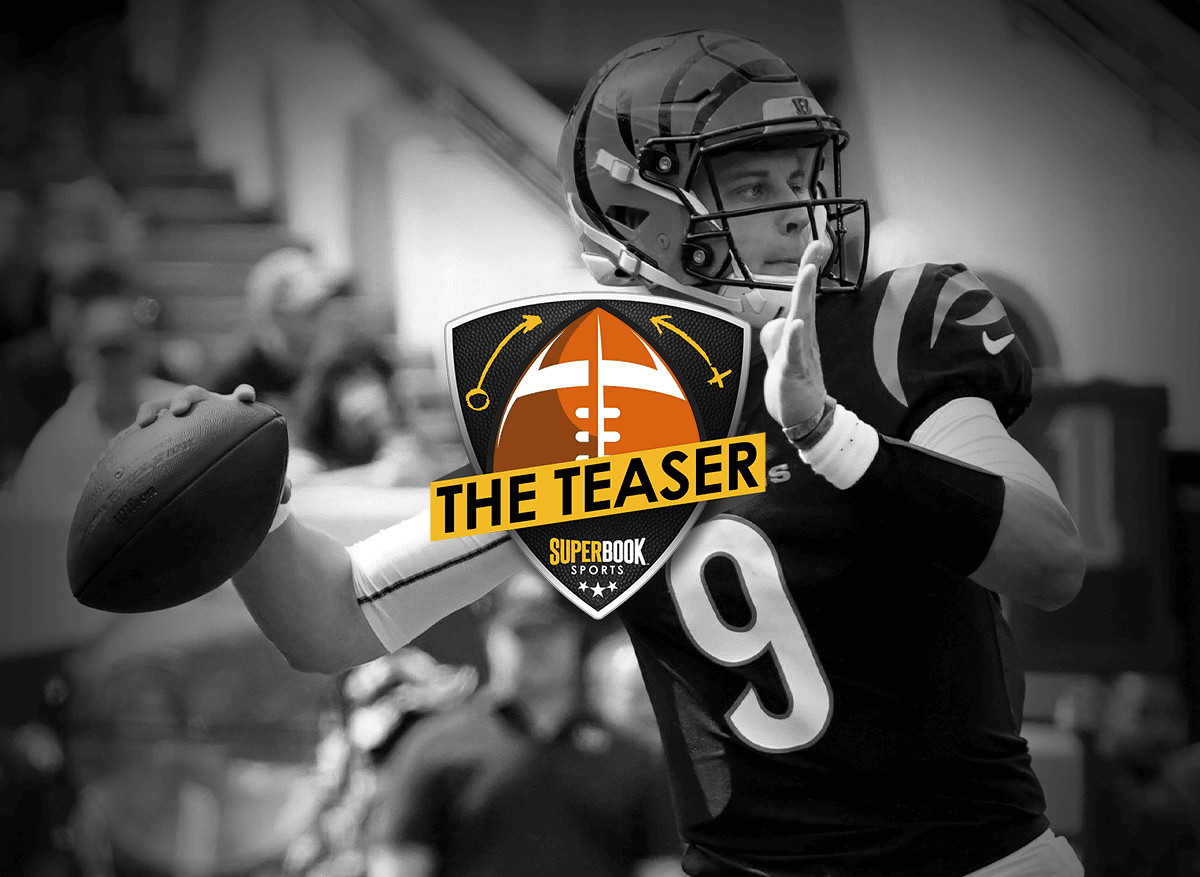 Three bets worth making when the Bengals host the Dolphins

There are only two undefeated teams remaining in the NFL. Surprisingly, the Dolphins are one of them. And Miami has achieved that distinction the hard way, having beaten the Patriots, Ravens and Bills en route to a 3-0 mark. The Dolpins will put it on the line tonight, however, traveling to take on the defending AFC champs on “Thursday Night Football.”

Bengals -3.5 – The clock is going to finally strike midnight for the Dolphins. While they’re a good team, going on the road on a short week is always tough, especially when the opponent is as good as Cincinnati. The Bengals are better than their 1-2 record, something they’ll prove in front of a national TV audience. The hook is a bit of a concern, but this thing could get away from Miami.

Under 47.5 – The Dolphins are averaging 27.7 points per game, while the Bengals are at 21.3. That points to the over. But that number is inflated by Miami’s crazy fourth quarter at Baltimore in Week 2. They scored 20 to beat the Patriots and only 21 in their win over Buffalo. They’ll be hard pressed to reach those numbers tonight against at Bengals defense that is only giving up 18.3 points per game.

Joe Burrow over 275.5 passing yards – The Bengals quarterback is off to a bit of a slow start this season, something he’d like to correct as September draws to a close. He’ll have a great chance tonight, as the Dolphins pass defense has been pretty porous. This season, Miami is giving up 310.3 passing yards per game, a number that Burrow could flirt with as he puts on a show on national TV.

Check out our podcast “Betting With The Barbers” every week during football season wherever you pod. NFL legends Tiki and Ronde Barber break down the entire football slate.

This week, however, Tiki’s mind was on this past Monday night when his former team fell at home to the Cowboys.

“So many people were disappointed. All the prognosticators were picking the Giants,” Tiki Barber said. “I thought, ‘do you guys watch the Giants?’ They’ve won two games. I like the direction they’re going in. But they’re not quite good yet.”

Check out clips from “Betting With The Barbers” all over SuperBook Sports social media feeds.

This Friday night Pac-12 showdown in the Rose Bowl should be a good one. Both teams enter the game at 4-0, looking to establish themselves as a frontrunner in the conference.

UCLA is 4-1 against the spread (ATS) in the last five meetings between these two teams. The Bruins are also 4-0 ATS in their last four conference games.

This could be a trap/letdown spot for Washington. While they have some nice wins against quality opponents, UCLA has an ability to keep pace with them on the scoreboard. The Bruins have put up 45 points in three of their last four head-to-head matchups.

Meanwhile, the UCLA defense, anchored by Laiatu Latu, should be able to put pressure on this Washington offense. UCLA can establish long drives and keep the Washington offense off the field with their running game.

UCLA has games against Utah and Oregon coming up, so expect the undefeated Bruins to get locked in for this matchup to make a statement. The public is leaning towards Washington so fade them and take the points with UCLA.

This is a monster game in the Big 12, as the Cowboys try to stay undefeated and Baylor hopes to avoid its second loss of the season. Oklahoma State is yet to be tested en route to a 3-0 start, while Baylor fell in double overtime to BYU.

Oklahoma State has looked sharp this season and they enter in this contest coming off a bye. Meanwhile, Baylor is playing on a short week, as it beat Iowa State on Saturday.

The Cowboys beat the Bears in the regular season last year, but they lost in the conference championship game. That makes this a bit of a rubber match of sorts, with each team trying to prove that they’re the class of the Big 12.

Oklahoma State is averaging 51.7 points per game, while Baylor is putting up 40.5. In other words, it’ll be a wild one in Waco.

Look for the Cowboys to come out on top, however. They’re the better team.

Things certainly don’t get any easier this week for Arkansas. Fresh off a heartbreaking loss to Texas A&M a week ago, they welcome the Crimson Tide to Fayetteville. Alabama is a 17.0-point favorite on the road, evidence that the public is back on board with Nick Saban’s team.

If Arkansas is going to have a chance, they need to stop Alabama’s running game. They have to force the Crimson Tide to pass, as Bama’s wide receivers have been suspect all season. The Razorbacks have a strong defensive line, a group that will be called upon to stop Alabama on the ground.

Arkansas is 5-2 ATS in their last seven games and 11-5 ATS under head coach Sam Pittman. They have won five of those games outright.

Alabama still has some questions on offense, something that was evident when they were big favorites at Texas and had to squeak by on a late field goal. Should Arkansas manage to establish the run, they will have a chance to keep this game close.

The Crimson Tide got tested by the Longhorns three weeks ago. Expect the same in this one.