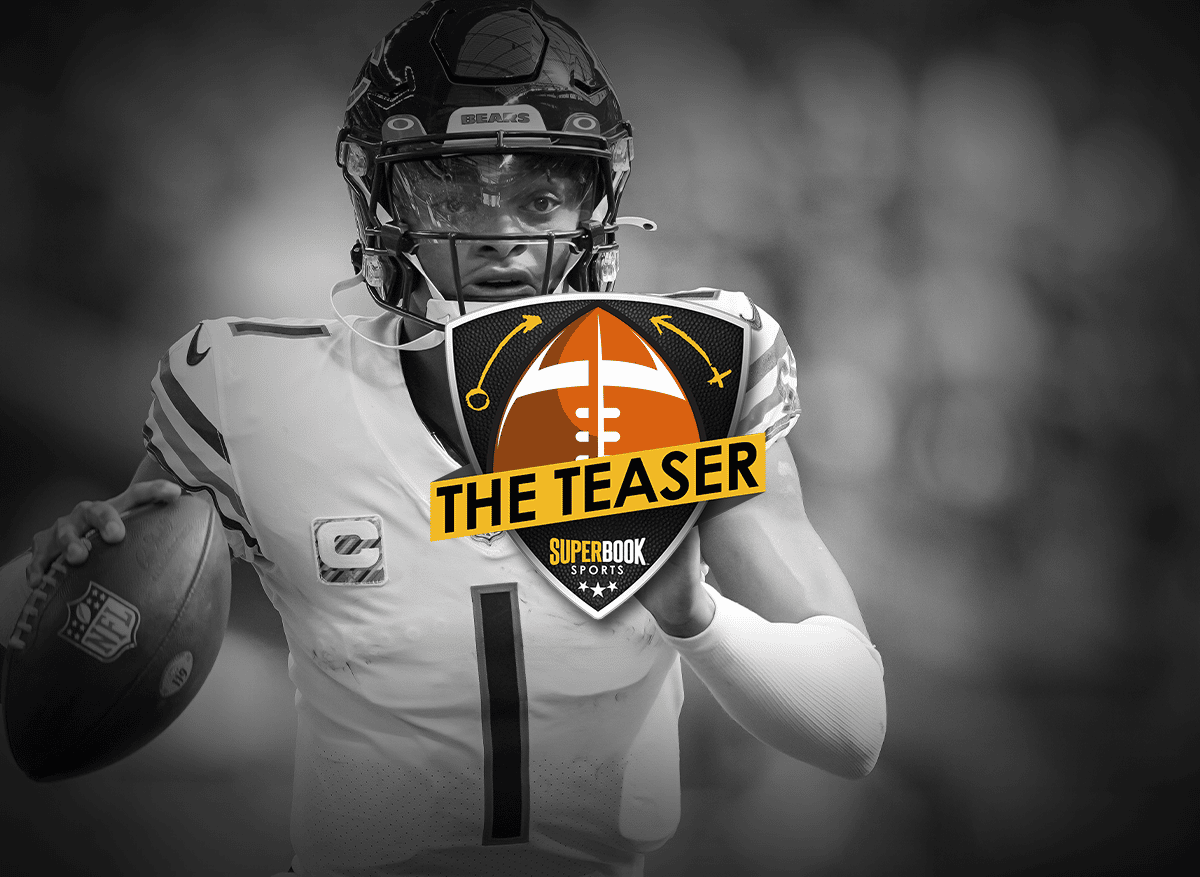 Three bets to make when the Bears host the Commanders

When people complain about “Thursday Night Football,” this is the type of matchup they’re referring to. Tonight, a one-win team (Washington) travels to take on a two-win team (Chicago) in a game that doesn’t mean much in the standings and features very few fantasy standouts. Thus, it appears a ho-hum matchup. But the NFL surprises on a weekly basis, meaning this will probably be a thriller, an epic battle between evenly matched teams.

Bears M/L – The Commanders have lost four-straight games, by an average of 11.0 points. The Bears have lost three out of their last four, but they were within one score of the Vikings and Giants the past two weeks, a pair of 4-1 teams. In other words, Chicago is playing better bad football than Washington. Since they’re at home on a short week, go with the Bears.

Over 38.0 – At first glance, the under appears like the play here. Washington is only averaging 18.0 points per game, while Chicago is at 17.2. Add those up and the sum is nearly a field goal short of tonight’s total. But, that’s not the whole story. The Commanders give up 25.6 points per game, while the Bears allow 21.2. That adds up to more than a touchdown north of the over/under. Steer toward the over tonight.

Will the game be tied after 0-0? – Given that neither of these teams boasts a juggernaut offense, tonight’s game figures to be close throughout. It’ll be a back-and-forth, seesaw affair, with each team having a chance to take the lead on multiple occasions. That being the case, it’s very likely that things are tied up at some point. It’s almost hard to imagine that the game won’t be knotted at multiple junctures. Take the +110 on that side.

Rondé and Tiki break down this week’s game

“My big takeaway from the first quarter-plus of the season is anybody can be beat in the NFL. There is no team beyond reproach. So, watch what you do on the money-line.”

“With Green Bay losing and the Rams losing, the NFC East has 14 wins, including the one win Commanders…the balance of power in the NFC is completely out of whack!”

This is a Big 10 battle between two top-10 schools, as both teams come in undefeated with playoff aspirations. Michigan won the last time they played, winning 21-17 last November en route to their best season under Jim Harbaugh.

While undefeated, Michigan (6-0) fell out of the top four this week. Apparently, their 31-10 win over Indiana didn’t impress the voters.

Meanwhile, Penn State (5-0) is in the top 10 after a 17-7 win over Northwestern. That victory moved the Nittany Lions up one spot in the polls.

The Wolverines have struggled early in games. They will face a stout Penn State defense. It could be a low-scoring affair, as the Nittany Lions are giving up just 14.8 points per game, while Michigan’s defense is only allowing 11.3.

The Wolverines have played a weak schedule and have struggled against quality schools like Iowa and Maryland. Penn State should force the Wolverines to pass the ball, which could spell trouble.

This is Michigan’s biggest test of the season. Catching a touchdown with a solid Penn State squad seems like a gift. The Wolverines are just 5-12 against the spread (ATS) under Harbaugh against top-10 teams. Expect that to continue.

Despite being the higher-ranked team, Oklahoma State is once against an underdog. Many have been skeptical of the Cowboys all season, but they’ve continued to pile up the wins en route to a 5-0 record and No. 8 ranking.

The line is understandable, however, given that TCU is riding high after consecutive wins against Oklahoma and Kansas. They’ve answered the bell in consecutive weeks.

It’s time to sell high with the Horned Frogs. They won’t make it three in a row.

They trounced TCU last season, winning 63-17. The dog is 6-1 in the last seven meetings between these two teams.

The Cowboys are a legit playoff contender. The Horned Frogs are not. Take the points. Strongly consider the moneyline.

This is a mismatch. Auburn is down and out, while Ole Miss is on the rise.

The Tigers are coming off a 42-10 loss to Georgia. They didn’t look like they belonged on the same field as the defending national champs.

It was a similar feeling when they played Penn State earlier in the season. In that game, the Tigers fell 41-12.

In other words, Auburn can’t keep up with the big boys this season. And the Rebels fall into that category.

Auburn 1-5 ATS this season, which is dead last in the SEC. The favorite is 4-1-1 ATS in the last six meetings between these two schools.

Ole Miss averaging just under 40 points per game, while Auburn has failed to score more than 20 points in their last four games. That shows that this one could be a rout.