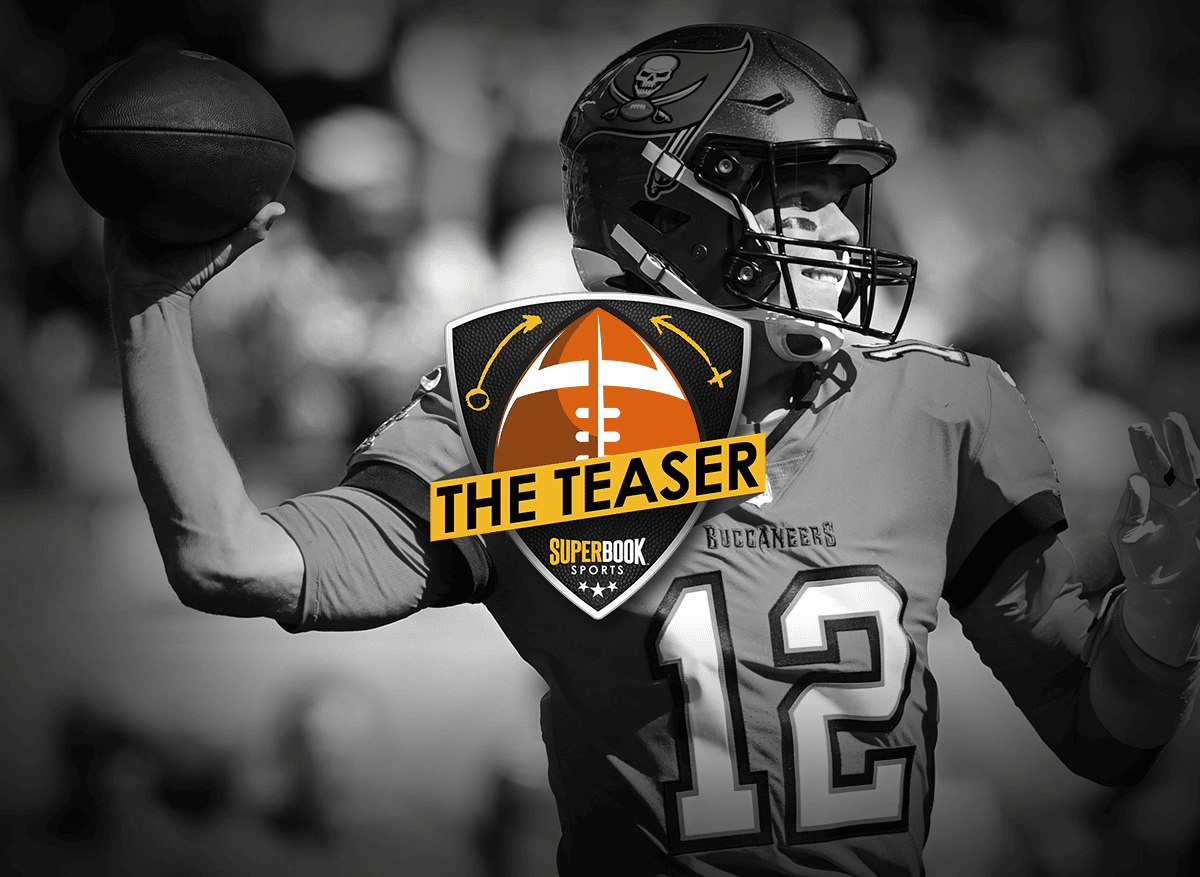 Three bets to make when the Buccaneers host the Ravens

After a few stinkers in recent weeks, “Thursday Night Football” gets an intriguing matchup tonight. It’s Lamar Jackson and his Ravens against Tom Brady and his Bucs, two teams still trying to find their ways. Baltimore is tied atop the AFC North at 4-3, having turned in an every-other-week season thus far. Tampa Bay is also in first place, despite having dropped four of its last five in the dismal NFC South. Storylines abound in this one, as the season is on the brink for the Bucs and the Ravens are trying to prove they’re a contender.

Buccaneers -2.0 – Tampa Bay has more on the line tonight, as the Bucs’ season has started to careen off course. It feels imperative that they right the ship ASAP, as a third-straight loss would put them in full tailspin mode. After last week’s debacle at Carolina, it’s hard to imagine that Tom Brady and company won’t answer the bell tonight. They get a bit of a break, drawing a Baltimore defense that is allowing 23.0 points per game. Maybe, just maybe, that’ll help jumpstart the Buccaneers dormant offense.

Over 45.5 – The Bucs are the team keeping this number low, on both sides of the ball. Their defense is only giving up 17.7 points per game, which is the fifth-best average in the NFL. But on offense, Tampa Bay is only scoring 17.7 points per outing, which is tied for the fifth-lowest output in the league. Expect both numbers to be exceeded tonight. The Ravens offense is potent, averaging 25.9 points per game, while Baltimore’s defense is in the bottom ten. Points will be scored tonight.

Over 1.5 passing touchdowns for Tom Brady – Through seven games, the future Hall of Fame quarterback has only eight touchdown passes. He’s only thrown multiple TDs in one game and is coming off a game in which he was blanked by the Panthers, as his Bucs only mustered three total points. Last season, Brady threw multiple touchdowns in 12 out of 17 games. In front of a national TV audience, after all of the talk about him being “done,” Brady will answer the bell tonight.

Nobody knows the Tampa Bay Buccaneers better than team legend – and Tampa resident – Rondé Barber. On this week’s episode of Betting With The Barbers powered by SuperBook Sports, he unloaded on the Tampa Bay coaching staff.

“I’ve watched every snap from Tampa Bay this year and it’s confounding,” Rondé Barber said. “I think putting the blame on Brady is a little misguided. They’re disfunctional right now. They can’t score. They’re uncharacteristically bad and it’s hard to put a finger on it other than to say the coaching staff is clueless right now.”

Catch this week’s episode of Betting With The Barbers on Apple and Spotify podcasts as well as the SuperBook Sports social media channels.

While the Wolverines are the better team this season, this seems like a ton of points in a rivalry game. After all, Michigan State has topped Michigan in two consecutive seasons.

The Spartans are 12-2 against the spread (ATS) in the last 14 meetings head-to-head. That also bodes well for that side of the ledger. Meanwhile, the Wolverines are 0-4 ATS following an against-the-spread win, which they had two weeks ago over Penn State.

Both teams will be fresh off the bye, so each will be rested. However, Michigan State has a chance to get back a few key healthy players back, which could help their cause.

The Wolverines love to run the ball, but the Spartans have one of the better rushing defenses in CFB. This game will be won and lost in the trenches.

Michigan is rolling at 7-0. Michigan State is only 3-4, having ended a four-game skid with a win two weeks ago over Wisconsin.

But this is too many points. This rivalry is simply too close for three-plus touchdowns.

At the beginning of the season, few could’ve seen this scenario coming. Notre Dame being an underdog to Syracuse seems hard to believe. Yet, that’s the reality on the final Saturday of October.

At 4-3, it has been a very disappointing season for the Irish. However, they find themselves in an interesting spot this week.

Syracuse lost to No. 5 Clemson last week, falling 27-21 in a heartbreaker. That ended the Orange’s undefeated season, bursting the bubble a bit on the magic-carpet ride. This could be a bit of a letdown spot for them after an emotional game.

Notre Dame has been up and down, but the Irish have played well against good teams. They knocked off North Carolina on the road and hung in there against a very good Ohio State team. In other words, they’re battle tested.

The Irish are 35-20 ATS in their last 55 games against ranked opponents. This Syracuse team is beatable.

The Irish have been through plenty of ups and downs but expect them to be ready for this game after they trumped UNLV last week. The dream continues to turn into a nightmare for Syracuse.

At 7-0, TCU still has hopes of crashing the College Football Playoff party. They’ve shot up the rankings, thanks to their unblemished record and a run of nice wins. In the last four weeks, the Horned Frogs have knocked off four ranked opponents – Oklahoma, Kansas, Oklahoma State and Kansas State.

Given that run of success, it’s hard to see TCU tripping up against West Virginia. But despite their 3-4 record, the Mountaineers can be a tricky team to play, especially in Morgantown. The last time they were on their home field, the Mountaineers knocked off a Baylor team that had been in the top-20 all season up to that point.

After playing three out of their last four on the road, the Mountaineers will be happy to be home. Last week, they were demolished 48-10 at Texas Tech. They’ll be looking to bounce back, while TCU could be in store for a letdown after four big games in a row.

This game should be a shootout, with potent offenses and suspect defenses on both sides. Sonny Dykes’ teams have covered the spread just one time in their last 11 matchups versus unranked conference opponents, however. Fade the Frogs and play WVU.