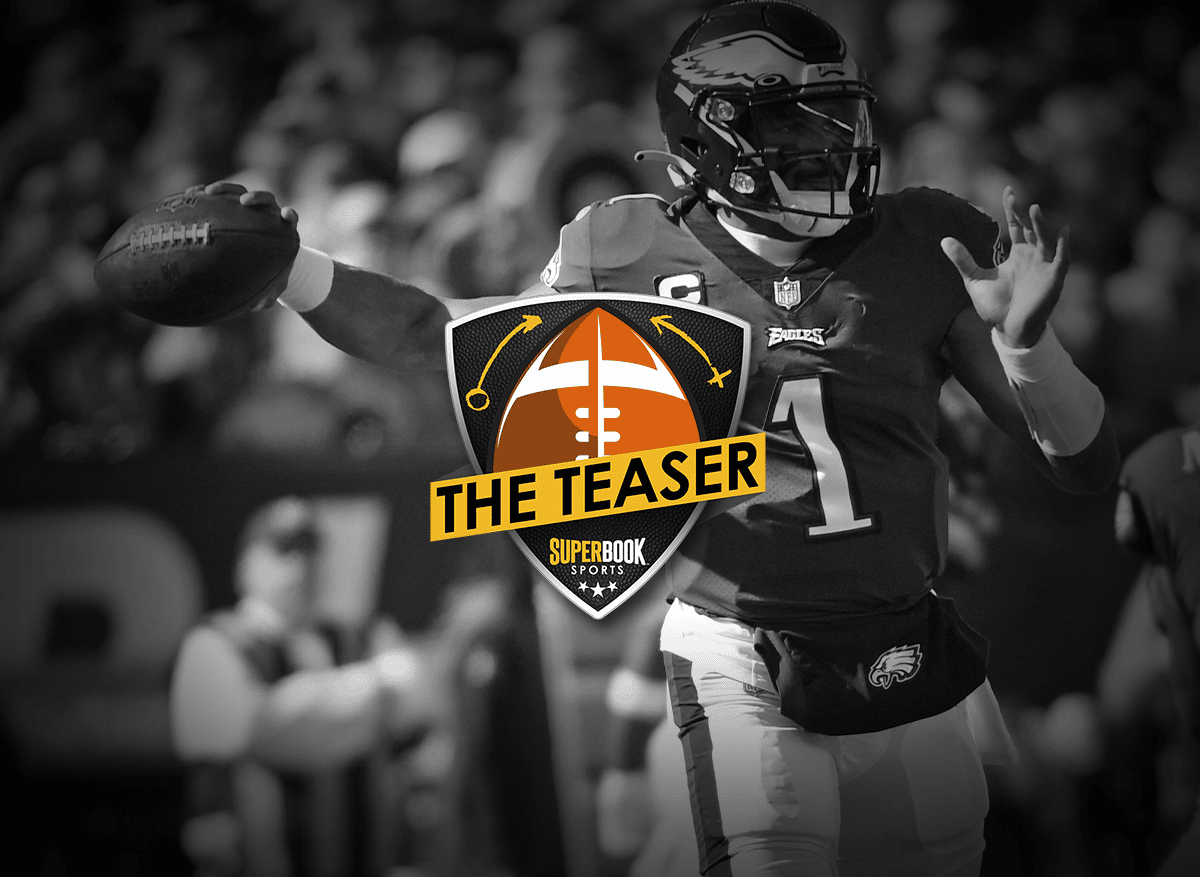 Three bets to make when the Texans host the Eagles

Well, at least it’s a chance to see the best team in the NFL as the midway point of the season approaches. That’s about all that can be said for tonight’s edition of “Thursday Night Football,” a game that pits a Super Bowl contender against a team likely to pick No. 1 overall in the draft. It’s as big of a mismatch, at least on paper, that the league can offer, as the Eagles (7-0) travel to Houston to take on the Texans (1-5-1).

Texans +13.5 – The home dog is usually a pretty good play on Thursday nights, as the team that doesn’t have to travel on a short week has a big advantage. When that underdog is getting nearly two touchdowns on their home field, it’s hard to pass up. Yes, the Eagles are a much better team, as evidenced by their perfect record. But the Texans can at least compete, as they did on Sunday when they only lost to the Titans by one score. The number is just too big to go with the road favorite.

Under 45.5 – The only way Houston can hang in the game is to keep it low scoring. As they did last week against Tennessee, when they eventually fell 17-10, it’s all about time of possession, shortening the game and limiting Philadelphia’s chances. The Texans offense isn’t very good, averaging just 16.6 points per game, and they’re facing an Eagles defense that is only giving up 16.9. So, they won’t add much to the total. Can they keep Philly under 28? That’ll be the game plan.

Over 78.5 rushing yards for Miles Sanders – The Texans have the worst rushing defense in the NFL, surrendering 186.0 yards per game on the ground. The Eagles will undoubtably try to exploit that weakness, feeding the ball to Sanders early and often. Philly’s top running back is averaging 80.4 yards per game, which is over this total, so it stands to reason that he’ll be able to best it against a porous Houston run defense.

SuperBook Sports is currently offering 11/1 odds that the Eagles will have a 17-0 regular season record. On this week’s edition of Betting With The Barbers, NFL Legend Rondé Barber said it’s a bet worth taking.

“I’d take that,” Rondé Barber said. “It’s very hard to do. If you go through the schedule of the Eagles you’re asking yourself, can they beat Washington, New York, and Dallas in their division? Yes. So why not?”

Catch Betting With The Barbers with Tiki and Rondé Barber each week wherever you pod and on SuperBook’s social media channels.

Texas should be fresh, as the Longhorns are coming off of a bye. Meanwhile, Kansas State should be riding high after it destroyed Oklahoma State last week.

UT has one of the most-talented rosters in college football. That allows them to set up well for this matchup with Kansas State across the board.

While both programs feature high-octane offenses, Texas has the higher ceiling. The Kansas State offense is centered around the run, which can sometimes take a while to get going. If the Longhorns can get out to an early lead, they will force Kansas State to get out of their comfort zone.

That could be easier said than done. A common opponent provides an interesting way to evaluate this game.

Both teams played Oklahoma State in their last game. Texas fell 41-34 to the Cowboys, while K-State beat OSU in a 48-0 shocker. That’s a 55-point swing.

UT has the talent to win, but the Wildcats are the better team right now. Getting points at home is a gift.

Both of these programs have had disappointing seasons. The fact that neither one of them is ranked heading into the first weekend of November is a little shocking.

To say Texas A&M has fallen short of expectations would be an understatement. The Aggies have lost four games in a row, all to SEC foes, as they simply don’t look ready to compete against the conference heavyweights. Heck, they can’t even hang with the middleweights. This week, that’s what they’ll get when they face a fierce rushing attack from the Gators.

Florida head coach Billy Napier has covered in nearly 80% of games as an underdog on the road. His team feels like they still have more to play for, although they’ve been a disappointment at 4-4, as well.

The hook pushes the scales in the Gators direction. Take the road dog.

After getting boat raced against Michigan last week, it’s hard not to wonder what kind of an effort the Spartans will have in them on Saturday. They have not lived up to expectations this season, as a 3-5 mark is well below what most people expected from MSU.

To make matters worse, the Spartans will be without numerous players, some of which are starters, after they were suspended following the tunnel brawl last weekend at Michigan. Thus, it’s hard to handicap how a hodgepodge lineup will gel and execute.

Michigan State is 0-5 in their last five games on the road. Illinois is 5-1 against the spread (ATS) in their last six games. The favorite is 7-3 ATS in the last 10 games in this matchup.

Illinois is the more put together team at this point in this season. The Illini are 7-1, riding a six-game winning streak that includes victories over Wisconsin, Iowa and Minnesota. Morale could be low for a Michigan State team that has lost five of their last six.

It’s a big number. But take the home team on a roll.