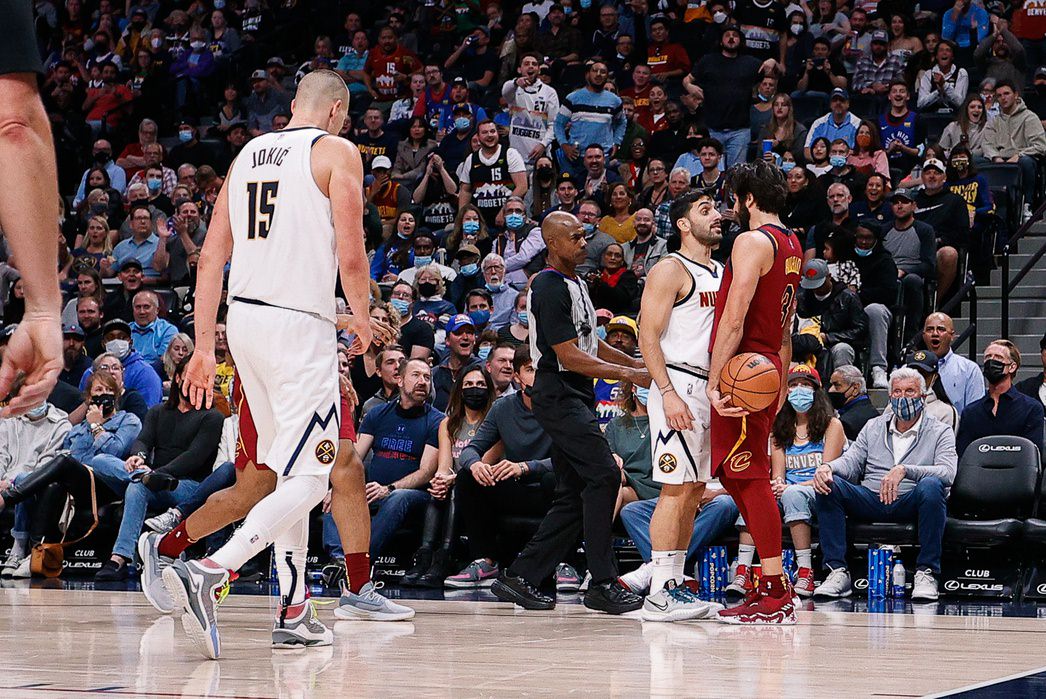 A sneaky good game in Cleveland is worthy of attention

Home » A sneaky good game in Cleveland is worthy of attention

Nikola Jokic has had some amazing performances. The reigning MVP seems to dazzle on a nightly basis. But his last outing was one of his best, an unbelievably efficient game that should be appreciated.

After his head-to-head showdown with Joel Embiid on Monday, it would’ve been understandable if Jokic had a letdown on Wednesday against the Wizards. Instead, the big man scored 29 points, grabbed 13 rebounds and dished out eight assists in just 26 minutes of play. His 10-for-14 shooting performance helped Denver cruise to a 127-109 win in Washington.

Tonight, he’ll be looking to build upon that outing. And he’ll be doing so against Evan Mobley, as the rookie will most likely be tasked with guard Jokic due to All-Star center Jarrett Allen being sidelined with an injury.

Cleveland is scuffling a bit. The Cavs lost three out of four, with their lone win being an overtime victory over the Clippers on Monday night.

Meanwhile, Denver is 2-0 on its current road trip. The Nuggets look to stay hot.

Both teams need the game. Each is currently sitting in the No. 6 seed in their respective conference, barely above the play-in line.

The Cavs are tied with Toronto, desperately trying to hold off the Raptors. The Nuggets are 1.5 games ahead of Minnesota, as the Timberwolves continue to play great basketball.

It’s an important showdown in Cleveland. It’s two good teams looking for much-needed wins. But one has the best player in the league on their roster.