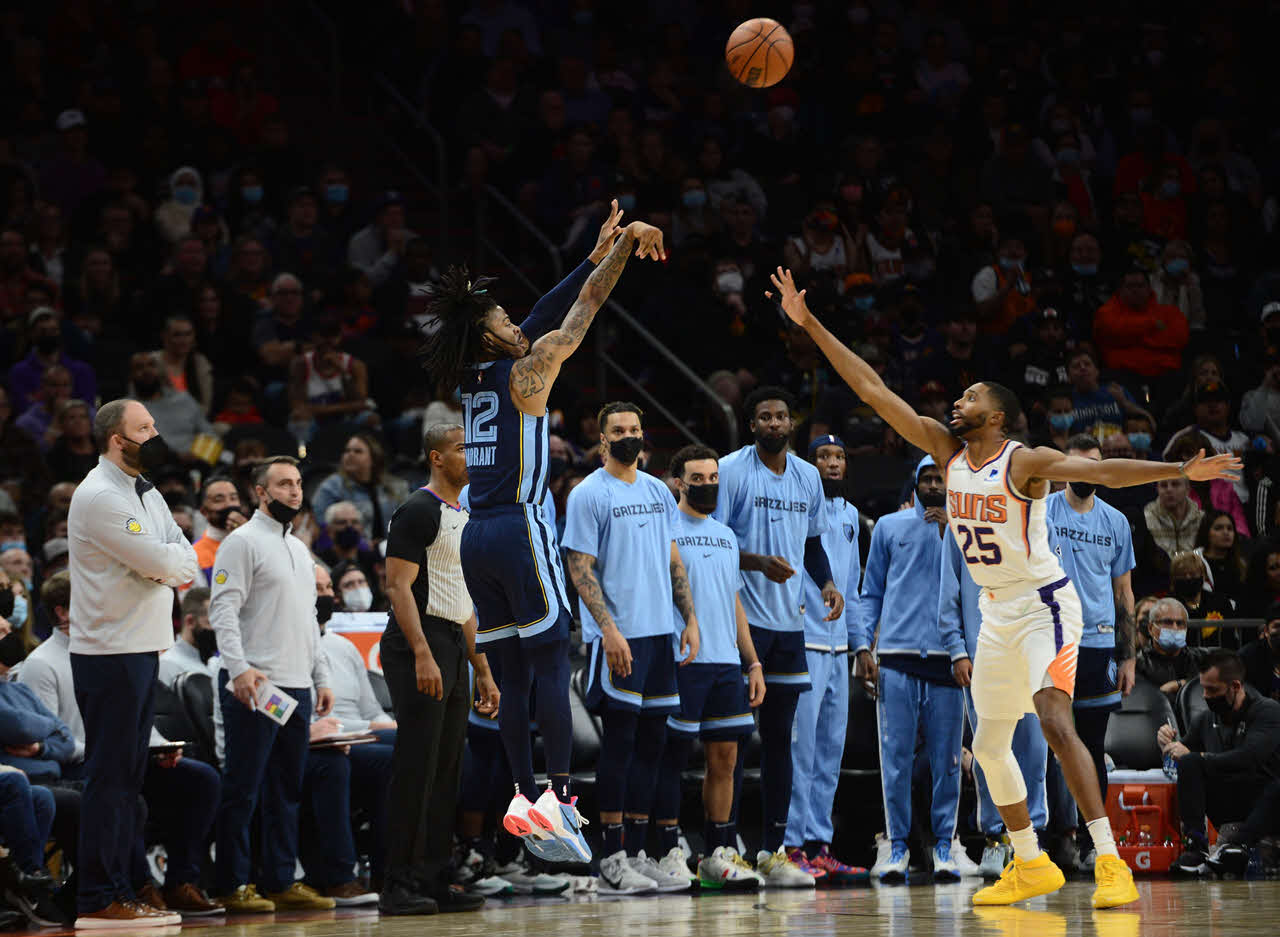 Even without Ja Morant, the Memphis Grizzlies will give the Phoenix Suns fits

Home » Even without Ja Morant, the Memphis Grizzlies will give the Phoenix Suns fits

It’s a battle of titans in the West. That should mean it’s must-see TV. But there’s a little luster off of this one.

Ja Morant remains out with a knee injury, removing a lot of the star power for Memphis. Granted, they’re 19-2 this season without the MVP candidate. But he’s a player that draws eyeballs. Without him, the Grizzlies are a team that is far too anonymous to most casual NBA fans.

Tyus Jones has done a great job filling in for Morant. In Memphis’ most-recent win, the point guard dropped 25 points on San Antonio, powering the Grizzlies to a 112-111 win.

He’ll have to be equally good tonight, as Phoenix comes to town with arguably the most-talented backcourt in the league. Devin Booker and Chris Paul are a handful. Booker is averaging 26.4 points per game, while Paul is putting up 15.0 points and 10.7 assists on a nightly basis.

The Grizzlies have been remarkably resilient this season. Taylor Jenkins should be a favorite for the NBA’s Coach of the Year honors. But keeping their winning streak alive tonight is a tall order.

That said, seven points is way too many. At home, Memphis will keep it close. A moneyline play is tempting, but probably too much to bite off. Take the Grizzlies and the points.