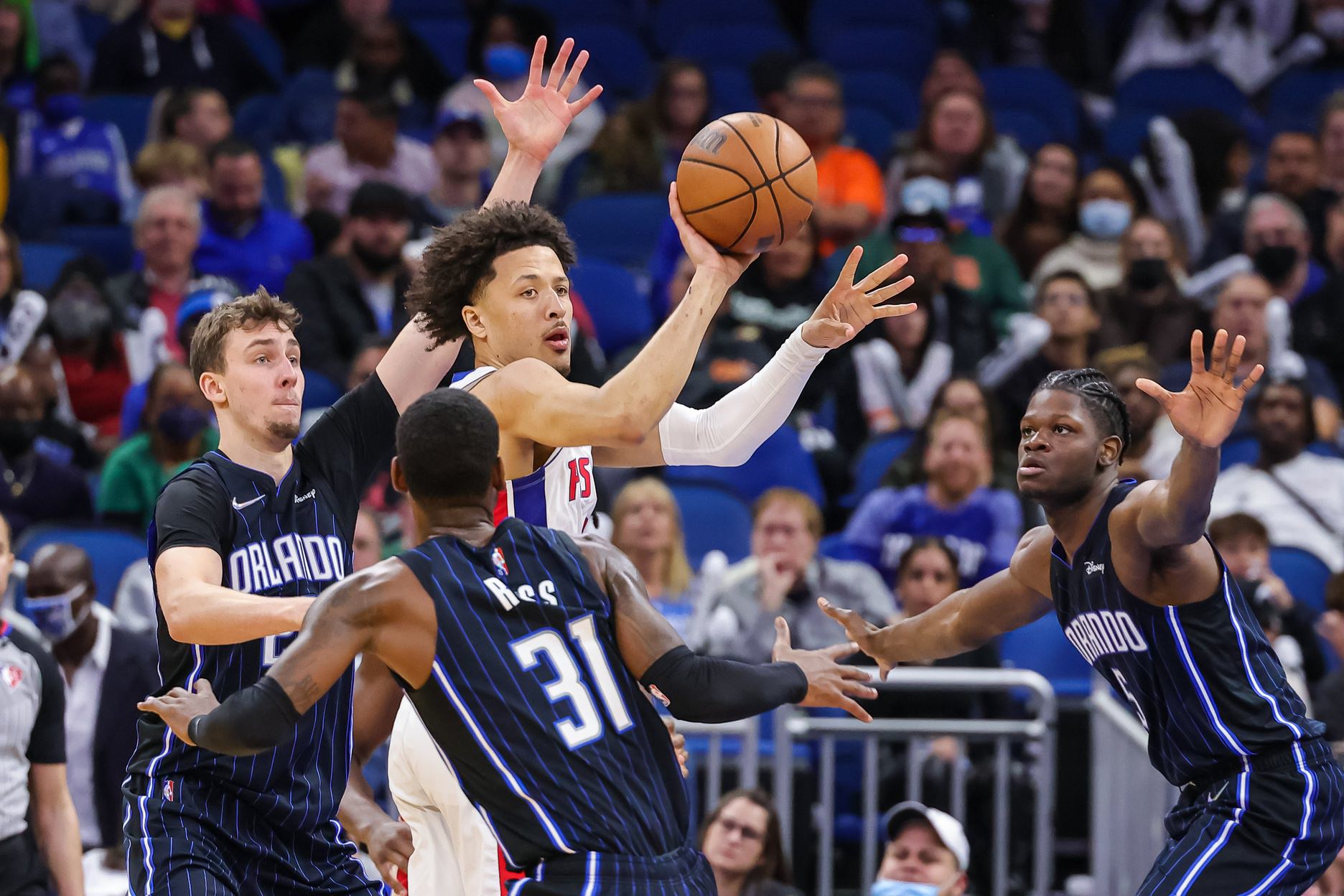 The lone NBA game on the slate offers some intriguing trends

While the sports world turns its attention toward the brackets, Cinderellas and buzzer beaters in the NCAA Tournament, the NBA goes mostly dark for the day. Mostly.

In Orlando, a pair of 18-win teams square off in a battle between the two worst teams in the Eastern Conference. The Magic (18-52) host the Pistons (18-51), in a game that probably won’t garner a lot of attention.

But it should. There is some value to be had.

Of course, that all depends on the availability of Cade Cunningham. The number one overall pick in the 2021 NBA Draft is questionable. His availability is crucial, as he’s Detroit’s leading scorer at 16.9 points per game.

If Cunningham is a go, the line would move significantly. It’s basically a coin-flip game at that point. That’s because the trends favor the Pistons.

Watch the injury report. And be ready to pounce.

If Cunningham is a go, jump on the Pistons. If he’s not, hop on the Magic.