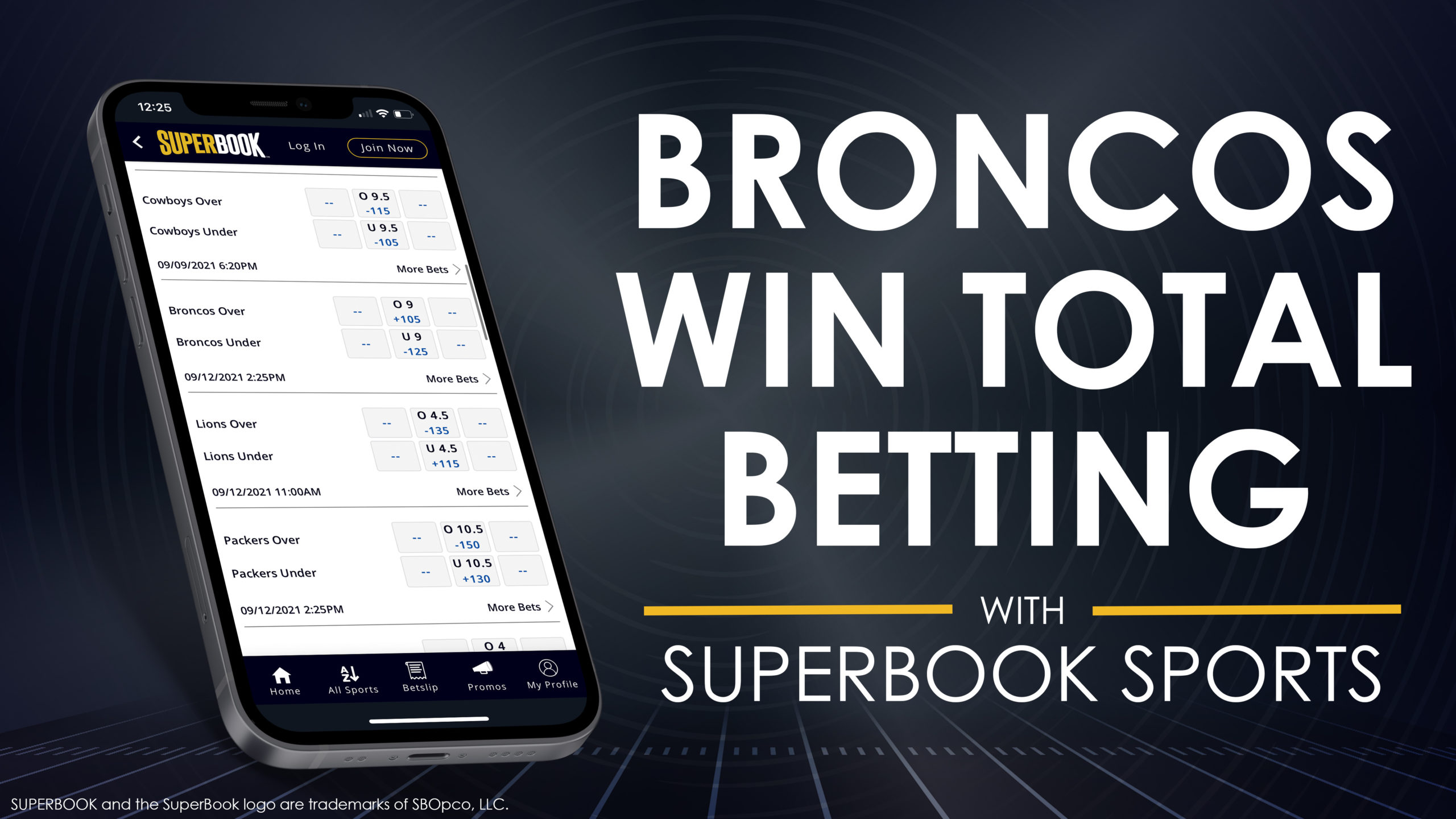 Taking a Closer Look at Betting the Broncos Win Total

The Summer Olympics have ended, the calendar is rapidly approaching September, and soon the hallmarks of the fall season will surround us. For me, there is nothing that epitomizes fall more than NFL football on a Sunday. The cool crisp air, the grill, the games, the beer. It’s become such an important thread in the fabric of our country. The only problem we have right now is that it’s not actually here yet. Like my man Tom Petty once said, ‘the waiting is the hardest part.’ But that’s alright, because one of my other favorite windows of the NFL year is the one we’re currently in. Why, you ask? We get to predict regular season totals! You can’t play this game prior to the draft or free agency, and it’s not wise to do so in OTA’s or minicamp, either. It’s not until training camp that we start to see what these teams actually look like. With that in mind, let’s take a closer look at the Broncos 2021 SuperBook win total!

The Broncos have been designated a season win total of 9 by the good folks at SuperBook. Remember, for the first time since the late 1970’s, NFL fans will have to adjust their wiring of 16 games up to a 17-game schedule. Even with an extra game, 9 wins seems lofty for a Broncos team coming off a 5-11 season. In order for the ‘over’ to cash, Denver would have to be 10-7, which would double their wins year over year. Could that happen? Sure, it could. The NFL is the ultimate worst-to-first league. A recent example of meteoric rise is the Dallas Cowboys shift between the 2015 and 2016 seasons. In 2015 America’s Team was a 4-12 dumpster fire. That offseason Jerry Jones added a couple of rookies named Dak Prescott and Ezekiel Elliot and the very next season Dallas was 13-3. The same thing happened in Kansas City between 2012 and 2013. The Chiefs went from a putrid 2-14 season to a sterling 11-5. That’s a nine game improvement in one offseason! What did KC have in common with the turnaround in Dallas? They both hit the reset button at quarterback (oddly enough in both situations it was Matt Cassell getting the boot). More often than not, when a team is pulling a worst-to-first turnaround it’s due in large part to a change at the most important position in sports. This is where the Broncos lose me.

Denver is having a 50/50 quarterback battle between Drew Lock and Teddy Bridgewater in training camp. I think I can fairly argue that this is the most uninspiring QB competition in recent memory. Lock had his shot to be ‘The Guy’ in Broncos Country in 2020 and responded by leading the league in interceptions and being dead last in completion percentage. This took place in a season where NFL quarterbacks set an all-time record for the least number of picks thrown in one season while simultaneously setting the single season record for highest completion percentage. Not ideal context for Lock. But those weren’t the only records set by QBs in 2020. Last season also saw the most touchdown passes thrown in NFL history. While Lock was struggling in Denver, Bridgewater threw 15 touchdowns for the 4-12 Carolina Panthers. What’s worse for Teddy Two Gloves is that his total of 15 TD passes is actually a career high. Woof.

The hope for the Broncos is that the roster is so damn good (ranked #6 by Pro Football Focus, 10th from ESPN) that it overcomes their underwhelming QB situation. Optimistic fans in Broncos Country point to 2015 when the roster was so complete it helped carry Peyton Manning on his last legs all the way to a Super Bowl. The Broncos went 12-4 that season…but do you know how many games they won by 7 points or less? 11. Think about that razor’s edge margin for error. And that’s with one of the great 52-man teams in recent history. Are these 2021 Broncos that complete to the point you’ll put money on them winning 10 games to clear their SuperBook total of 9? I have my doubts.

So here the Broncos are. Hope for Aaron Rodgers in 2021 has evaporated, and the DeShaun Watson pipe dream has cracked. The Broncos have the same coach in Vic Fangio who has a head coaching record of 12-20, and has yet to win a game in September (0-7). They have largely the same good but not great roster as last year, and a quarterback room that will likely get injected with new life next offseason. That brings us to our final question of what’s more likely: Denver overcomes lackluster quarterback play with a near flawless roster, while the third-year coaching staff suddenly becomes their best version and leads the Broncos to 10-7 and back to the playoff picture? OR a team that has a combined record of 23-41 the last four years and still needs a QB simply continues to lose more games than they win? I’ll take the latter. It doesn’t give me great pleasure saying it, but Denver under 9 wins for the 2021 season is the play here.