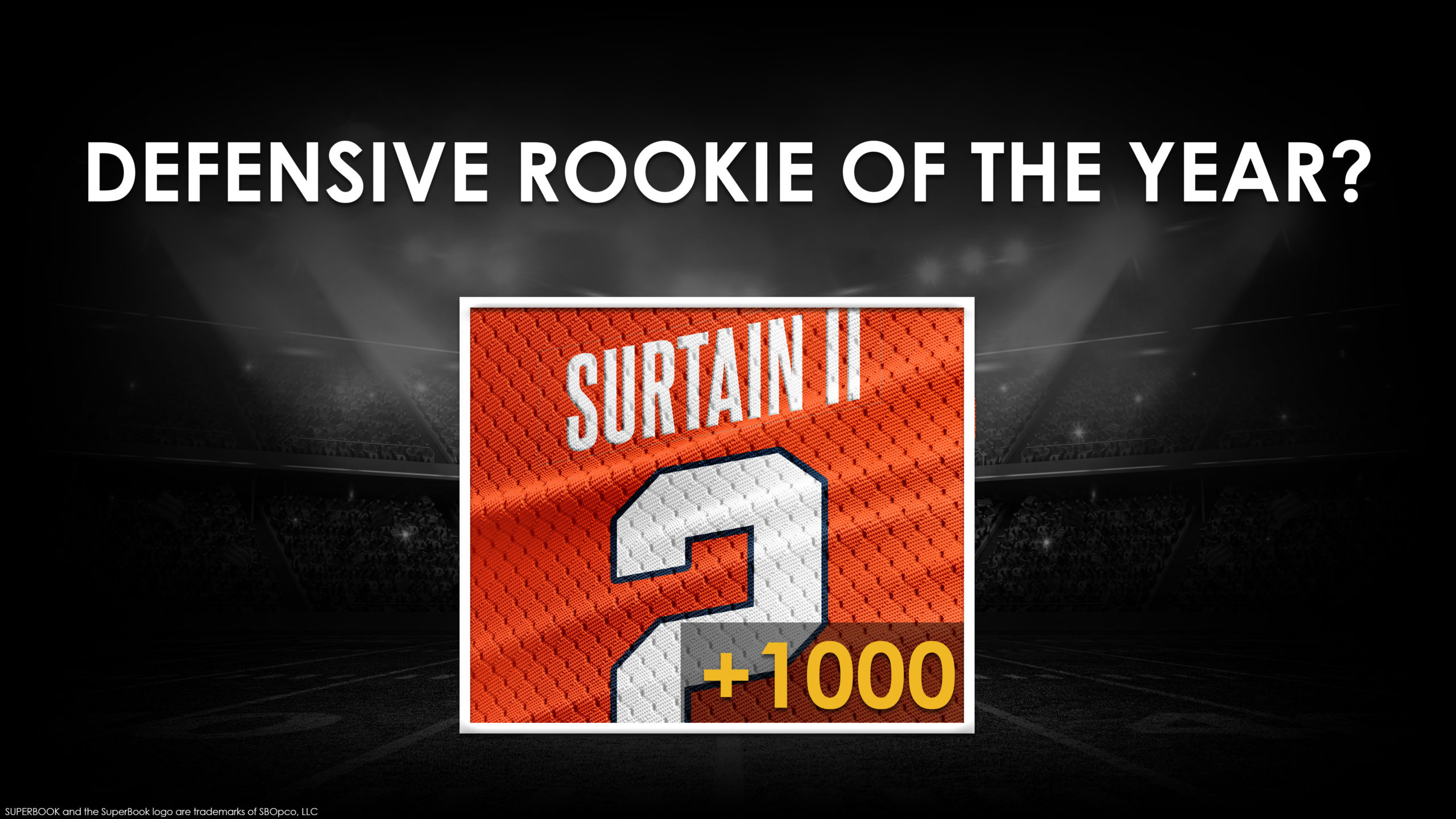 The Bye Line: Why Surtain Will Win Rookie Of The Year

Home » The Bye Line: Why Surtain Will Win Rookie Of The Year

It’s hard to believe that the NFL’s preseason is coming to a close. Hardcore football fans wait months in anticipation for training camp and preseason like we do that hot loaf of bread and butter when sitting down for a dinner out. The perfect “hold you over” appetizer before the real thing starts.

Well, week one of the NFL season is so close you can smell it coming out of the proverbial kitchen. And like a restaurant’s cutoff time to place an order, kickoff on the second weekend of September is the deadline to get in a futures bet. Finding the balance between a futures ticket that has good value but also a realistic chance of hitting can be tricky. We’d all love a 40-1 ticket to cash, but is that really a wise place to put your money? So with week 1 right around the corner I’d like to take a closer look at just that… a corner.

When it comes to Denver Broncos cornerback Patrick Surtain II and the Defensive Rookie of the Year award, the blue-chip rookie may arrive at the intersection of Value Boulevard and Sensible Way. The good folks at SuperBook Sports have Surtain’s odds to win DROY set at 14-1. Where does that rank among other odds-on favorites? Outside of the top four but inside the top-10. I like that striking distance.

There are a few factors that led me to this season-long ticket in addition to the 14-1 odds. First and foremost, Surtain should see plenty of opportunity. Broncos head coach Vic Fangio is already on record saying he’s thrown more on the plate of his rookie cornerback than any other rookie in his career. Considering Fangio’s NFL coaching career started nearly four decades ago, that’s saying something. Surtain is also in the same cornerback room as Ronald Darby and Bryce Callahan, both of whom have serious injury histories. With Washington in 2020, Darby played 16 games for the first time in a career that started in 2015. He missed 23 games, the equivalent of nearly 1.5 seasons of football, in his first five years in the league.\

Callahan hasn’t been much sturdier. He’s never played more than 13 games in any of his five NFL seasons and in the last two years in Denver he’s played ten total games. Meanwhile, Surtain missed just one game during his three-year career at Alabama. He should be on the field a bunch early in the season, and quite possibly impossible to take off the field later in the season.

Another reason I’m taking a flyer on Patrick Surtain’s 14-1 SuperBook odds to win Defensive Rookie of the Year is that we have recent history of cornerbacks winning the award. Traditionally this hardware goes to linebacker and pass rushers. High tackle totals and sacks get accumulated more than a cornerbacks signature stat: interceptions. But in recent memory that trend was bucked like a Bronco. A young Marcus Peters in 2015 and wet behind the ears Marshon Lattimore in 2017 both bought home this award. What did both have in common? High interception totals. Peters hauled in a whopping eight passes intended for the other team, while Lattimore collected 5 such picks. What helps out defensive backs with making plays on the ball? A good pass rush! The Broncos, with a healthy Von Miller and Bradley Chubb rushing the QB, should have a renewed threat level to quarterbacks. This should only assist Surtain and the rest of the Broncos secondary snatching footballs the way Aqib Talib would your untucked chain.

And lastly, there’s an underrated factor that works in Patrick Surtain’s favor. Dude was the 9th overall pick in the 2021 draft. Why is draft status a factor here? Outside of it being an obvious indicator of expectation, it also serves another purpose. Everyone already knows his name. That matters. Don’t forget the Defensive Rookie of the Year is determined by votes. Votes from human beings. Surtain won’t have to spend the first half of the season on an awareness campaign. He’s expected to be great. So if he in fact plays great, it only validates his initial projection.