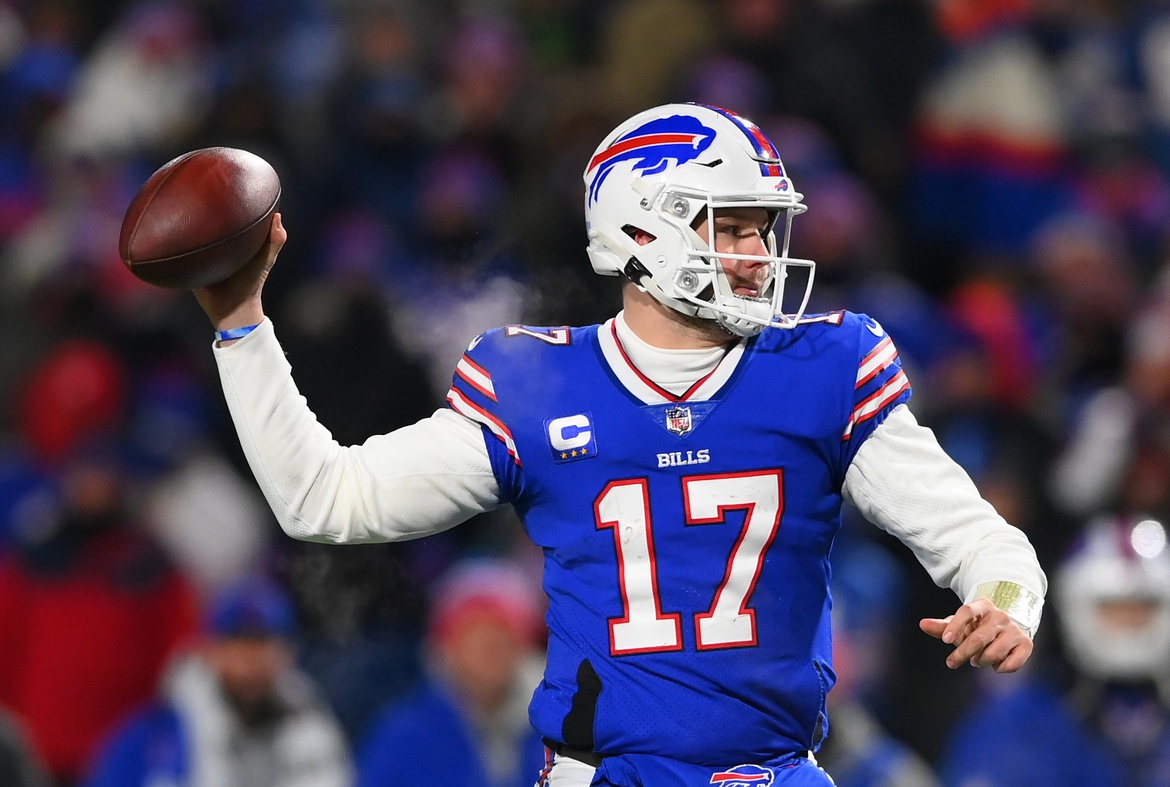 Can the Buffalo Bills live up to their lofty expectations in 2022?

Home » Can the Buffalo Bills live up to their lofty expectations in 2022?

As one of the favorites to win the Super Bowl, the Bills have big goals this season

The Bills have the highest win total of any AFC team for the coming season and are tied with the Tampa Bay Buccaneers for the highest win total in football at 11.5. The lofty expectations for good reason, as the Bills are among the most talented teams in the NFL. They have MVP frontrunner Josh Allen under center and one of the best defensive units in the league.

The Bills defense allowed just 17 points per game last season, the lowest average in the NFL. In the offseason, they got even better when they added former Super Bowl MVP Von Miller to the roster.

Buffalo has won double-digit games in three consecutive seasons and at least 11 games in back-to-back years. That said, last year, the Bills finished 11-6 and actually went under their win total for the first time in four seasons.

Last year, Buffalo lost to Pittsburgh, Tennessee, Jacksonville, Indianapolis, New England, and Tampa. This season, Buffalo will open with a gauntlet in the first six weeks, with games against the Rams, Titans, Dolphins, Ravens, Steelers and Chiefs.

This is important to factor in when looking at the over/under. Despite the first-place schedule for the Bills, it does feel like a “Super Bowl or bust” type of season for Buffalo.

Looking at the odds, the over 11.5 is priced at -130 while the under is +110. The juice indicates money coming in on the over. That is wise as this Bills team will be darn good, so long as they stay healthy. Look towards the over as this team is primed for a dominant season

People are expecting the Bills to be one of the best teams in the NFL this season, so there really is not much value betting the Bills to make the playoffs. They are currently listed at -600. Given the price, that’s not much of an option.

A better bet to consider is the Bills to win the Super Bowl at +600. Buffalo is already the favorite to hoist the Lombardi Trophy, meaning this is not a “difficult” bet to make, although winning the Super Bowl is far from easy. Still, futures bets tend to focus on value and if this team can play to the level which many expect them to, this might be the best price you see all season.

The only thing that could derail the Bills is an injury to Josh Allen. Assuming Allen stays healthy and the Bills play well, Buffalo will likely be the leaders of the pack all season long.

To put it simply: If you believe in Buffalo, bet them now. You’d rather be holding the Bills at +600 than betting them at 3/1 or 2/1 later in the regular season. They are the favorites for a reason.

An interesting player prop for the Bills is Josh Allen to win the MVP award. At 7/1 odds, he is tied with Patrick Mahomes as the preseason favorite. Like the Super Bowl odds, this is for good reason.

The only things missing from Allen’s résumé are some accolades, both personal and team. He’s made the Pro Bowl and holds the highest passer rating in single-season playoff history at 149.

At 26, Allen is the total package. Surrounded by a loaded roster, the exception is he will be among the best players in the league once again.

Much like the Super Bowl bet, if you believe in Allen, bet him to win MVP now. He’s been among the elite players in the NFL for the last two seasons and is primed for potentially his best season yet. If he plays well out of the gate, these odds will plummet, fast.