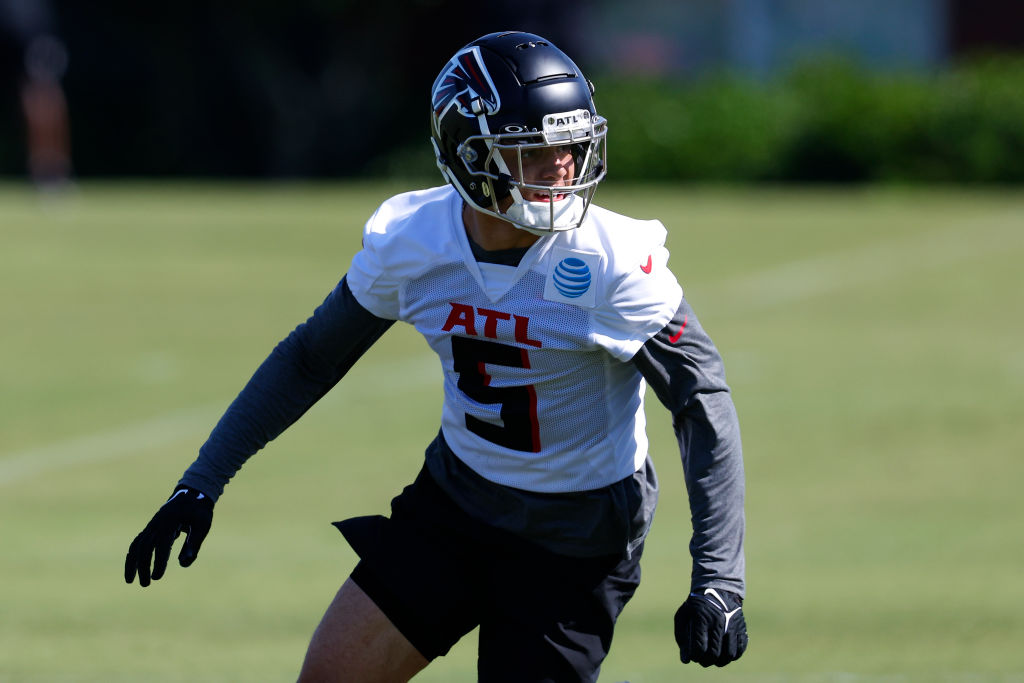 How painful will the beginning of the rebuild be for the Atlanta Falcons?

Home » How painful will the beginning of the rebuild be for the Atlanta Falcons?

The end of the Matt Ryan era signals the dawning of a new, perhaps painful, period in Atlanta

The Falcons will turn the page from the Matt Ryan era this season. With a new direction, Atlanta is in the midst of what feels like a rebuild.

This has been on the horizon since Atlanta traded Julio Jones prior to last season. It was solidified when Ryan was moved to Indianapolis this year. The Falcons are on the ground floor of their rebuild, and this season might be full of growing pains.

Atlanta won seven games last season, but the team is sure to regress with Ryan out of the picture. The Falcons drafted Desmond Ridder as the eventual successor at quarterback, but it will be veteran Marcus Mariota running the first-team offense in Atlanta to start the season.

Outside of Kyle Pitts, the Falcons’ talent across the field on offense is scarce. Calvin Ridley is suspended for the season, leaving Drake London, Bryan Edwards and Olamide Zaccheaus among the team’s top wideouts. Furthermore, former wide receiver Cordarrelle Patterson has converted to a running back and is the starter for the Falcons.

Atlanta’s offense is, well, odd. And for a team that’s offense was in the bottom third of the league last season, it’s hard to see the Falcons improving, let alone matching, their offensive output from a year ago.

The Falcons’ defense was not much better. They allowed the third-most points per game a year ago, surrendering 27.0 per outing.

Atlanta will be one of the worst teams in the NFL this season. The Falcons will likely finish last in the NFC South. And they will probably be the underdog in every game. Their outlook is bleak.

They should be competitive in games against the Browns, Seahawks, Panthers (twice), Bears and Commanders. Still, it is hard to have confidence with this team, and it’s not worth playing the over here.

Under 4.5 wins for the Falcons. There’s no other logical play.

The Falcons’ ceiling is pretty low this season. They could be the third-best team in the division at best, and they will more than likely finish in last place this year.

While the “yes” bet has strong odds, it is hard to envision the Falcons being good enough to hang in the NFC South with the Buccaneers, Panthers and Saints.

If a future is a must, go with Atlanta making the playoffs. But it’s lighting money on fire.

Someone other than Kyle Pitts has to catch the ball in Atlanta. While the Falcons offense figures to revolve around their uber-talented tight end, Marcus Mariota will have to spread it around a bit.

When he does, the quarterback should be looking in Drake London’s direction. The No. 8 overall pick in the draft, and the first wide receiver off the board, the USC product is oozing with talent.

At 6-foot-4, 220 pounds, London is a big target. He will be a handful for opposing defenses.

There isn’t a quarterback likely to compete for this award in 2022, making the race wide open. Few of the other candidates will get as many opportunities as London.

He’ll surely have some highlight moments. So, it’s a good roll of the dice that he garners Offensive Rookie of the Year hardware.