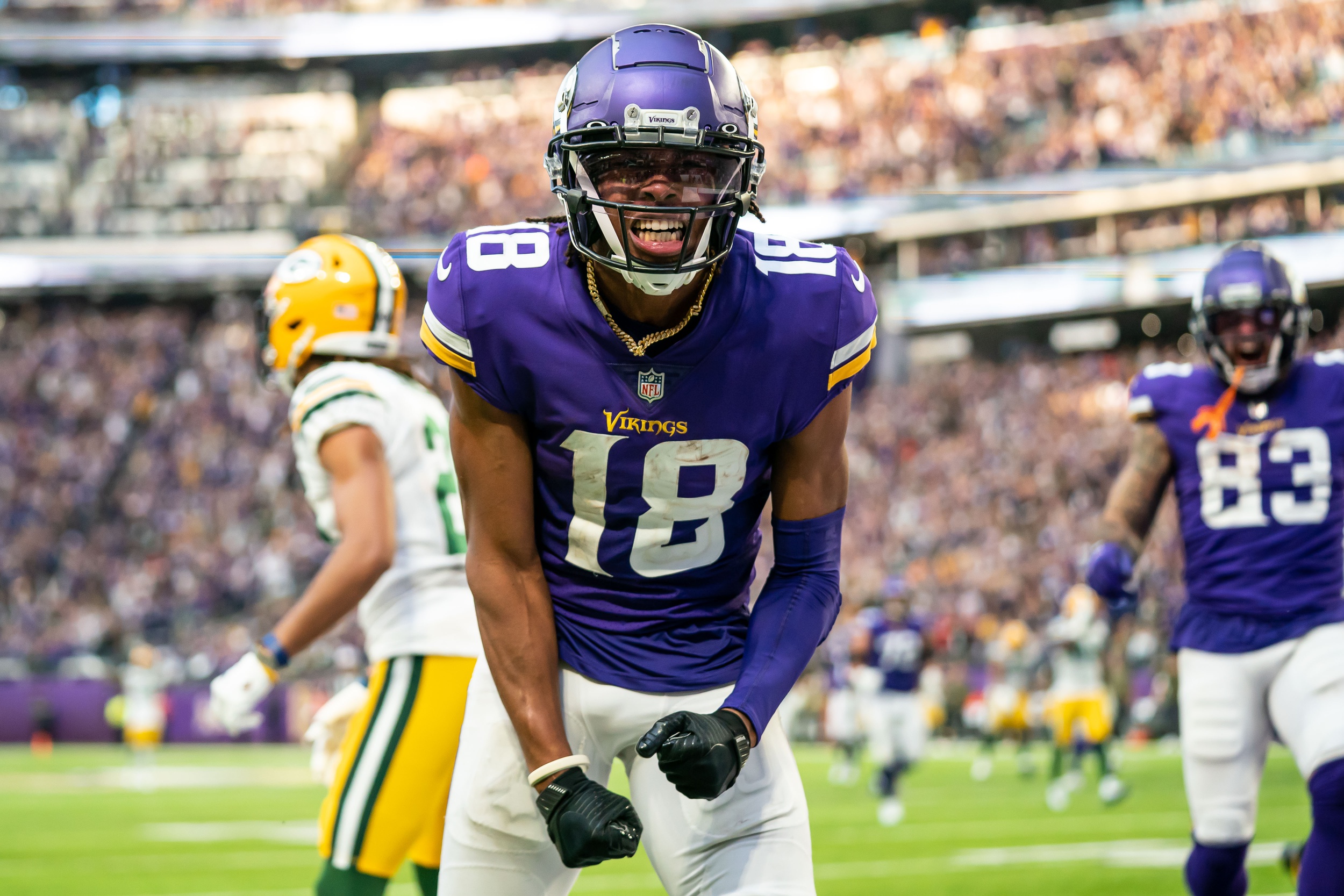 Is this the year the Minnesota Vikings finally wrestle away the NFC North title?

Home » Is this the year the Minnesota Vikings finally wrestle away the NFC North title?

The Vikings have a ton of talent. And they have for the last few seasons. Yet, Minnesota hasn’t won the NFC North in five years and the Vikings have missed the playoffs in three out of the last four seasons.

Minnesota upgraded significantly, hiring 37-year-old offensive genius Kevin O’Connell away from the Rams. O’Connell helped lead Los Angeles to a Super Bowl win, guiding one of the league’s most dangerous offenses as OC.

He reunites with Kirk Cousins, who he coached as quarterbacks coach in 2017 with Washington. O’Connell will get the most out of Cousins, who has put up huge offensive numbers in his four seasons in Minnesota.

Cousins has thrown 124 touchdowns compared to just 36 interceptions during his time as the Vikings QB. That’s a very impressive TD-to-INT ratio, one that probably surprises most football fans. Cousins is much-maligned, often unfairly.

He has a ton of weapons to work with on offense. Justin Jefferson is a star at wide receiver. Dalvin Cook is one of the best running backs in the league. And Adam Thielen is a great No. 2 wideout.

This team is poised to finally meet expectations. O’Connell has a full cupboard to work with in Minnesota.

Within their division, the Vikings get the Bears and Lions twice. If they can get a split with the Packers, four or five wins within the NFC North is totally doable.

The rest of their schedule sets up nicely. The NFC North draws the AFC East and NFC East this year, setting up some winnable games.

The Dolphins and Jets could be two more W’s. The Commanders, Eagles and Giants offer three more great opportunities.

The rest of Minnesota’s slate features Arizona, Indianapolis and New Orleans. Those could be tougher, but there’s a win or two in that mix.

Add it all together and going over 9.0 is completely doable. Take the over. This is the year it all comes together for the Vikings.

The Vikings are +250 to win the NFC North and 30/1 to win the Super Bowl. Get down on both of those futures in the next week.

The Bears and Lions both stink, and the Packers traded away the best wideout in the NFL in Davante Adams. Aaron Rodgers is a year older and spoke openly about being close to retirement, so he feels checked out.

The NFC North is there for the taking. It’s shocking you can get such good value on the Vikings to win it.

It would be jarring to see Minnesota miss the playoffs for a third straight year, even if the Vkings don’t win the division. With seven NFC teams getting into the dance, you can also play the Vikings to make the playoffs at -120. That’s stealing.

And given that the conference is loaded with great teams, getting in the dance gives them a chance. Stranger things have happened.

Justin Jefferson to Lead the NFL in Receiving Yards = 6/1

There are several player props with Minnesota worth pursuing, but it’s time to go all-in on Jefferson. He’s 6/1 to lead the NFL in receiving yards, tied with Rams star Cooper Kupp for the best odds.

He’s also 100/1 to win MVP. That has become pretty much a QB-only award, but if he’s ridiculously special, it could be worth a few bucks.

Jefferson caught 108 passes for 1,616 yards and 10 touchdowns last year. The yards trailed only Kupp, who had an insane season with 145 catches and 1,947 yards.

With real questions about the health of Matthew Stafford’s throwing arm, Jefferson is poised to pass Kupp as the NFL’s best WR. If he has 150 catches for 2,000 yards, he’ll certainly lead the league in receiving yards and could enter the MVP conversation.