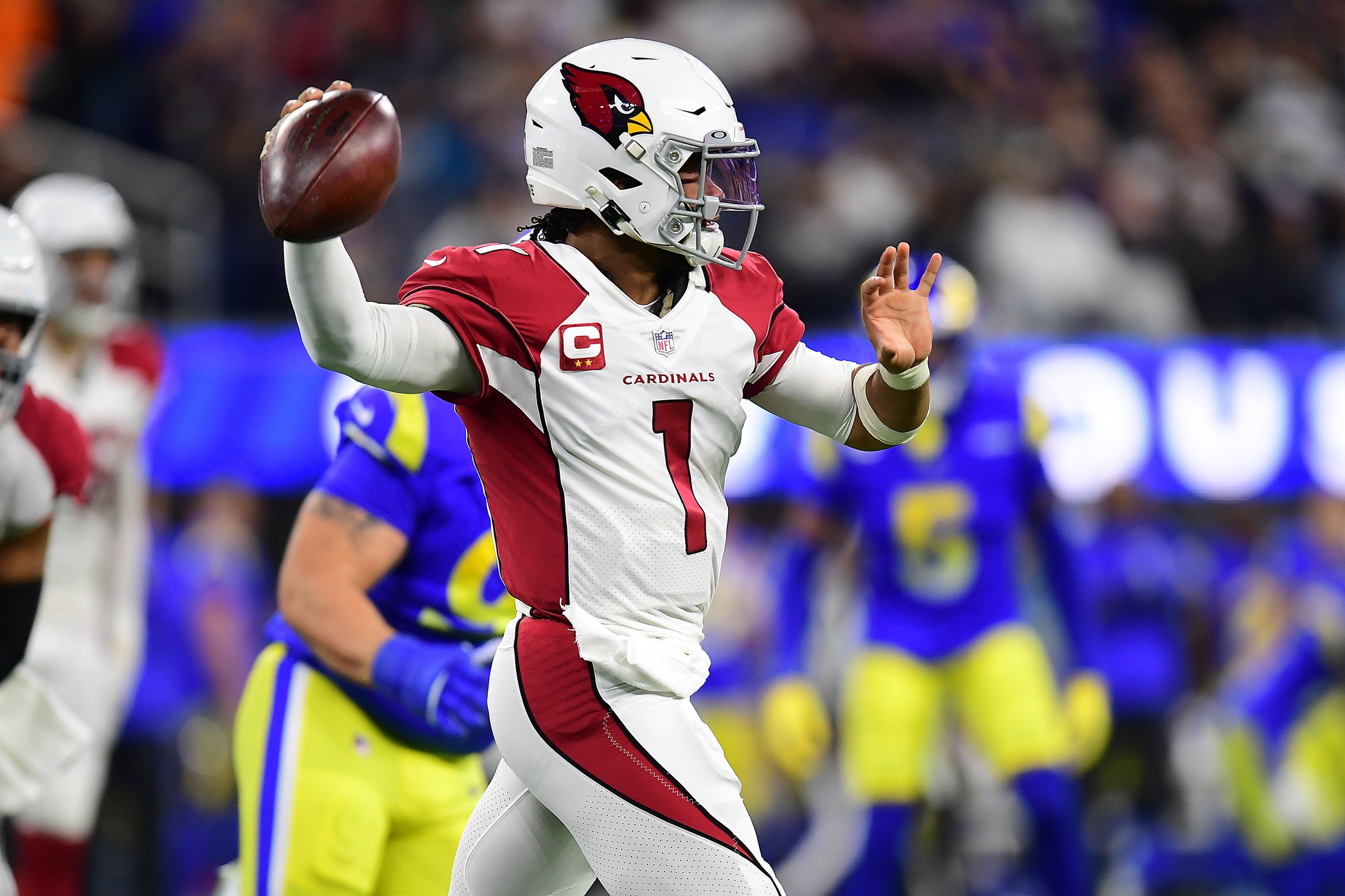 Will it be the good Cardinals or the bad Cardinals that show up in 2022?

The Cardinals are among the more-interesting teams entering the 2022 NFL season. They finished 11-6 a season ago, after opening up with seven-consecutive wins. However, Arizona ultimately fizzled out, losing embarrassingly to the Los Angeles Rams, 43-11, in the playoffs.

The Cardinals did retain players such as Zach Ertz, A.J. Green and James Conner, although they lost some key players in the offseason, such as Chase Edmonds, Chandler Jones and Christian Kirk. Arizona will also be without star wide receiver DeAndre Hopkins, who is suspended for the first six games of the season after testing positive for a banned substance.

After a tumultuous offseason due to the Kyler Murray contract situation, the Cardinals will look to return to the postseason. This time around, they hope to contend for a championship.

Murray played like an MVP through part of last season, but the wear and tear of the year ultimately resulted in an abrupt ending to the campaign. Kliff Kingsbury is back as head coach, which might not be a good thing.

That said, 8.5 wins is a pretty low number for a team that won 11 games a season ago. Perhaps oddsmakers believe their 11-win season a year ago was more a fluke than anything.

Arizona will run a mini gauntlet out of the gate, facing the Chiefs, Raiders and Rams in the first three weeks before facing an improved Panthers and Eagles squads. Outside of the two games against the Seahawks and one with Atlanta, the Cardinals’ schedule is brutal.

The price is the same on both sides of the total, and it really comes down to Murray and Kingsbury. Not having Hopkins for the first turn of games will be difficult, and this team feels like they’ll struggle to dig themselves out of an early-season deficit.

Slight lean towards the under here. But barely.

While the better price is on “yes,” it is hard to see this squad make the playoffs. They didn’t get much better during the offseason and lost contributors at various positions on both sides of the ball. Kyler Murray is a talented player, but the way last season ended has many people questioning the team’s outlook.

If the Cardinals don’t make the playoffs, they will likely move on from Kingsbury. Thus, expect the team’s best effort out of the gate. Still, their schedule is brutal, and their division is probably the deepest in the NFC. There are just more “what if’s” with the Cardinals than sure things.

They’ll likely have to get in as a wild card, and the 49ers, Cowboys, Eagles, Vikings and Saints could all be vying for those spots down the stretch. Look towards the Cardinals not to make the playoffs at -140.

The story is there. Murray received a massive contract extension from the team this offseason, although not without some controversy. At one point, the quarterback deleted any affiliation with the Cardinals from his social media profiles, and the weird clause in his deal about independent studying set off plenty of red flags. Nonetheless, the dust has settled, and Murray is looking to prove why he got his massive contract.

Murray has thrown for over 11,000 yards in his first three NFL seasons to pair with 70 touchdowns and a rating of 93.9. Last season, his rating of 100.6 was the highest of his career. Although he’s a dynamic QB who looks the part of an MVP at times, consistency has been his most significant issue.

That said, he’s a year older and hopefully a year wiser. While the attention he received in the offseason was annoying, it has set up a strong narrative for him to win the award if he can play the part on the field.

This number will dwindle if Murray and the Cards play well out of the gate. So, grab Murray at 18/1 while you can and see how the season shakes out.