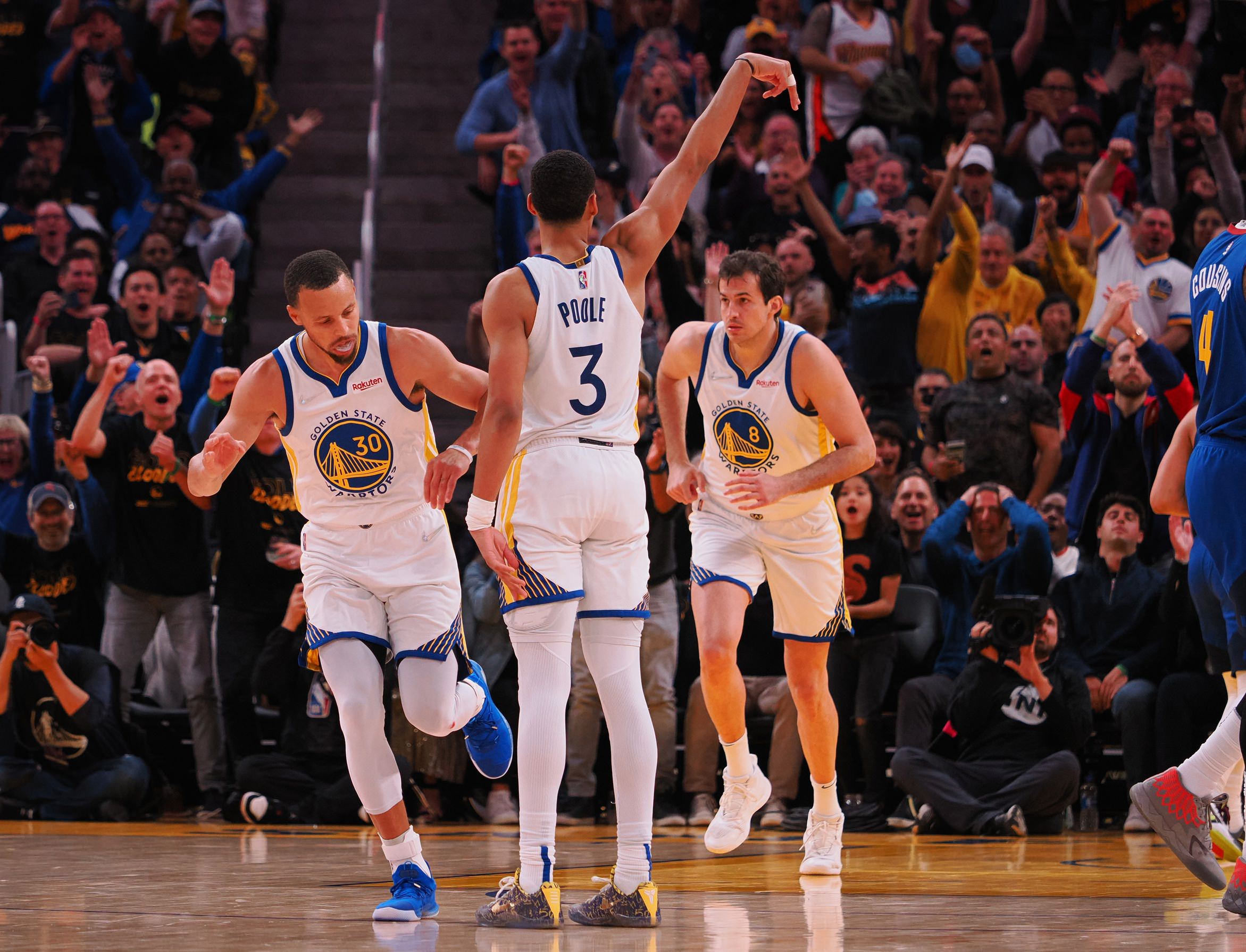 The Denver Nuggets have no answers for the Golden State Warriors

The first two games of this series haven’t been close. The Warriors took care of business on their home court, winning Games 1 and 2 by an average of 18.0 points. They weren’t even that close.

Golden State seemingly did whatever it wanted against Denver. By the fourth quarter of both games, it was garbage time, with Steve Kerr and Michael Malone emptying their benches. They were playoff games that turned into laughers.

That’s because the Warriors look like a legit title contender. With their big three – Steph Curry, Draymond Green and Klay Thompson – back on the court together for essentially the first time this season, plus the emergence of Jordan Poole as another offensive weapon, they feel a lot like the team that went to five-straight NBA Finals and won three titles.

Meanwhile, the Nuggets look like a lottery team. Nikola Jokic might be the league’s regular-season MVP, but he’s struggled in the playoffs. In large part, that’s because he’s gotten zero help. If not for the center’s greatness, Denver would’ve been a lottery team this season. Instead, they’re trying to compete with a potential champion.

If the Nuggets have any hope of getting back into the series, tonight is the critical game. It’s at home, as the series shifts to Ball Arena. Normally, that would be good news for a team. But it’s a bit tempered in Denver.

Malone admitted that the building will be “half full of Warriors fans.” That’s not good news for Denver.

Expect the game to by physical early, as the Nuggets try to set the tone. But once the Warriors start hitting outside shots, the floodgates will open.

Golden State has shown zero signs of being beatable. Denver hasn’t appeared ready to win a game. There’s no reason to believe that changes tonight.