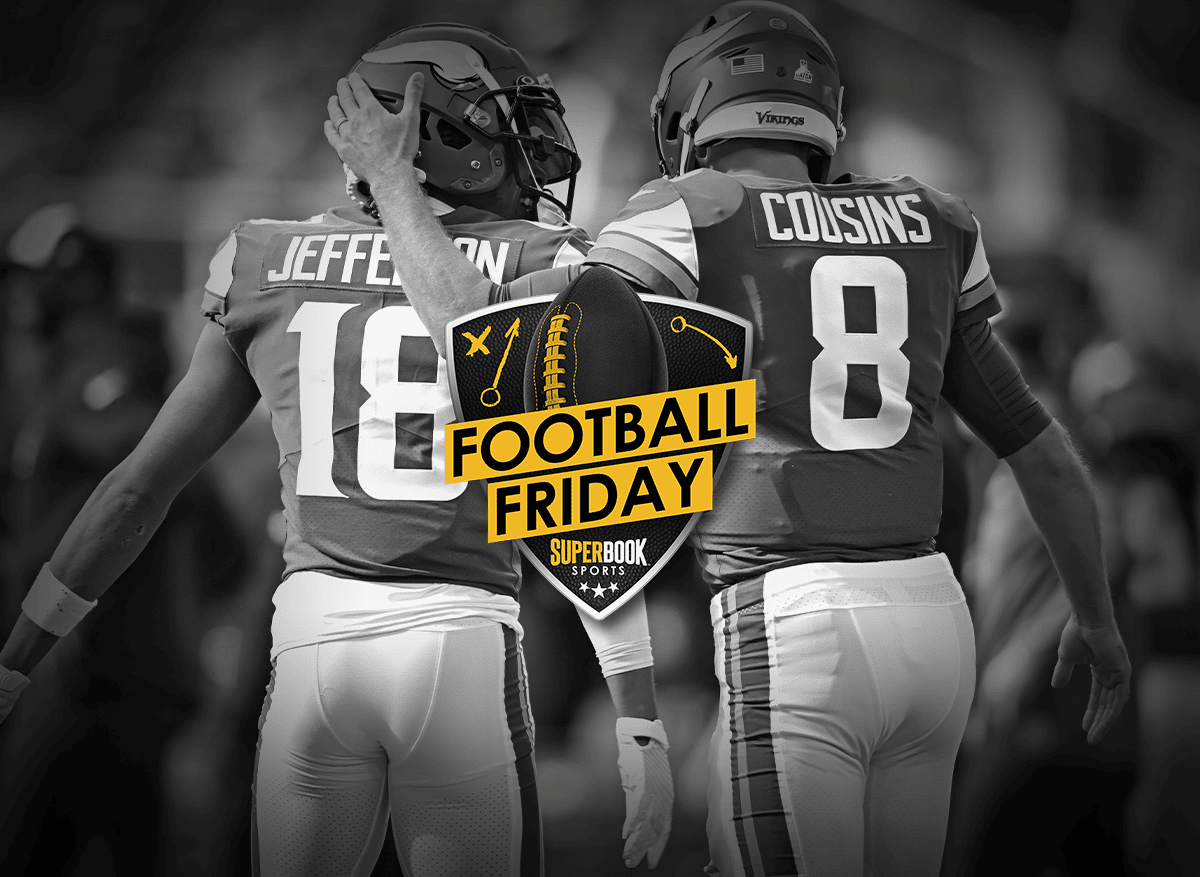 Sometimes, the bye comes at the perfect time, allowing a team to catch its collective breath, get healthy and regroup. But it can also come at an inopportune time, landing just as a team is getting hot, hitting its stride and find a groove.

The Vikings fell into the latter category. Winners of four-straight games, they were off last week, just as they were starting to get rolling.

They’ll try to get things chugging along again on Sunday, as they host an up-and-down Cardinals team. Will Kevin O’Connell be able to keep the momentum rolling through an off week?

The first-year head coach will be facing an Arizona team that got a reprieve a week ago. Amidst calls for Kliff Kingsbury’s job and cries that Kyler Murray’s contract was going to be an albatross, the Cards found a way to beat New Orleans. And they did it in fine fashion, putting 42 points on the board.

The win quieted the naysayers, at least for a week. But it’s hard to see that it’ll keep them at bay for long.

Arizona scored on a pair of pick-sixes against the Saints, as Andy Dalton handed them the game on a platter. It’s hard to imagine Kirk Cousins doing the same. Thus, the revitalization of the Cardinals is probably a bit overplayed.

The Vikings are a true contender. The Cardinals are a mirage. Go with the home team.

It’s hard to imagine that seven weeks into the season one of these teams isn’t in first place in the NFC West. But here they are, both staring up at the division-leading Seahawks. Go figure.

The Rams are one of the league’s most-disappointing teams. The defending Super Bowl champs have been mediocre, at best, evidenced by their 3-3 record. Matthew Stafford has really struggled, as the quarterback has eight interceptions and only six touchdowns. It’s the main reason why their offense is sputtering to just 17.3 points per game.

Given that the Niners are beating Los Angeles in the standings, coming into the game at 3-4, it’s safe to say that their campaign has been equally underwhelming. But a rash of injuries buys them a little bit of sympathy. The run of bad luck continues this week, as their best offensive player, Deebo Samuel, is questionable for the NFC West showdown.

San Francisco has a slightly better offense, averaging 20.7 points per game. The 49ers’ defense is only a little better than L.A.’s, as they give up 19.0 points to the Rams 21.0. So, it’s understandable why the line is slightly in the 49ers favor.

But the Rams are coming off their bye. It feels like they’ll have used that time to right the ship a bit. Meanwhile, the Niners are fresh off getting blown out by the Chiefs; that didn’t instill confidence. Go with the defending champs at home getting points.

Aaron Rodgers is a double-digit underdog? That hardly seems possible. But that’ll be the case when the quarterback and his struggling Packers take the field in Buffalo on Sunday night.

Green Bay comes into the game having dropped three-straight games. In losses to the Commanders, Jets and Giants, the Packers’ offense has often looked out of sorts. Rodgers still has good numbers (11 touchdowns and three interceptions), but every score feels like a struggle for the Packers. They’re averaging just 18.3 points per game.

On the other side, everything seems to come easy right now for the Bills. Buffalo has won three in a row, including a 24-20 victory over Kansas City in the most-anticipated game of the season. Josh Allen has already thrown for nearly 2,000 yards (1,980), while tossing 17 touchdown passes. The quarterback seems to be able to do whatever he wants on the field.

This feels like it could be a rout. The Bills are surrendering just 13.5 points per game. In front of what will be a raucous crowd on a Sunday night in western New York, their defense could overwhelm the Packers.

While Green Bay’s defense has been good, will they have enough answers to slow down the NFL’s best offense? It’s hard to imagine that scenario.

Buffalo is having a special season. Everything is going their way. That’ll continue in this one, as the old guard makes way for the new era in front of a national TV audience.

If the NFL really wants to grow the popularity of the league overseas, it needs to stop sending the Jaguars to play in London. Once again, Jacksonville brings a bad record (2-5) across the pond, setting the stage for a bad game. Their opponent, however, is just as bad. The Broncos are also 2-5, one of the most disappointing teams in the league. Denver’s offense is putrid, averaging a league-low 14.3 points per game, but its defense is really good, surrendering just 16.4. Look for a yawner at Wembley.

The NFL’s fifth-leading rusher is starting to hit his stride, as Henry has eclipsed the 100-yard mark in each of his last three games. He has 536 yards on the season, with only one rough outing out of six. This week, the running back faces a Texans defense that is dead last in the league against the run, giving up 164.7 yards per game. They’ll see a heavy dose of Henry, which they won’t be able to withstand.

The Eagles are the only undefeated team remaining in the NFL, thanks in part to their playmaking quarterback. Through six games, Jalen Hurts has thrown for six touchdowns and run for another half dozen. He can beat teams in multiple ways, a true dual-threat quarterback. This week, he’ll mostly find success through the air, as the Steelers are the fourth-worst pass defense in the NFL, allowing 275.4 yards per game. Hurts has eclipsed 226.5 in four out of his six games this season; he’ll do it again on Sunday.

A True Workhorse – North Carolina hosts Pitt on Saturday, trying to build upon its 6-1 start and No. 21 ranking. If the Tar Heels want to avoid the upset, they have one player they need to stop – Israel Abanikanda. The Panthers running back is fourth in the country in rushing yards, having amassed 959 through seven games. UNC’s head coach knows his team is facing a great player this week, as Mack Brown had high praise for the running back.

Darkness Mode Activated – There probably isn’t a trendier team in college football than Tennessee. The upstarts have captivated the nation, moving all the way to No. 3 in the rankings after upsetting Alabama two weeks ago in what was one of the craziest scenes in recent memory. The Volunteers return to Neyland Stadium this week, sporting a new look. Tennessee’s all-black uniforms will be on display, a new level of cool for the program.

The Best of the Best – As the calendar turns from October to November, it’s crunch time in college football. In the next month, teams will be jockeying for a spot in the playoff, with only four making the cut. Who has the best chance? Well, the six remaining undefeated teams in the country have the inside track. How do those teams stack up? ESPN power ranked the programs with unblemished records heading into this weekend.