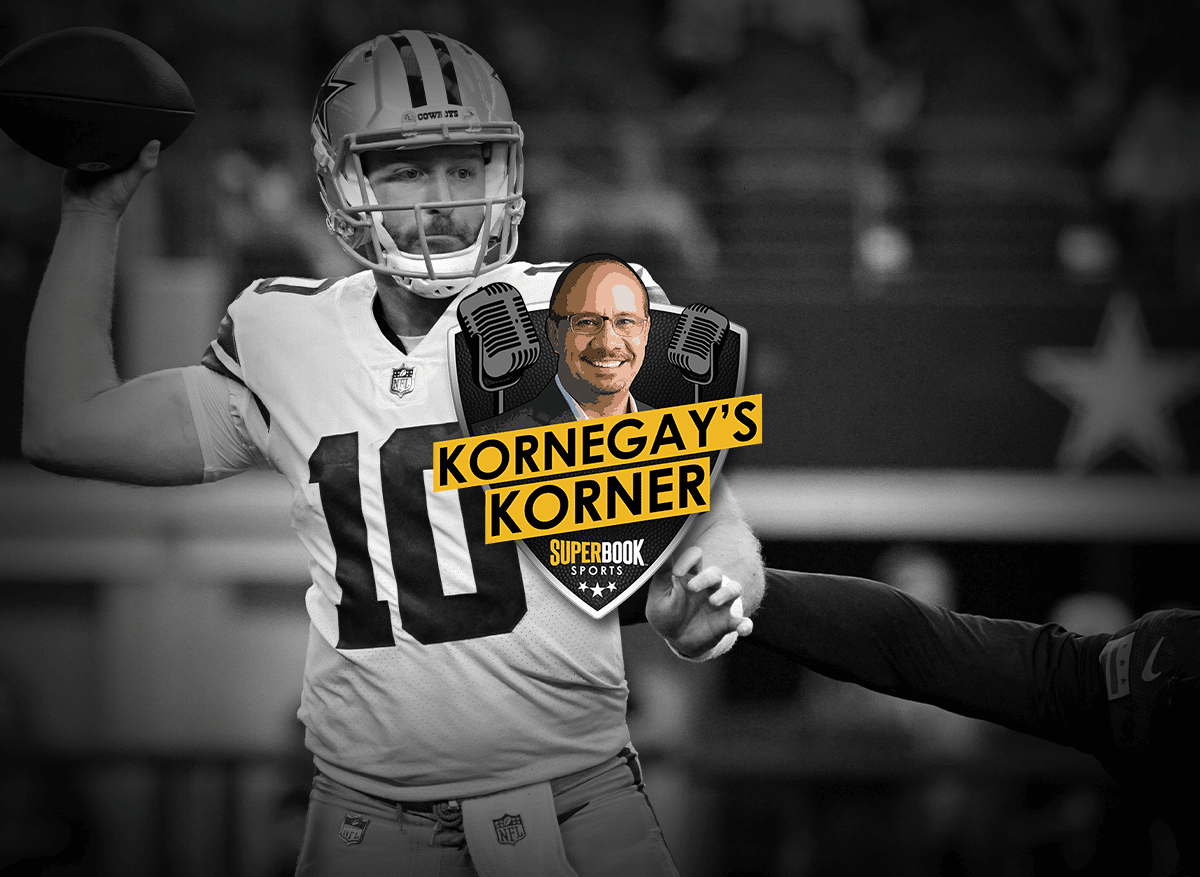 Even at 2-2, things do not look good – or even close, really – in Denver. What’s wrong with the Broncos? Is Russell Wilson the same guy? Can an already sluggish offense survive the loss of Javonte Williams? Did the Raiders expose the defense?

“We’ve seen offensive coordinators come from very successful teams but on their own they’ve been challenged,” Kornegay said. “I’ve concluded that I would hesitate to hire an OC from a team that has a Hall of Fame quarterback.”

Denver, perhaps unfortunately, made that exact hire – Hackett, who benefited from working with future hall of famer Aaron Rodgers.

“Watching the Broncos through four games, the offense seems so bland and predictable,” Kornegay added. “They rarely run play action, roll Wilson out, or use misdirection. As a fan, I’m certainly disappointed so therefore, I’m hoping they sort the offense’s woes out. The defense is still solid, though losing Randy Gregory is a big-time loss.”

The Broncos play Thursday night against the Colts. Fans and bettors alike will see how they rebound after their loss in Las Vegas.

Coach Hackett, the oddsmaker is available for consultation.

1.  The NFL playoff picture is already coming into view

At the beginning of the year, the Bills appeared to be the clear No. 1 seed. They are still a great team at 3-1, but the Chiefs are better. Their offense is unmatched and their defense is pretty legit, too.

The Bills are the No. 2 seed because Josh Allen is still an MVP-type player and they can beat just about anybody. The Ravens come in at No. 3 because they are the clear favorite in the AFC North. They are 2-2 but their only losses have come to Miami and Buffalo. Lamar Jackson had by far his worst game of the season and they still only lost by three points to the Bills.

Tennessee is the best team in the AFC South because it’s hard to believe in the Jaguars. The Chargers and Bengals have had rough starts, but they will turn it around and be good enough to make it as wild cards. And as for the Dolphins, they started great and they will still make the playoffs, but the injury to Tua won’t help.

As for the NFC:

The Eagles are legit. They are the only undefeated team remaining after four weeks. While they have had a relatively easy schedule, they are the top team in the NFC right now.

The Vikings and Packers are both 3-1 in the NFC North, but Minnesota will pull away in that division. The Rams are still good, but Monday night’s loss to the 49ers is cause for concern.

All in all, the teams that are actually good are coming into view.

It was another wild weekend in college football as there have been some shakeups across the top 25, with numerous close games and plenty of intrigue across the slate.

Clemson is rounding into form, as the Tigers beat NC State 30-20 to hold their place as the No. 5 team in the country and on the cusp for a spot in the college football playoff. While the top four remain the same this week, three of the four teams faced adversity over the weekend.

Michigan got past Iowa, but the Wolverines had to earn every inch of their 27-14 victory, as it was the toughest game they have had all season. On the other end of the top four, Georgia escaped with a 26-22 victory against Missouri, as the Bulldogs were seriously tested for the first time this year. Georgia didn’t grab a lead until less than five minutes remained in the game. While they won the contest, the Bulldogs dropped a spot in the rankings to No. 2. Alabama is the new No. 1 team in the country, but quarterback Bryce Young is dealing with a shoulder injury as he was forced out of Saturday’s game against Arkansas.

Alabama is back in the No. 1 spot after Georgia struggled, but how long will the Tide stay there? Bama plays Texas A&M this weekend in a game that is sure to have some fireworks. With injury concerns around QB Bryce Young, it will be interesting to see how they play. Teams like Oklahoma State, USC, Clemson and Tennessee are knocking on the door, waiting for one of Michigan, Ohio State, Georgia and Bama to screw up.

Is the NFC East good? The division America loves to hate has three playoff teams right now, with the Eagles at 4-0 and the Cowboys and Giants both at 3-1.

Dallas hasn’t missed a beat without Dak Prescott, as Cooper Rush led the Cowboys to their third-straight win, defeating the Commanders, 25-10. Jerry Jones declared there could be a QB controversy once Dak Prescott gets healthy, and maybe he’s onto something. Rush has done nothing wrong in his three starts, throwing four touchdowns and zero interceptions, while tallying at least 215 yards through the air in all three contests.

Meanwhile, the AFC East isn’t bad, either. The Dolphins did lose to the Bengals, but still sit at 3-1 and on top of the entire conference. If Tua Tagovailoa doesn’t get hurt in the first half of Week 4, they probably leave Cincinnati with a win. The Bills executed perfectly down the stretch to walk-off the Ravens, 23-20, and the Jets stunned the Steelers with a late rally to escape Pittsburgh with a 24-20 win and move to 2-2. Plus, former No. 2 overall pick Zach Wilson is back in the fold.

People talk a lot about East coast bias, but right now, both East divisions look like the class of the NFL. In a season that’s already four weeks in, that’s worth monitoring as the we hit the October grind.

Clip of the Week: The greatness of Deebo Samuel in one play