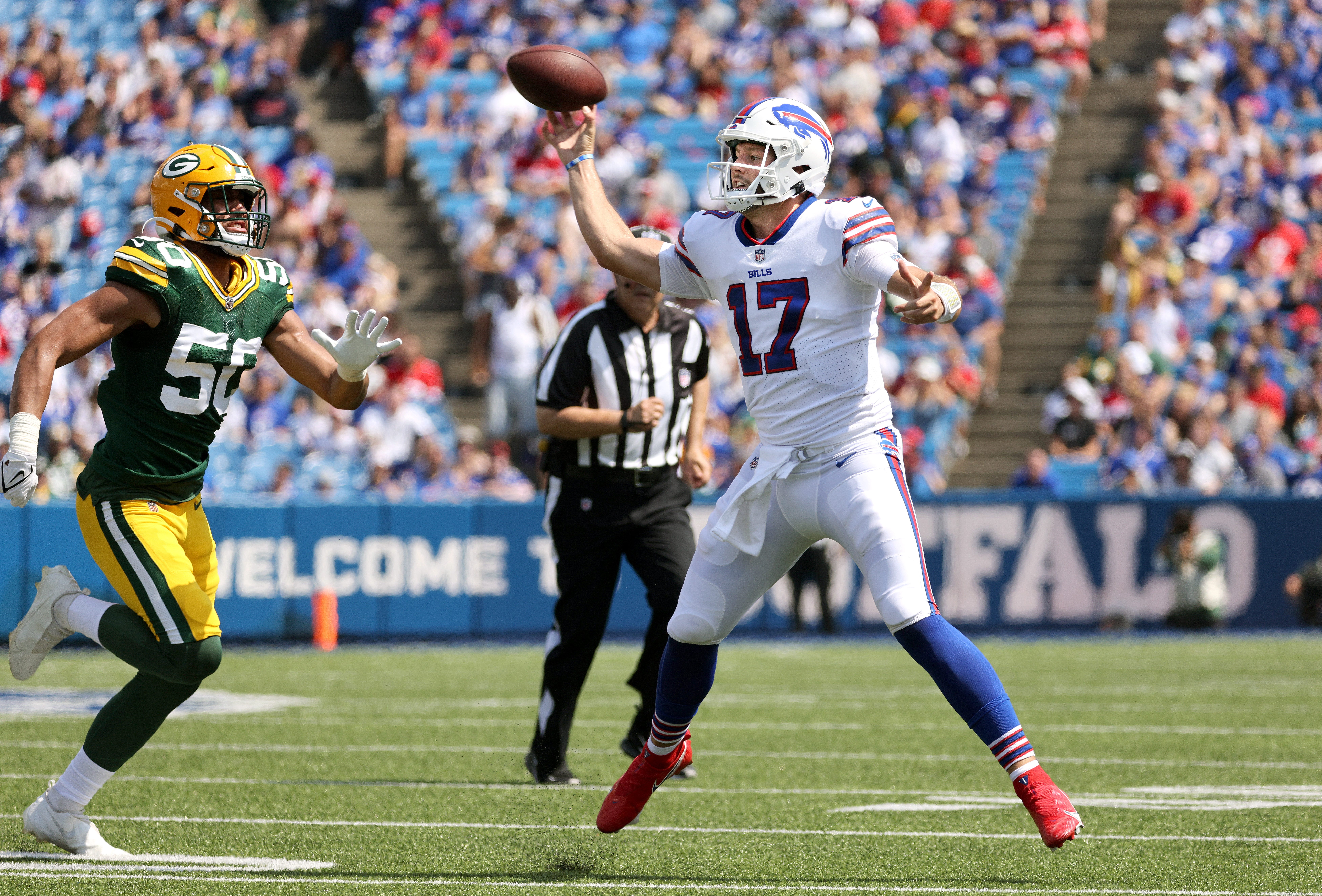 NFL Odds Week 1: Bettors Bullish on Bills, Down on Packers and Cowboys

Home » NFL Odds Week 1: Bettors Bullish on Bills, Down on Packers and Cowboys

NFL Week 1 betting, I’d like you to meet college football Week 2 betting. I know you’ve met previously, pretty much every year at this time. But I figure it’s just good manners to reintroduce you to each other with the big football weekend ahead.

Across this great nation, sports bettors are undoubtedly eager for this reunion. It all starts Thursday night, with the NFL regular-season opener between the Buffalo Bills and defending Super Bowl champion Los Angeles Rams.

There are plenty more compelling NFL matchups to follow and, of course, wager on. And on Saturday, we get a treat with Alabama vs. Texas. Let’s dive into what I’m hearing from my sources.

The following are a handful of NFL Week 1 and college football Week 2 betting nuggets for your consideration.

It’s been the theme of the offseason at sportsbooks everywhere. Bettors can’t get enough of the Buffalo Bills. The Bills are wildly popular, whether it’s Super Bowl odds, the win total or season-long player props.

The same holds in the NFL Week 1 odds market. Most oddsmakers are absolutely rooting for the Los Angeles Rams, who are 2- or 2.5-point home underdogs, depending on where you shop. At DraftKings, for example, the point-spread ticket count is 2-1 on the road favorite Buffalo, and point-spread money is running 3-1 in favor of the Bills.

But interestingly, it’s a little different at The SuperBook.

“We have more tickets on the Bills, but more money on the Rams,” SuperBook senior risk supervisor Casey Degnon said. “So as we stand right now, Bills Mafia covering the 2.5 would be good for us. In an ideal world, the Bills cover and the [total] goes Under, as we have about a 3-1 ticket count in favor of the Over right now.”

All that noted, it’s worth reminding that on NFL games, the large majority of money comes in on game day, and even more so in the final hour leading up to kickoff. Things can change in a hurry.

“A lot can happen in the next 24 hours,” Degnon said Wednesday night. “I feel like we will see more Bills money as we get closer to kick.”

Another recurring theme heard from both oddsmakers behind the counter and sharp bettors on our side of the counter is that there’s little respect for the New England Patriots. And in the case of NFL Week 1 odds, rising respect for the Miami Dolphins.

And that bettor was smart enough to get the best of the number. The Dolphins touched -4 this week at a few major sportsbooks and are currently -3.5 everywhere.

Oddsmakers are somewhat taken aback by the Patriots-Dolphins action.

“The Dolphins betting is more one-sided than I would’ve expected. Public and sharp money is all to that side,” SuperBook executive director John Murray said.

The SuperBook opened Miami -3 way back in May. Bettors could’ve gotten Dolphins -2.5 from late July to late August. The SuperBook returned to -3 Aug. 28 and went to -3.5 Tuesday.