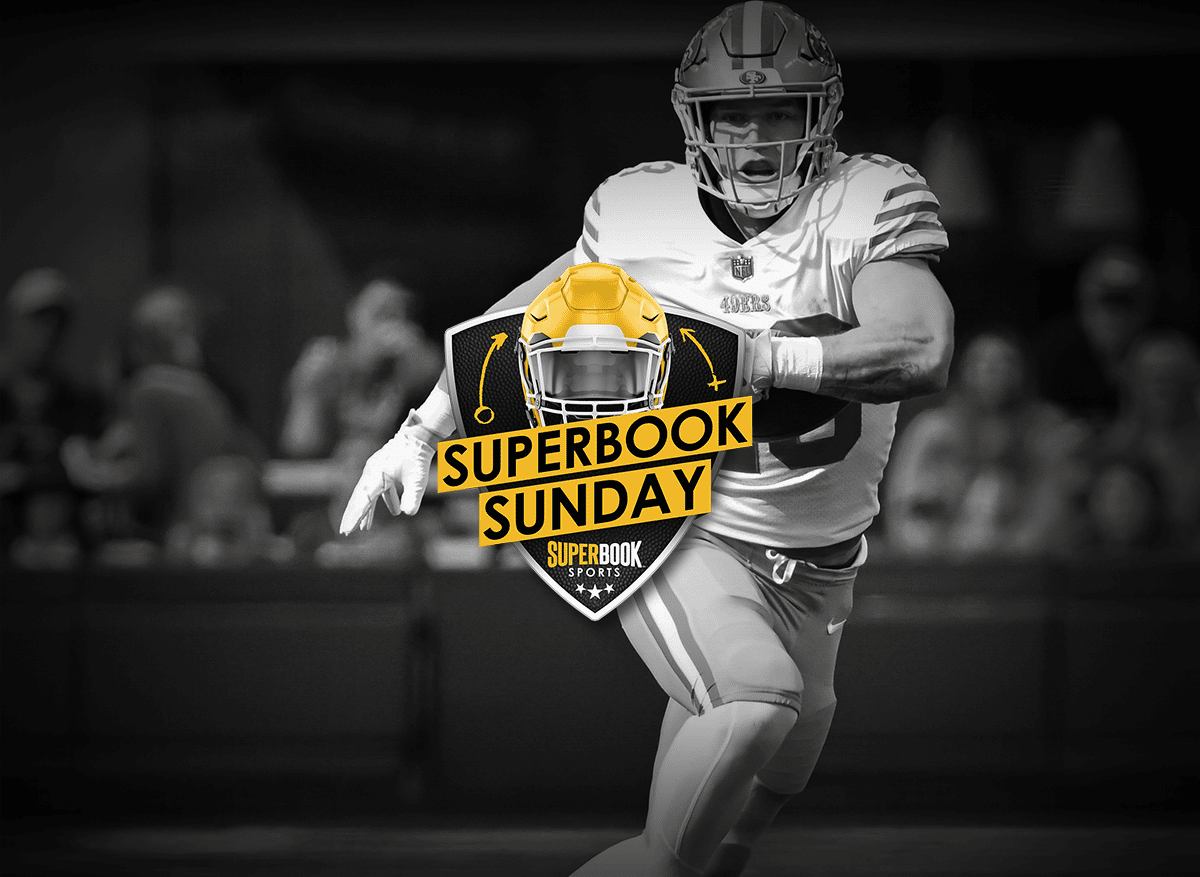 Sunday night’s West Coast matchup is an interesting one. It pits a team that’s reinvented itself along the way in the 49ers versus one that’s trying to find its former self in the Chargers.

Both teams are in second place in their respective divisions – two divisions that were once thought to be the best in the NFL. That hasn’t played out thus far, but Sunday’s game could be pivotal in how each team finishes. At 5-3, the Chargers feel like a “distant” second place team behind the Chiefs. But at 4-4, the Niners are coming off a bye week and trending upward. In fact, despite trailing the 6-3 Seahawks, San Fran is still the odds on favorite to win the NFC West.

This one sets up to be a defining game for the second half of the season. Settle in for an old west showdown.

That big of a number might be a little intimidating, given the fact that the 49ers are going against a team that’s currently got a better record. But with the addition of Christian McCaffrey, the emergence of Brandon Aiyuk and the steady improvement of Jimmy G, the Niners are capable of big things. Pair that with the fact that in their four wins, they’ve won by an average margin of 18.5 (the smallest of which was 15), the only decision bettors must make is whether or not the Niners will win. And in this instance, they will. Take San Fran and give the points. If you’re still nervous, buy back the hook.

One reason the 49ers are a good bet to cover most spreads, is their dominant defense. And now that the offense has weapons, “covering” could be the norm in San Francisco. But hitting the over is a different story. The same defense that stymies the opposition can also make it tough to surpass a big number. And because the 49ers have the ability to run – and run out the clock – getting to 46 points could be a big ask in this one. This one feels like it could be a 30-13 kind of game in a blowout, maybe a 24-16 if it’s lower scoring. Besides, in 2022, the under is the in play across the league. Take the under on Sunday night.

The Chargers have one of the worst run defenses in football. The 49ers have one of the best rushing attacks in football. So why then would a bet on Jimmy G going over on passing yards be a smart play? Here’s why: The Niners will inevitably begin by pounding the rock at the Chargers weak and injured interior defensive line. Without adjustment, this should work. But, once the Chargers begin to pack the box in hopes of slowing down San Fran’s ground game, there will be ample opportunities for big strike plays. Garoppolo and Aiyuk will take advantage and the yardage will pile up.

Let’s start this party off nice and early with a breakfast of streusel and knockwurst, live from Germany, as Tom Brady and the Bucs square off against Geno Smith and the surprise Seahawks. Six months ago, anyone – whether they speak English or Sprechen sie Deutsch – would have marked this down as a “hit snooze” game. Brady versus Smith? It would have been, should have been, a foregone conclusion. And it still might be – only opposite of what anyone not wearing lederhosen would have initially imagined. Seattle is a legit contender, and their numbers prove it. The Seahawks are fourth in the NFL in points per game.

Smith is now sixth in the NFL when it comes to passing yards and fifth in passing touchdowns. Those unprecedented numbers are the key reason why Seattle is first place in the NFC West and the current No. 3 seed in the NFC. The Seahawks defense has been their only issue throughout the season. They are 27th in average time of possession, 24th in opponent yards per game and 22nd in opponent PPG. But it shouldn’t be a problem against the Bucs, who can’t seem to get out of their own way. The Buccaneers are 25th in PPG and 19th in YPG. Their offense, despite having playmakers in all aspects, has been lackluster. All in all, Tampa Bay should not be favored in this matchup. Tom Brady and the Buccaneers will be the first NFL team to ever lose in Germany. And as Steve Quinne predicted on Friday, Brady might be the first person to ever smash a tablet there, as well.

Let’s get something out of the way: Don’t overthink Denver’s recent win or Tennessee’s recent loss. Sure, the Broncos are “hot” coming off of a victory of Jacksonville in London. And yes, the Titans just lost for the first time in six games. But the Jags are not good and the Broncos still don’t seem to be able to score. Meanwhile, the Chiefs, who eeked one out at home in overtime against Tennessee last week, are one of the top teams in the league.  This line is right on the money because, given the strengths of each team, the game should be close. Tennessee is 24th in points per game and 32nd in yards yet they are still 5-3. That is bad news for the Broncos because it means the Titans are winning close games more often than not. Denver has had seven of their eight games decided by a touchdown or less and they have scored more than 20 points just twice this year. The Broncos offense has been stagnant to say the least, as they rank 30th in PPG and 20th in YPG.

This game has the makings of a 17-14 type game in which the Titans prevail. The Broncos have a top-three defense, but they’ve yet to play a team that quite literally doesn’t care about the pass. Denver’s D will be tested against Tennessee’s physical style on offense. Bettors should take one or both of Steve Quinne’s suggestions: Tennessee to win, and the under.

When the Niners win, they tend to win big. Remember, in their four wins, they’ve won by an average margin of 18.5, with the smallest being a 15-point win over the Rams). San Fran looks like a team on a mission, while the Chargers, even at 5-3, don’t look like the Chargers of 2021. Kyle Shanahan and John Lynch didn’t acquire Christian McCaffrey because they’re going nowhere – they’re in it to win it, and the Chargers won’t be a team that stands in the way.  Shanahan is coming off of a bye week – two weeks to find new and better ways to play with his latest weapon – and that doesn’t bode well for the Chargers.