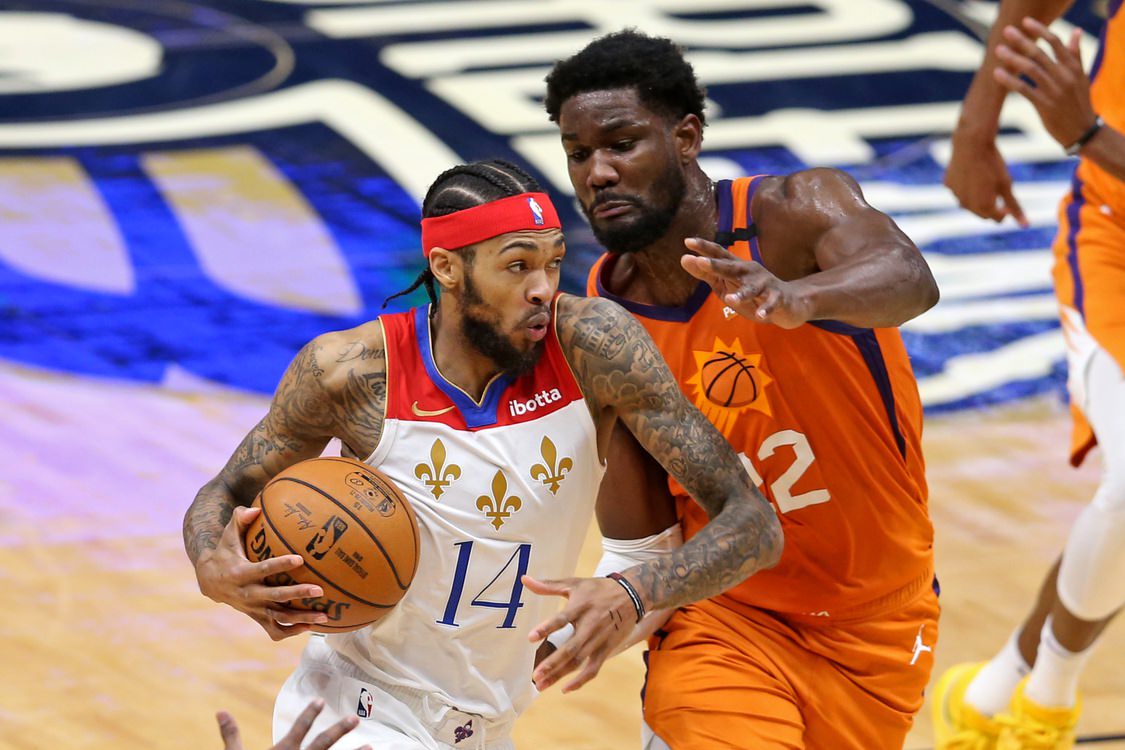 Both the Suns and the Pelicans will be shorthanded tonight when they square off on NBATV. Phoenix is without Chris Paul and Cameron Jordan, while New Orleans won’t have Brandon Ingram, Zion Williamson and C.J. McCollum.

This news gives the Suns the distinct advantage. They’re much deeper, giving them the ability to overcome the injuries.

A look back at the last time the two teams squared off explains why. In that game, New Orleans notched an impressive 117-102 win. But McCollum and Ingram combined for 60 points.

Fast forward three weeks and that duo won’t be on the floor for the Pelicans. It’s hard to imagine them mustering enough points to pull off the upset again.

On the other side, Devin Booker and DeAndre Ayton will allow the Suns to take advantage of a shaky New Orleans defense. The Pels allow the NBA’s fifth-most points in the half-court, a weakness that Phoenix’s remaining stars can exploit.

The Pelicans are a gutty team, one that is trying to hold their No. 10 spot in the West. But the deck is stacked against them tonight against the Suns.