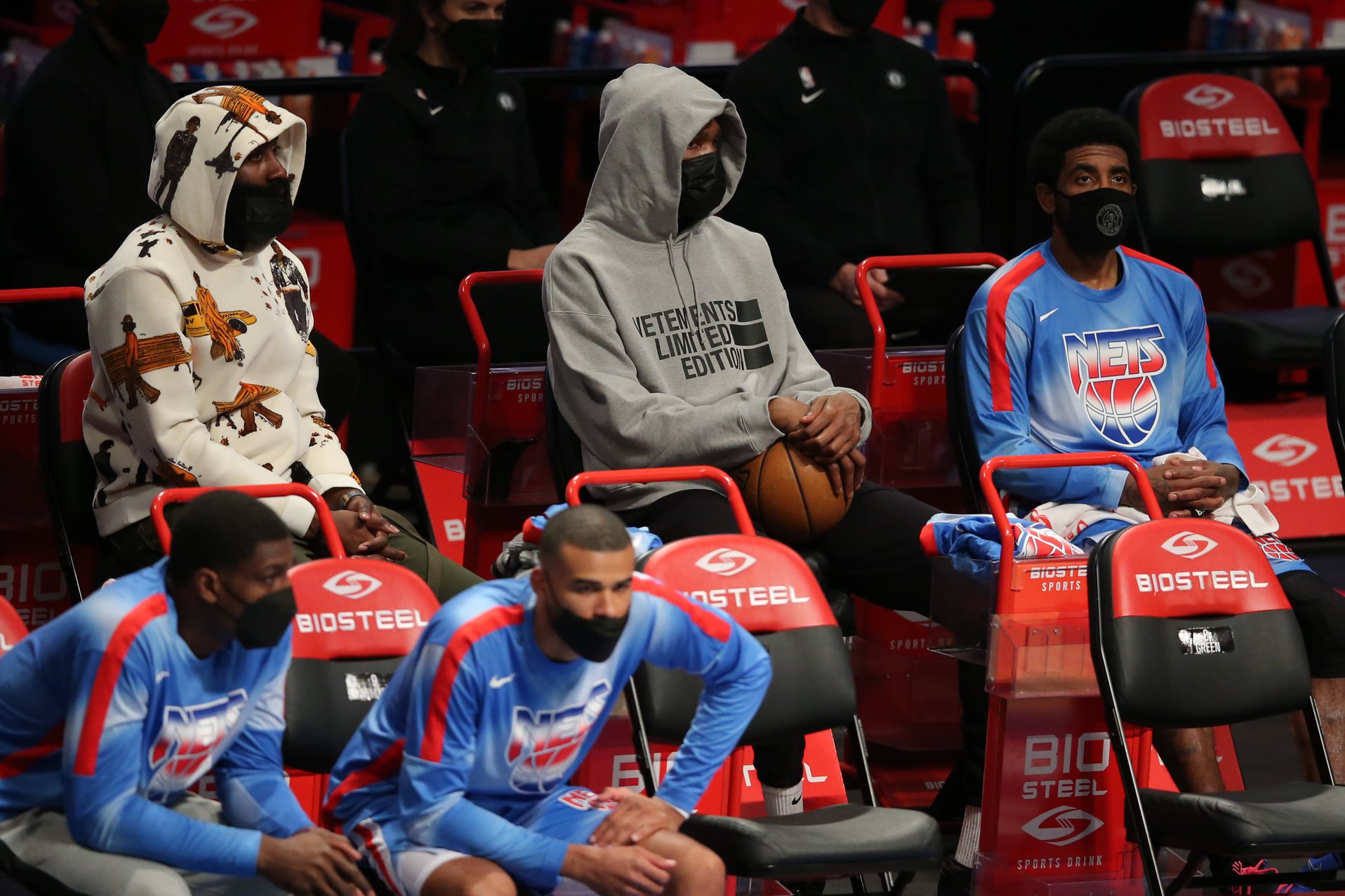 The Brooklyn Nets battle for playoff positioning against the Charlotte Hornets

When the NBA Playoffs roll around, it’s hard to imagine the Nets not being a big part of them. Their roster is too talented. And the New York market is too important to the league.

Thus, it will be interesting to see how the final eight games of the season play out. Brooklyn is currently in the No. 8 spot, two games behind Cleveland for seventh and three back of Toronto to avoid the play-in game.

The Nets also have Charlotte and Atlanta in their rearview mirror. The Hawks are one game behind the Nets, while the Hawks are two.

Odds are that Brooklyn will move up, not down, the standings. That process will start tonight.

Kyrie Irving makes his home debut for the Nets tonight. The city of New York has finally lifted the vaccine mandate that kept the star guard out of the lineup when his team was playing at the Barclays Center.

He’ll certainly make an impact. The last time Brooklyn played Charlotte, Irving roasted the Hornets for 60 points, powering his team to a 132-121 victory.

It won’t be easy, though. Charlotte has been playing good basketball, having won four of its last five games, including wins over the Jazz, Mavericks and Hawks.

Brooklyn has also been hot, however. The Nets have won three out of four games, including a 110-95 blowout victory over the Heat last night in Miami.

In two weeks, it’s hard to imagine the Hornets ahead of the Nets in the standings. That’s why Brooklyn is the smart play tonight.